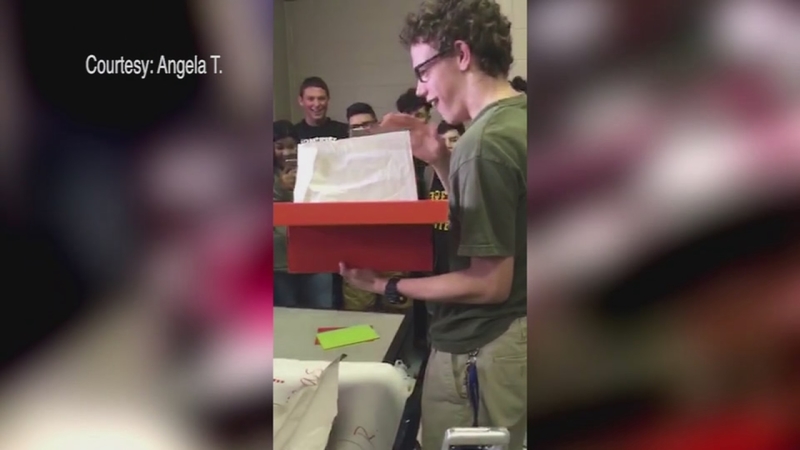 SOMERSET, Texas -- A video of a special needs student receiving a special gift has gone viral - all because three football players at the school decided they wanted to help.

Students gathered to watch their classmate open his gift - two new pairs of shoes - and his reaction is priceless.

"Green! My favorite color, man!" the student is heard saying.

"It's from all of us. Everybody here gave 'em to you," someone says in the video.

"So it was like when we saw that, we were just giving to somebody who needs help," said Roger Villegas, who raised money for the gift.

So Solis, Villegas and another football teammate, Martin Ramos, sold candy to raise money. Between that and the cash they and others donated, they got the shoes.

J.R.'s mom said he was wearing the too-small boots because they were his grandfather's, and he insisted on wearing them instead of his shoes that fit. He may not have needed the shoes, but his mom says that doesn't change what the other boys did.

"It's not about needing it. It's something he wanted, and these boys basically granted a wish he wanted," said Linda Gilbert, J.R.'s mom.

And the boys got something, too.