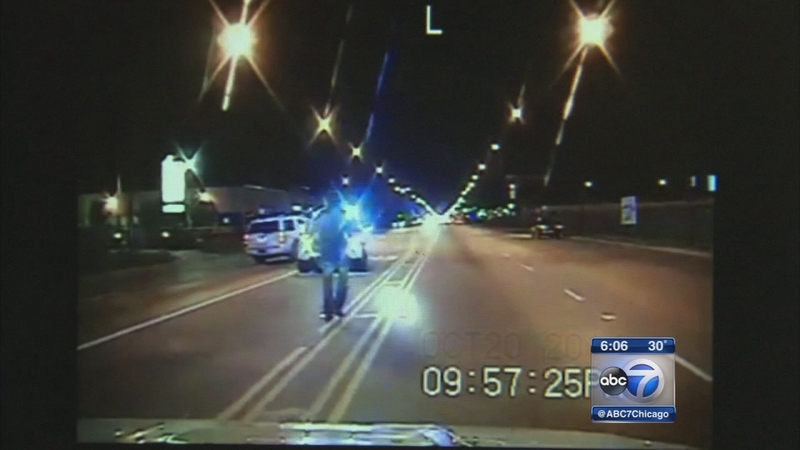 CHICAGO (WLS) -- Following calls for a special prosecutor in the Laquan McDonald police-deadly force case, the ABC7 I-Team reports there are moves in Springfield and Washington aimed at putting independent prosecutors on police shooting cases.

In the Laquan McDonald case - and other deadly force incidents when police officers end up charged - it's the local prosecutor who gets the case.

Some consider that a conflict because of the relationship prosecutors have with police, depending on them as resources and witnesses in criminal cases.

But on Thursday the county's Chief Judge Timothy Evans said he can't order an independent prosecutor to take over that "no language in the statute authorizes the chief judge to make the appointment" of a special prosecutor.

Evans says though that "on January 1st an amendment to the statute takes effect that appears to allow the assigned judge to take the initiative to start the process of considering whether a special prosecutor should be appointed."

"I think the public wants two things - they want to feel safe on the street and they want to make sure their police are acting appropriately and it doesn't hurt any institution to have greater scrutiny particularly if things are going well. Obviously serious mistakes, very serious mistakes have taken place and it's time for that greater transparency and that greater accountability," said Rep. Mike Quigley, D-Chicago & West Suburbs.

Under the legislation, if a state doesn't allow special prosecutors, they would lose 20 percent of federal law enforcement funds.

"We need to protect good policemen but we also need to reprimand ones that are not good and it needs to be done in a fair way so that it doesn't interfere with the process of law enforcement working with prosecutors to protect the public in criminal cases," said Rep. Steve Cohen, D-Memphis, Tennessee.

- State's Attorney Alvarez enlisted the help of the FBI for an independent investigation of the (Laquan Mcdonald) Van Dyke case at the very early stages. And clearly, she has not failed to act in this case; she has filed the strongest possible charge of First Degree Murder.
- As Judge Evans points out, if there is a request made for a Special Prosecutor, it will ultimately be determined by the trial court Judge and we will evaluate what the stated reasons are and make a legal determination.
- If the federal government passed a law such as the one suggested we would not object.