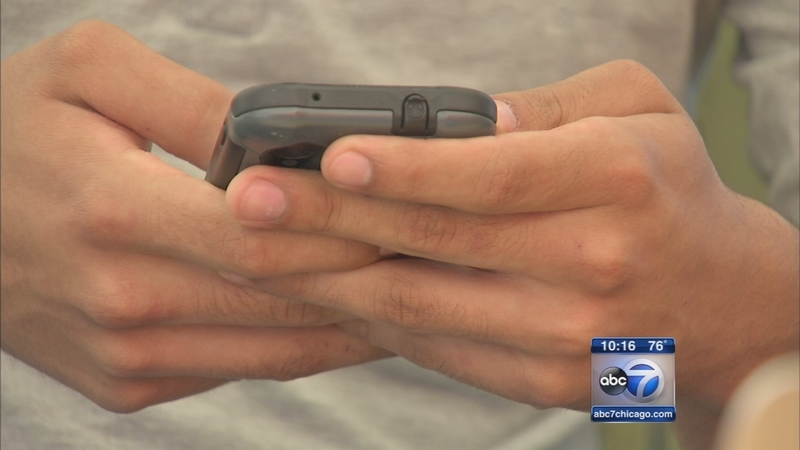 CHICAGO (WLS) -- The ABC7 I-Team exposed a surge of calls hitting Chicago and the suburbs where thieves are asking for your information. The scheme involves technology known as "telephone spoofing."

It starts with a mysterious call from what may look like a legitimate local number. It can end with you giving a scam artist your check or credit card information.

In recent weeks, consumer activists say the Chicago area has been hit hard by people who are "spoofing" and trying to rip you off.

The call can come from an unknown number, or even one with a Chicago area code, ut the people on the other end are most likely overseas. Federal authorities say they're using technology to fool you into thinking the number is local - a technique called spoofing.

"I answered it and it was an automated computerized voice telling me that my Chase card had been locked in that up I wanted to reactivated I need to press one so I pressed one at that point the automatic voice asked me to enter my card number," said Cheryl Kopczyk.

Instead, Joliet resident Kopczyk hung up, then called the number on the back of her Chase card. The bank and consumer experts say she could have been several digits away from allowing someone to access her checking account.

"Until they asked for my credit card information, that's when it threw up the red flag," said Kopczyk.

A Chase spokesperson tells the I-Team that it is warning consumers about the scheme and telling them to handle the situation like Kopczyk did. But the Better Business Bureau says people have fallen for it and this pitch can be convincing.

"There is a problem with your credit card and you got to take immediate corrective action and call up and they want you to verify it's you by giving your credit card number ," said Steve Bernas, Better Business Bureau.

BBB president Bernas and federal investigators suspect the people making the calls somehow buy lists of cell and home phone numbers, or use robo-call capabilities to randomly dial. Bernas says the Chicago area has been flooded with these calls in the last few weeks.

In southwest suburban Crestwood, Laura Knych recently got two of those calls, where the caller ID showed several zeroes.

"As soon as it said something about your credit card being compromised I hung up because I don't have no credit cards," said Knych.

And there's this "773" number which came up on the caller ID of two ABC7 employees. On Google, that same number has logged several complaints from potential victims who heard that same story about their checking or credit card. The I-Team called it, but we got routed to a voicemail.

The Federal Communications Commission and the Federal Trade Commission says the Truth in Caller ID Act prohibits spoofing for the purposes of defrauding. The challenge is tracking down suspects.

The FTC points to one recent case where they say a "Paul Navestad" used robo-calls to get $1.1 million from unsuspecting victims. Authorities say they shut down the operations and fined Navestad $20 million, but the FTC says he's believed to be out of the country, avoiding the fine and dodging an arrest warrant.

"Just because you have that moment of panic-- has somebody gotten ahold of my information?" said Kopczyk.

If you get one of these calls you can report it to the FCC, FTC or the Better Business Bureau.

You should also sign up for text and push alerts linked to your accounts so you can monitor all of your account activity.

The most important thing to remember: no bank should ever call you to ask for your credit or checking card number.