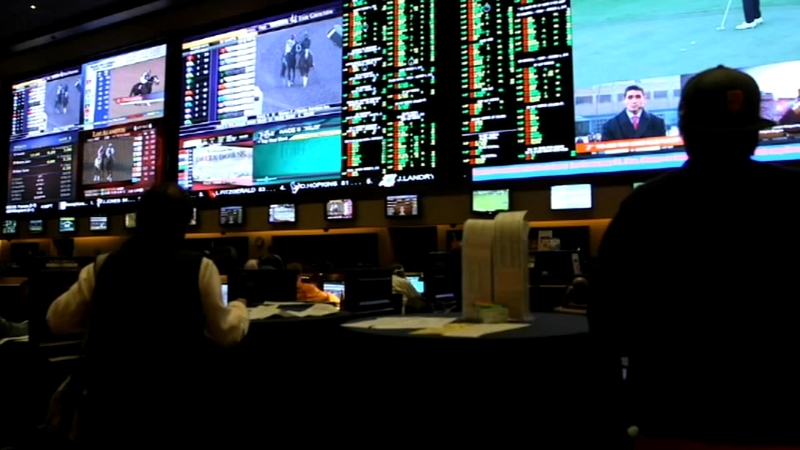 CHICAGO (WLS) -- Sports betting is moving a step closer to becoming a reality in Illinois as lawmakers work quickly to capitalize on the gaming market that is about to take off in neighboring states.

Lawmakers sought one more round of input from stakeholders on Thursday. With college athletics such a big business, athletic directors from 12 universities across the state joined together to express big concerns about legalized sports betting.

"We are in agreement that we oppose legalized gambling on college sports," Illinois State University Director of Athletics Larry Lyons said on behalf of the group.

Lyons told lawmakers during a hearing that if Illinois does decide to allow betting on college games, that at least it should be restricted to those 21 and older.

One of the lawmakers working to craft the bill says protecting student athletes is important, but it's a balancing act with competing interests.

"If the NCAA's saying give us a piece of the pie, the athletic directors are saying leave our student athletes alone, that causes a little consternation for lawmakers," said State Rep. Mike Zalewski, (D) Chicago.

Governor JB Pritzker would like to see 20 entities each pay a $10 million licensing fee to get into the business to generate $200 million for the state this year. But with lawmakers in Indiana and Iowa recently approving their own sports betting bills, Illinois' fees were called into question.

"If we look at what's proposed in Indiana, $100,000 with a 9.5 percent tax rate or Iowa with $45,000 with a 6.75 percent tax rate, those are sustainable and those allow for more competition in the market place," said Robert Davidman, a partner at Spreads Group.

"I do not view licensing fees as a barrier to entry right now I think we're going to have plenty of people who are very interested in doing this," he said.