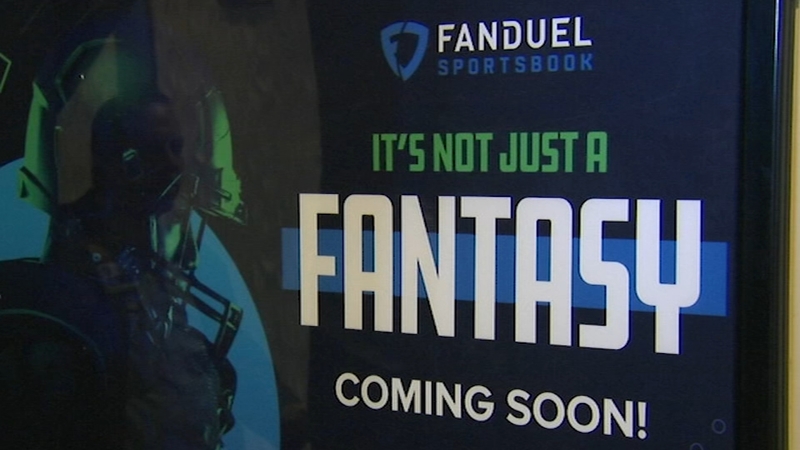 Just days from now sports betting will be legal in Indiana.

While Illinois is still behind the curve, the new law is expected to have Illinois residents placing bets right across the border when the first wagers are collected on Sunday.

Blue Chip Casino has been attracting gamblers for decades with blackjack, slots and table games. But come Sunday, they expect sports betting to be the latest attraction.

Construction is just about finished in hopes of a grand opening next week.

"It's a big push to get it open for football season. Perfect timing," said Bret Cox with Blue Chip Casino.

Blue Chip is partnering with FanDuel and has lined up Bears' Hall of Famer, Brian Urlacher, to make the first bet for the grand opening before the Bears game next Thursday.

They said they have modelled the design to be similar to one they opened earlier in the year near Philadelphia.

However Blue Chip will have lots of competition from other Indiana casinos, including Ameristar in East Chicago which plans to launch on Sunday. Horseshoe in Hammond also plans to open next Wednesday.

Both have big plans for the start of the NFL season, and for local fans it's a major convenience.

"I got a buddy that flies up to Vegas to bet on football. This is closer, definitely closer," said football fan Philip Brown.

For Illinois fans, Indiana is also the closest option because even though lawmakers have approved it, the gaming board has not yet approved any licenses.

"We haven't thought a whole lot about Illinois," said Cox. "We're focuses on the book here and making it the best one in the area."

Wednesday afternoon the Indiana Gaming Commission gave final approval to five sports book operators, including Ameristar and Horseshoe. That will allow them to open once the law takes effect on September 1.