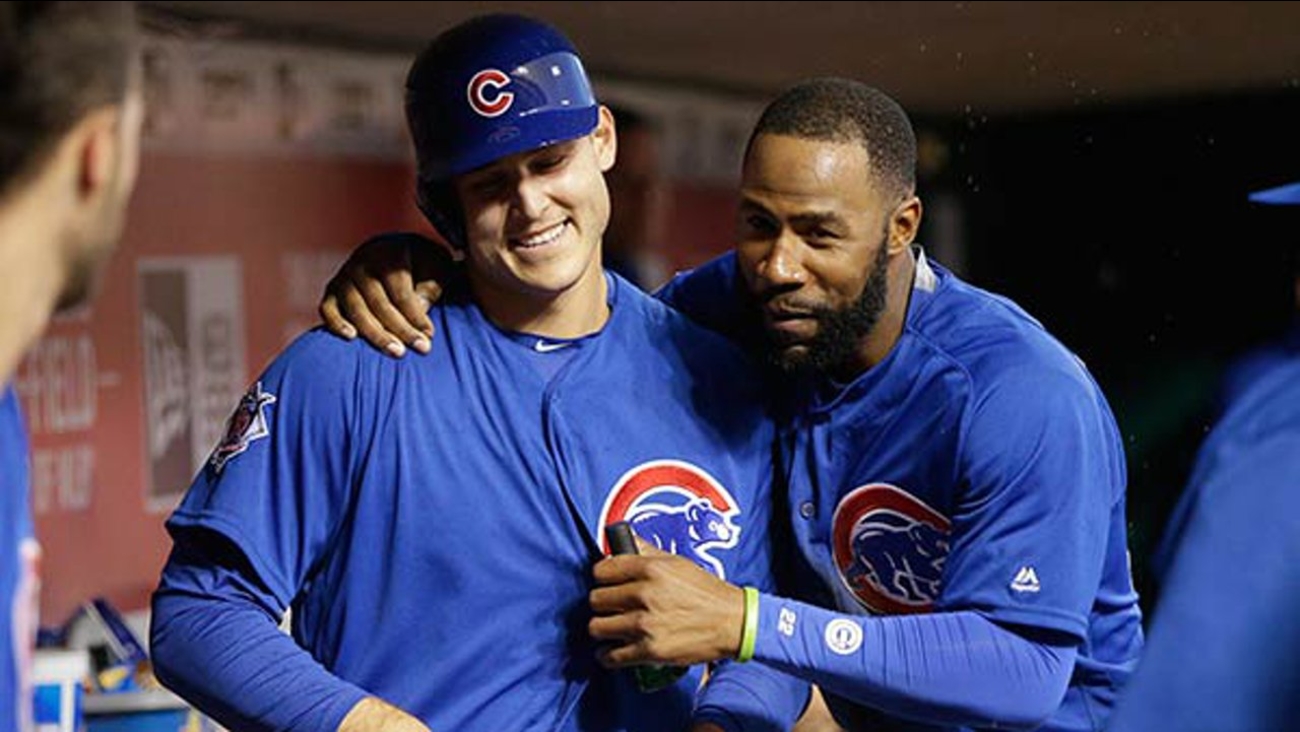 The honors for fielding excellence were announced Tuesday by Rawlings.

According to the team, the last time a Cub won the award was 2012, when second baseman Darwin Barney was honored. Other players who have won the award in recent years include pitcher Greg Maddux and first baseman Derrek Lee in 2005.

The Cubs said this is Heyward's fourth career Gold Glove Award, and his third in a row. He is the third outfielder in franchise history to earn the award, the Cubs said.

Rizzo won his first Gold Glove Award of his career Tuesday night. He became the third Cubs outfielder to earn the award and is also the youngest outfielder in franchise history, the team said.

Fans can now vote for the Rawlings Platinum Glove Award winner in each League on Rawlings.com. The "best of the best" honor will be unveiled at the 2016 Rawlings Gold Glove Award Ceremony on Nov. 11.