Adam Silver: Chicago faced 'a lot of competition' to bring ASG back 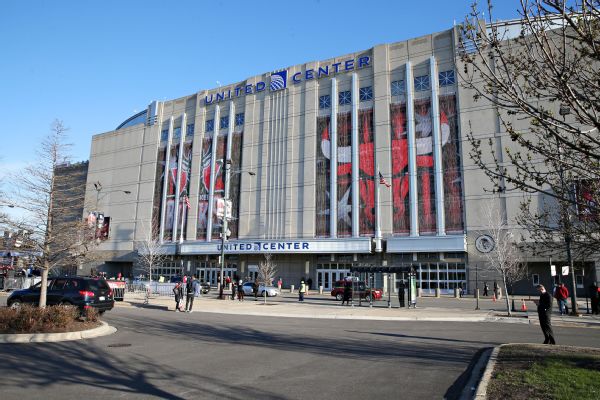 The city will host the showcase event for the first time since 1988, when Michael Jordan took off from the foul line in an epic dunk contest and delivered an MVP performance in the game.

Silver said Chicago faced "a lot of competition" to bring it back and the city's plan put it "over the top."

Renovations in and around the arena, a new 10,000-seat facility on the Near South Side and Emanuel's desire helped bring in this one. So did a change of heart by the Bulls.

For years, chairman Jerry Reinsdorf opposed hosting the game because of concerns about displacing season-ticket holders. But with son Michael, the president and chief operating officer, assuming more authority and grandson Joey in favor, he relented.

"We've been going for so many years," Michael Reinsdorf said. "At the end of the day, I tried to explain it to my dad. I don't think he's been to an [NBA] All-Star Game since 1988. I tried to explain to him the difference now than what it was like when we hosted last. It's just such a great impact to the city."

There was some thought that the 2019, 2020 and 2021 All-Star Games would go to teams with new arenas. Golden State, Sacramento, Milwaukee and Detroit have all either recently constructed new homes or have one being built.

But the schedule also got thrown off a bit after North Carolina passed a law restricting the rights of LGBT people. The league moved the 2017 All-Star Game from Charlotte to New Orleans in response.

"There were several other cities that were interested," Silver said. "We try over time to take care of all the cities that do want to have an All-Star Game. I think it becomes a function of timing. I think for some of the other cities that were building, some of the refurbishments that are planned had not been completed yet, had not been finalized in terms of financing, so the timing just didn't work out. It's really more a function of scheduling."

The United Center opened in August 1994. But it has been undergoing a bit of a transformation in recent years.

The biggest change is the construction of an addition adjacent to the arena. It houses offices as well as a Bulls and Blackhawks team store and concessions.

The Bulls moved into a new practice facility across the street a few years ago, and the Blackhawks will be moving into a new one nearby in a few weeks.

The 10,000-seat Wintrust , which just opened a few miles away on the city's Near South Side, will host some All-Star events, as will Navy Pier.

"We're excited not just holding a basketball game, but of hosting the world, because now the NBA has gone from ... an American game held here in the United States to a world event," Emanuel said.

The mayor has pushed hard to land high-profile events such as the NFL and NHL drafts in recent years. But this will be the first major All-Star game in the city since Major League Baseball held its Midsummer Classic on the South Side in 2003. The NHL last had it in Chicago in 1991.

Silver said he isn't concerned about having the All-Star Game in a cold-weather city. Most events are indoors, though he acknowledged snow can disrupt air travel.

When Jordan put on his show in 1988, Silver was just a law student at the University of Chicago, sitting in an upper level at Chicago Stadium.

He figures to have a better view this time.

"I'm sure we would have been here sometime earlier in the last 30 years [had the Bulls been interested]," Silver said. "When the mayor and Michael Reinsdorf showed interest, it put them back to the top of the list in a way just because we like to rotate around the league. It's a major city, and we haven't been here in a long time."
Report a correction or typo
Related topics:
sportsespnall star gamecity chicagoasgchicago bullshost2020nbaadam silver
Copyright © 2022 ESPN Internet Ventures. All rights reserved.
TOP STORIES
Chicago moves to CDC's high risk level, along with several counties
Uvalde victims latest: Slain teacher's husband dies of heart attack
Mom of unarmed 13-year-old shot by CPD says teen may be paralyzed
CPD cop accused of falsely arresting woman cleaning up looted store
2 charged in Skokie murder, attempted murder of 2 young boys
4th grader 'did what she had to to survive' Uvalde shooting, aunt says
IN court declines to disturb Lake Michigan beach access ruling
Show More
Surgeon describes assault weapons' extreme trauma to kids' bodies
New low-cost airline begins service at Midway
Questions about tactical response to Uvalde school shooting
School installs alarm to alert campus to active intruder situations
The Tenacity Awards honor CPS students
More TOP STORIES News