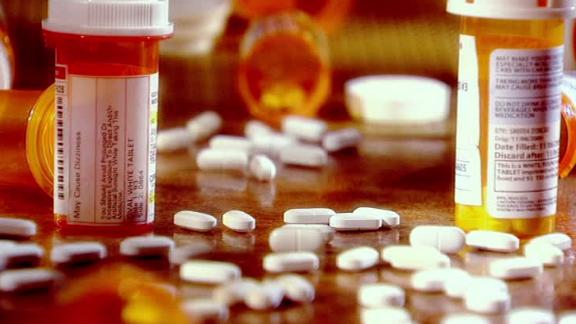 The Cincinnati Bengals and Detroit Lions both confirmed on Monday that they were one of the five NFL teams visited by federal drug enforcement officials Sunday as part of a check on how their medical staffs handle prescription drugs.

Bengals officials said that Drug Enforcement Administration agents in New York visited the Bengals at an airport in New Orleans and asked to see registrations and paperwork for controlled substances being carried by Cincinnati's medical staff. No problems were found.

Detroit coach Jim Caldwell says the Lions also were one of the teams whose medical staffs were interviewed and subjected to spot checks of their bags by federal agents.

Drug Enforcement Administration spokesman Rusty Payne said that teams were chosen for inspection simply because they were playing away from home. No arrests were made and the DEA declined to address whether any teams violated federal drug laws governing the handling and distribution of prescription painkillers -- the stated reason for the inspections.

Payne also noted Sunday, as reported by "Outside the Lines", that investigators from the agency "are currently interviewing NFL team doctors in several locations," but he declined to speculate on whether the federal probe begun this summer into possible drug prescription abuse in the league could involve all 32 teams.

In response to questions Monday from Associated Press reporters, nine teams said no one in their organization, including medical staff, had been contacted by DEA investigators, and the NFL said Sunday in a statement "we have no information to indicate that irregularities were found."

The probe was sparked by a lawsuit filed in May on behalf of 500 former players who claimed they were routinely -- and often illegally -- given powerful narcotics and other drugs such as Vicodin and Oxycontin to mask pain and keep them on the playing field.

Over the last several weeks, investigators criss-crossed the country to interview at least a half-dozen former players -- including at least two who were named plaintiffs in the painkillers lawsuit, according to multiple people with direct knowledge of the meetings who spoke on the condition of anonymity because prosecutors told them not to comment on the meetings.

As "Outside the Lines" first reported in January 2011, the DEA has taken steps in the past to inform NFL team doctors which treatments they can and cannot provide to players, particularly when they travel for road games.

Under the federal Controlled Substances Act, doctors cannot give players prescription drugs like Vicodin, Percocet and OxyContin outside of the facilities where they are registered with the DEA to prescribe those controlled substances, and trainers are not permitted under the federal drug laws to ever provide prescription medications to players.

But according to a federal law enforcement source with knowledge of Sunday's inspections, the DEA has reason to believe those laws are frequently violated, particularly by visiting NFL teams.

Most teams, according to the Associated Press, described little inconvenience or objections to Sunday's inspections of their medical staffs.

"Right after a big game like that, there's a lot of sleeping going on" Tampa Bay coach Lovie Smith said Monday. "So I caught most of it. I don't know, a few minutes. Fifteen minutes or so. I don't really know how long."

San Francisco coach Jim Harbaugh said he didn't hear from or even see the DEA officials, only learning there was an inspection of his team's staff when he "read about it." But he didn't sound worried either way.

When asked if the Lions were approached, a team spokesman referred to comments Caldwell made to a Detroit-area TV station. Caldwell told WXYZ: "From what I understand, they did interview one of our doctors and I know we were in compliance."

The most interesting response may have come from the Bengals, who were spot-checked in New Orleans. After agent Debbie Weber, a spokeswoman for the DEA's New Orleans office pronounced the team was in compliance, the team added in a statement: "The Bengals have never had any issues regarding prescriptions/controlled substances."

"Any issues which might be present elsewhere are not present with our organization," the statement said.

Information from Outside the Lines' John Barr, ESPN.com's Paul Gutierrez and The Associated Press contributed to this report.