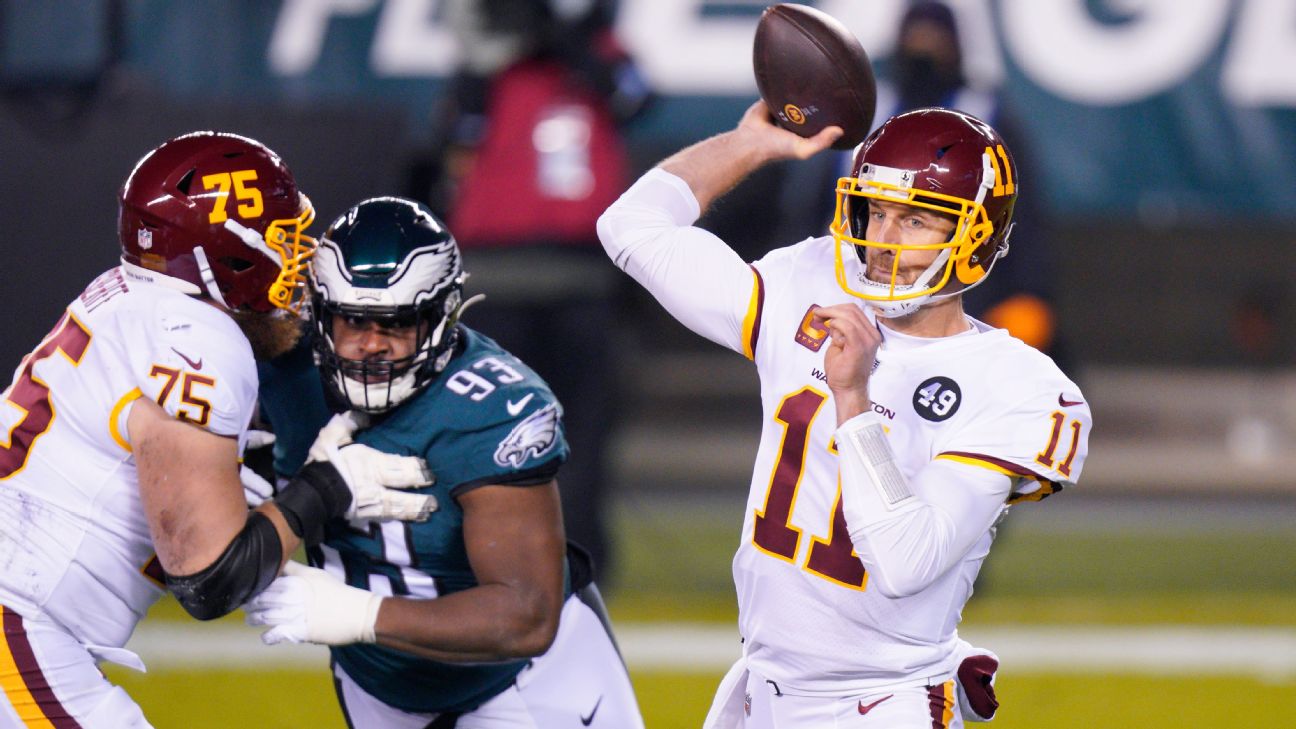 The Cleveland Browns head into the Sunday night's game missing coaches -- including head coach Kevin Stefanski -- due to COVID-19. But which players might be at risk of missing the first round of the NFL playoffs due to injury or illness?

Probably the biggest question marks revolve around a pair of quarterbacks. The Washington Football Team is hopefulAlex Smith can return from a strained calf in his right leg, although he was limited in practice Wednesday. The Los Angeles Rams are less certain about Jared Goff, who had thumb surgery after a Week 16 injury to his throwing hand. If he can't go, he will be replaced by John Wolford, who made his first start Sunday.


Our NFL Nation reporters update the top injury question for every team heading into wild-card weekend:

Bills:Just how "week-to-week" is Cole Beasley? Coach Sean McDermott has now twice given that designation to the Bills' second-leading receiver over the past two weeks, and Beasley did not practice during the team's walk-through Wednesday because of a knee injury. Isaiah McKenzie caught a pair of touchdowns in place of Beasley last week and should start again Saturday if Beasley is unable to go. -- Marcel Louis-Jacques

Colts: Starting cornerback Rock Ya-Sin's status for Saturday's game at Buffalo remains murky because he's in the concussion protocol. He suffered the concussion in Week 16 at Pittsburgh and missed the Week 17 game against Jacksonville. Ya-Sin has to pass multiple tests in order to be cleared for the game. If Ya-Sin doesn't play,Kenny Moorewill likely start on the outside and then move to his normal slot position when T.J. Carrie enters the game. The Bills were third in the NFL in passing during the regular season at 288.8 yards per game. -- Mike Wells

Seahawks:Coach Pete Carroll has said the Seahawks won't know Jamal Adams' availability for Saturday's wild-card matchup against the Rams until game day. But the All-Pro strong safety said he already knows: "No question in my mind. I'm playing, man." Adams said he'll have to wear some sort of supportive device on his left shoulder, which he injured in the fourth quarter last week. He has been playing through an injury to his other shoulder since Week 10. "It's just another challenge," he said.-- Brady Henderson

Rams: Questions remain whether quarterback Jared Goff will be available to play Saturday after undergoing surgery on his throwing hand thumb on Dec. 28. Rams coach Sean McVay said Goff's rehab is "coming along well," but expressed some uncertainty in regard to the short amount of recovery time. "The reality is that he had a thumb surgery. We're monitoring that every single day," McVay said. If Goff cannot start, John Wolford will make his first NFL playoff appearance. -- Lindsey Thiry

Washington: Quarterback Alex Smith was limited in practice Wednesday as he recovers from his strained calf. He did play in the season finale, and the expectation remains he'll likely play vs. Tampa Bay on Saturday. Coach Ron Rivera said Smith "threw the ball well" during some work before practice -- and before the media arrived. Smith said Thursday will be a "telling day." Smith also said before injuring his calf he felt he was getting "stronger and moving around better than I ever have." In addition to Smith, receiver Terry McLaurin (ankle) and running back Antonio Gibson (turf toe) were limited and worked with trainers on the side, as they did a week ago before playing Sunday. -- John Keim

Buccaneers: Bucs Pro Bowl wide receiver Mike Evans suffered a hyperextended left knee in the team's season finale against the Falcons. An MRI revealed no structural damage, and swelling has been minimal. Coach Bruce Arians called him "day-to-day" and said they were hopeful he could try to practice Thursday after sitting out Wednesday. -- Jenna Laine

Titans: GuardRodger Saffoldleft last Sunday's game in the third quarter and didn't return due to an ankle injury. Saffold has dealt with the injury over the past few weeks. The Titans were able to run the ball successfully against the Ravens in Week 11, but Baltimore was without Calais Campbell and Brandon Williams. Those players will be back this Sunday, so Tennessee need Saffold to help handle them. -- Turron Davenport

Ravens: OT D.J. Fluker, who started the past three games at right tackle for a dominating offensive line, didn't practice Wednesday because of a knee injury. The Ravens have tried to pace the eight-year starter throughout the season and are currently rotating him with rookie third-round pick Tyre Phillips during games. If Fluker can't play or is limited, Baltimore would start Phillips, who has struggled to stay healthy when given a full workload. -- Jamison Hensley

Saints: Mostly good news on the Saints' injury front Wednesday: Receivers Michael Thomas and Deonte Harris, safety Marcus Williams and running back Latavius Murray all returned to practice, among others. And it remains possible that RB Alvin Kamara and safety C.J. Gardner-Johnson could come off the reserve/COVID-19 list in time to play Sunday. The one negative on Wednesday's injury report was that veteran guard Nick Easton missed practice with a concussion again. He is expected to land on IR, which likely means the Saints will count more on rookie Cesar Ruiz. -- Mike Triplett

Bears: The Bears are bracing for inside linebacker Roquan Smith to possibly miss Sunday's playoff game at New Orleans. Smith, who suffered an elbow injury in Week 17's loss to Green Bay, did not practice Wednesday. Coach Matt Nagy declined to give an official update on Smith's health until game designations are due Friday. Smith leads the Bears with 139 total tackles and has been the club's best all-around defensive player in 2020. -- Jeff Dickerson

Steelers:The Steelers are in pretty good shape injury-wise heading into the wild-card game with Cleveland -- so good, in fact, they may get back some key players to add depth in two spots that badly need it. Both ILB Robert Spillane and OG Matt Feiler returned to practice from injured reserve Wednesday and could be ready to go for Sunday's game. With injury concerns at inside linebacker and depth always necessary on the line, both would be major additions for the Steelers. -- Brooke Pryor

Browns:Donovan Peoples-Jones is "progressing" through concussion protocol, per coach Kevin Stefanski, increasing the chances the rookie WR will be available in Pittsburgh. -- Jake Trotter 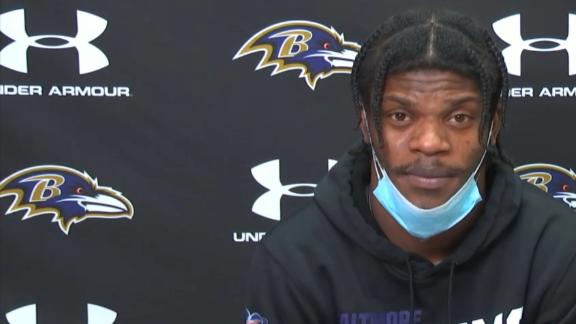