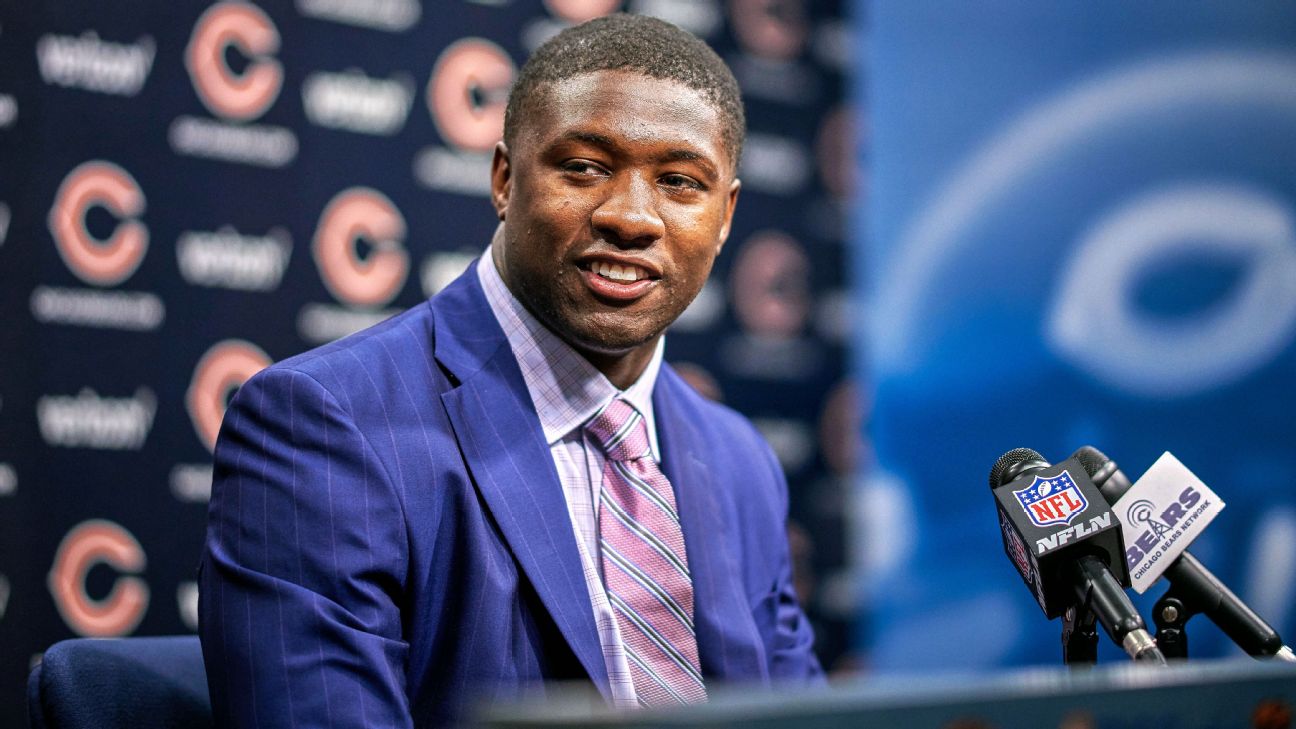 Chicago Bears rookie linebacker Roquan Smith said Wednesday that he has recovered most of the items taken from his vehicle Saturday and that a suspect has been identified.

Athens-Clarke County (Georgia) police spokesman Epifanio Rodriguez confirmed to ESPN that a suspect has been identified and "warrants for felony entering auto are forthcoming." Rodriguez said all of the items taken from Smith's vehicle have been returned to Smith except his Bears-issued iPad.

"I would personally like to thank everyone for their kind words and prayers as Athens-Clarke County Police Department worked very hard to identify the individual responsible for this," Smith said in a video message posted on his Twitter account. "It was definitely huge. I would also like to thank many of you that spread information on various social media outlets.

"Due to the prompt attention by the Athens-Clarke County Police Department, I was able to recover most of my items as well as the individual being identified. Just like to thank you guys so much."

Besides the iPad, which was wiped remotely by the Bears, Smith's Georgia helmet from last season and three jerseys -- his regular-season, Rose Bowl and national championship game uniforms -- were among the items taken. Other items stolen were a Georgia Athlete of the Year trophy, two watches (Michael Kors and Kyboe), a pair of Costa sunglasses, Nike shoes, four pairs of Bose headphones and a Bose Bluetooth speaker.