Beleaguered QB Mitchell Trubisky gets start for Bears vs. Giants 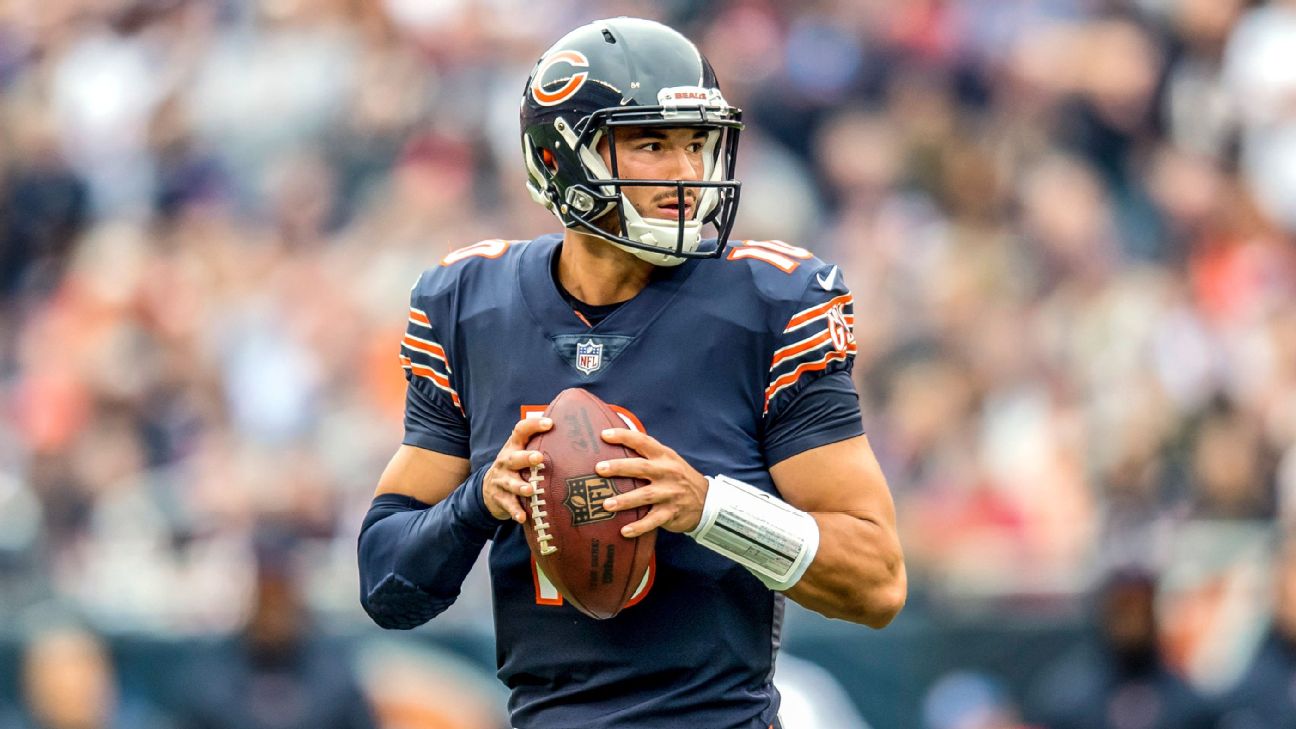 Trubisky was not given an injury designation on the Bears' final report.

Bears coach Matt Nagy said Friday he was "a little bit" surprised that Trubisky made such a quick recovery, "because when he's in that much pain at the end of a game [like he was] last week, you never really know what will happen over the next couple of days. It doesn't surprise me that he's going to rehab, work hard and do everything he can to get that pain level down so he can play. That's what we feel good about right now."

Added Nagy: "I thought he threw the ball well in practice. ... It doesn't seem like anything is holding him back."

Trubisky injured his right hip before halftime versus the Los Angeles RamsonSunday night but tried to play through the pain in the second half. Trubisky went 24-for-43 for 190 yards, one touchdown and one interception before Nagy made the switch to veteran backup Chase Daniel with 3:31 left in the fourth quarter.

"Yeah, [the pain from a hip pointer] is above the hip," Trubisky said earlier in the week. "It's like getting a charley horse or a dead leg on the quad, except it's above that area. It just makes your whole body tight -- running, and then obviously throwing, when you got to pull your right hip through. That motion, it just doesn't feel comfortable."

Besides the hip pointer, Trubisky suffered a dislocated non-throwing shoulder and torn labrum in Week 4. Trubisky missed just one game and returned to the Bears' starting lineup following the bye week on Oct. 20.

The second overall pick of the 2017 NFL draft, Trubisky has passed for just 1,580 yards, nine touchdowns and four interceptions in 2019. He is averaging a career-low 5.6 yards per pass attempt. The Bears' offense enters Week 12 ranked 28th in points scored, 30th in total yards, 30th in passing yards and 29th in rushing yards.

Trubisky, who played in the Pro Bowl last season, is the league's 29th-ranked passer in QBR. 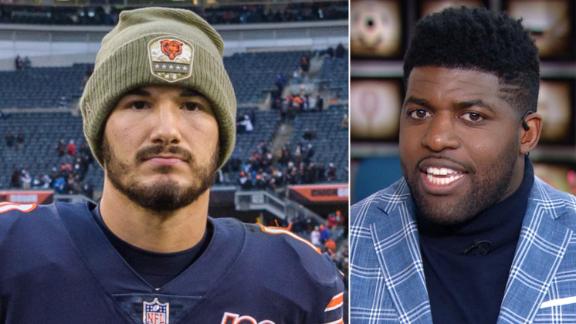