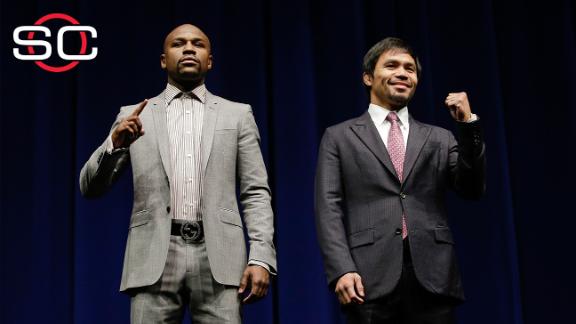 If the Floyd Mayweather-Manny Pacquiao fight ends in a deflating draw, it would be the worst-case scenario for one of Nevada's largest sportsbooks. It also could set up an even more lucrative rematch for everyone involved.

When the MGM sportsbook opened betting on the fight in February, a draw paid 22-1. The odds of a draw have been bet down to 8-1. Almost 1,000 bets had already been placed on the outcome resulting in a draw, according to MGM vice president of race and sports Jay Rood. That's double the number of bets on any of the other possible outcomes.

"That will minimize as we get closer, but right now it's not good -- our worst-case scenario," Rood said.

The fight will take place May 2 at the MGM Grand Garden Arena, capping a raucous Saturday in Las Vegas that also features the Kentucky Derby and NBA playoffs. Estimates of how much will be bet on Mayweather-Pacquiao range from $50 million to $80 million.

After seats to both the live fight and the Las Vegas closed circuit telecasts quickly sold out, a rematch after a controversial draw would make for a tasty opening attraction when the MGM opens its new 20,000-seat arena next spring. Last spring, Mayweather told reporters he'd be honored to be the opening act for the new arena.

In the meantime, bettors have leaned toward Mayweather over the past 10 days, as he was back up to a minus-200 favorite at the MGM after weeks below that mark. He could be found as high as minus-215 at the Westgate SuperBook and Caesars and as low as minus-185 at Station casinos. Pacquiao was paying around plus-175.

"The past week we have finally seen some significant favorite money," Station Casinos vice president of race and sports Art Manteris told ESPN Chalk. "The frequency of wagers on Pacquiao is still very one-sided. The big bets, however, are now trending on Mayweather. Some very sharp players have already unloaded on Mayweather. Some are waiting for expected downward price movement fight weekend."

At the MGM, three times more bets have been placed on underdog Pacquiao than Mayweather, but more money overall had been wagered on the favored undefeated champion as of Thursday. Rood said the biggest bet he's taken at this point was "just shy of a half a million" on Pacquiao. Bettors have inquired about placing even larger wagers as the fight approaches.

The action on the fight is picking up at sportsbooks in the United Kingdom as well. The U.K. branch of William Hill told ESPN Chalk that the betting action on the fight had been bigger than most other boxing matches. Ladbrokes said it expects the betting handle on Mayweather-Pacquiao to be on par with a World Cup match involving England.

"Although we have no U.K. fighter for the patriotic punters to support, this fight makes broad appeal globally," Ladbrokes spokesman Alex Donahue said. "We are a global business, and some big hitters are already starting to show interest." 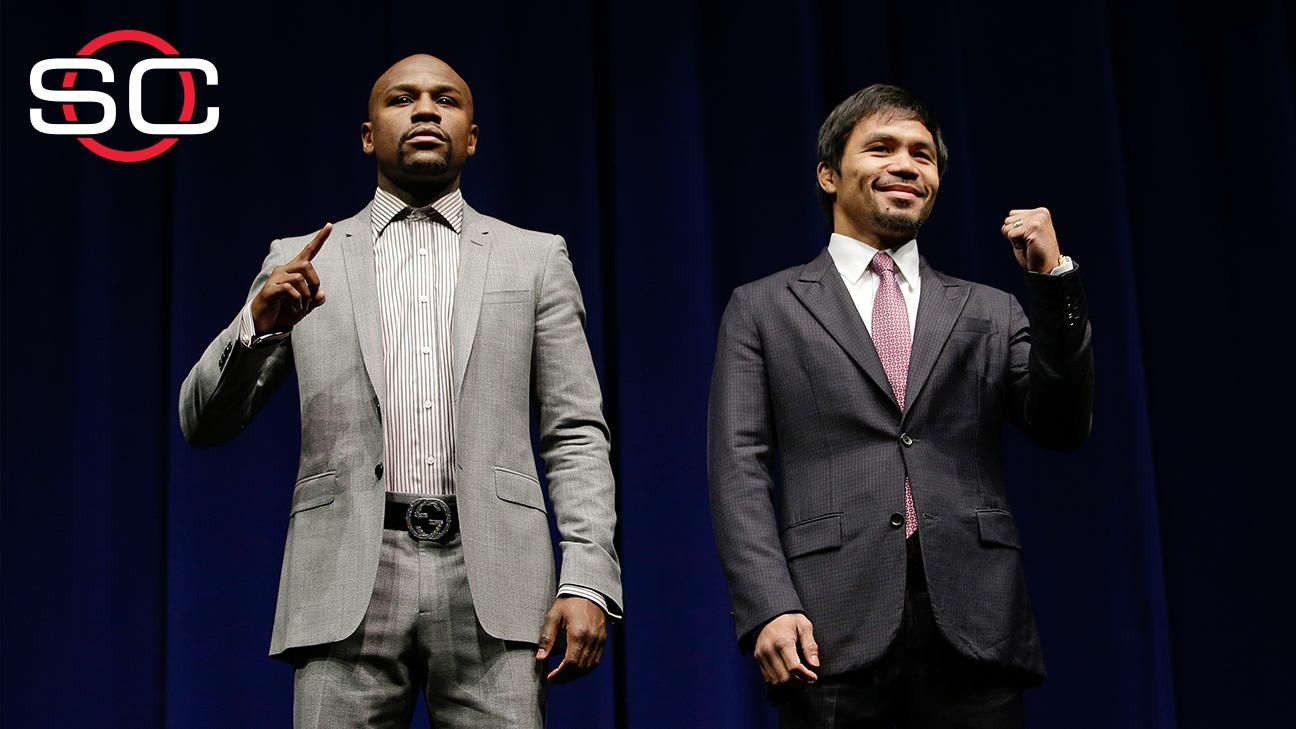 All-Access: Best of Mayweather-Pacquiao
Watch the best of Floyd Mayweather and Manny Pacquiao all-access to see Mayweather's take on the megafight.