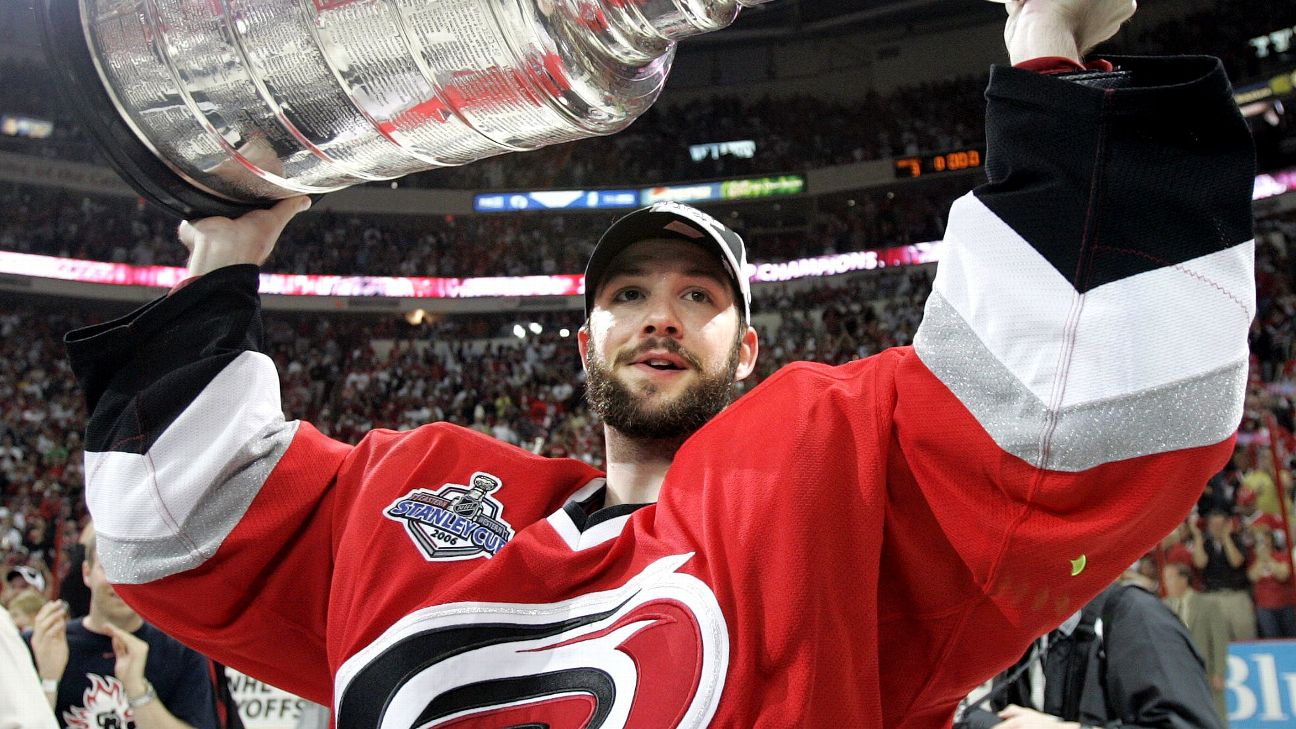 They join a Chicago team looking for a comeback after a disastrous season. Goaltender Corey Crawford got hurt in December and the Blackhawks finished the season with 33 wins and 76 points, their lowest totals since they went 31-42-9 during the 2006-07 season. They finished last in the Central Division.

Kunitz did play in all 82 games and posted respectable numbers with 13 goals and 16 assists. The Lightning posted the most points in the Eastern Conference but lost in the conference finals to eventual champion Washington.

Ward has spent his entire 13-year career with the Carolina Hurricanes, winning the Stanley Cup in his rookie season and taking home the Conn Smythe Trophy as the most valuable player in the playoffs.

Ward is the franchise leader in games played by a goalie, in addition to wins, saves and shutouts.

The Hurricanes signed Scott Darling to be the starting goaltender last offseason, but he struggled badly, and as a result, Ward made 42 starts for Carolina.

Upgrading its situation in net was one of Chicago's top offseason priorities. General manager Stan Bowman said last month he expects Crawford "to be back and ready to go in training camp.''

Anton Forsberg was acquired in the Artemi Panarin trade with Columbus last June, but he struggled in his first year as Crawford's backup, and his status is up in the air with the addition of Ward.