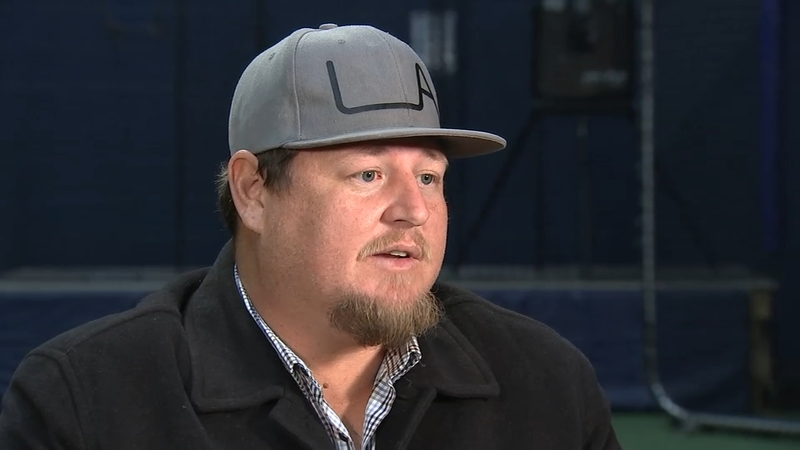 Bobby Jenks shares how he overcame addiction after concurrent surgery

"Baseball wise, it's one of my top accomplishments," he said. "It's an opportunity that guys play this game for. For love of the game, but guys go 20 some years without ever getting a chance to win one. So to be able to claim that in my first year is special in itself. But to able to claim one in general is even more special."

His career highlight can easily feel like another lifetime.

"It hasn't been that long ago," Jenks explained. "But in the sense of what has happened and transpired in between, it can feel that way."

That moment was a footnote in his December story for the Players Tribune, revealing deep-rooted addiction that accompanied a career-ending back injury.

"I was getting a lot of shooting pains underneath my arm pits and then wrapping from underneath my left scapula," Jenks said. "And for a long time, I don't want to say [I was] misdiagnosed... we just couldn't pinpoint the location of all these problems."

A series of test revealed spinal bone spurs that should have been routinely removed, but that didn't happen. Jenks was unknowingly involved in a concurrent surgery, meaning his doctor was overseeing two surgeries at the same time. The frightening news wasn't discovered until Jenks nearly died from leaking spinal fluid.

"What we found out-the concurrent surgery and how everything happened, you never expect that," Jenks said. "Even if something bad happens or something goes wrong during the surgery, that's something you have to expect going into the surgery. There's human error that's acceptable. This was just negligence."

Though the surgery didn't take his life, his addiction to pain pills might have if not for three stints in rehab that began to rewrite the next chapter of a champion.

"For me to tell my story I had to go into places that was, well, embarrassing," he said. "Quite honestly it was very difficult to share. I dealt with depression probably a good four, maybe started coming out of it into my fifth year after my first surgery. You know, full clinical depression where it was not only the addiction but losing my career. Being able to come out on the back end of that with a different look, a different feel on life, that's where I think the bigger picture should go now."