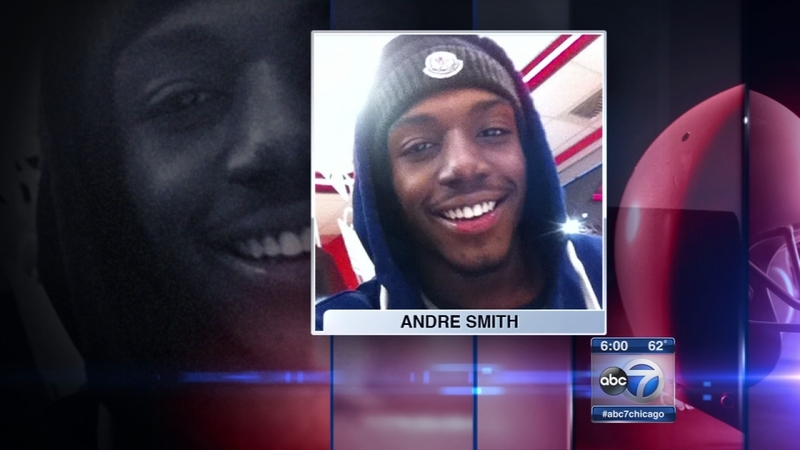 CHICAGO (WLS) -- A football player from Chicago's Bogan High School died after he was injured during a game against Chicago Vocational High School Thursday night.

Relatives said Andre Smith, 17, was hit in the last play of the football game collapsed after walking off the field. He was taken to the hospital after the game.

"When I got here, he was still breathing, you know. So, I guess that kind of gave me a sign of hope that everything was going to be OK with him," said Erick Smith, brother.

"Out of all the things people can live and die from, I never thought it would be something as simple as that," Erick Smith said.

"You understand the risk, but it's a game, you know, it's a game. The kids have played this for years," said Dwayne Smith, stepfather.

Relatives and friends said Smith, affectionately known as "Dre", loved playing football. He wore No. 3 at Rich Central High School, but most recently, he played for the Bogan High School Bengals.

"I just can't believe it. It's still so surreal to me," said Vondie Smith, a family friend.

"I ain't know what to do. It just killed everything inside of me," said Erick Smith.

The Cook County medical examiner plans to do an autopsy this week to determine Smith's cause of death.