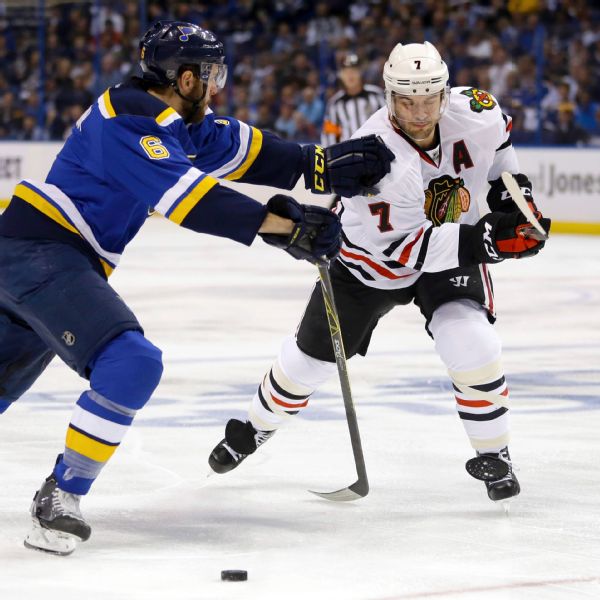 Seabrook got the start alongside Duncan Keith for Thursday night's matchup with theWinnipeg Jets. He has appeared in 77 of Chicago's 78 games this season.

Each of the Blackhawks warmed up in Seabrook's No. 7 jersey, and the franchise recognized the defenseman during a pregame ceremony. He was presented with a commemorative silver stick, a painting and a family vacation to Disney World.