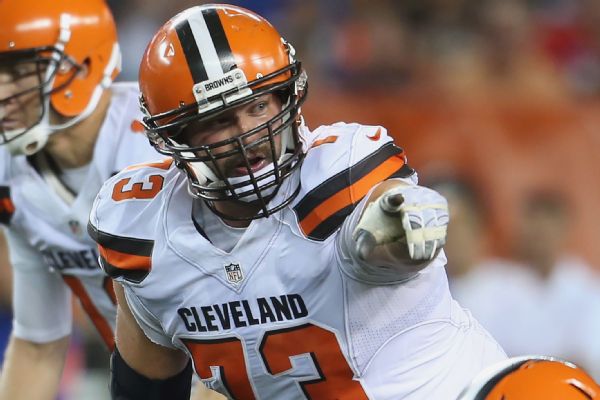 BEREA, Ohio -- The Cleveland Browns will not be dealing Pro Bowl offensive linemanJoe Thomas at the Nov. 1 trade deadline. Coach Hue Jackson made that notion plain and clear on Monday.

"We are not going to trade Joe Thomas," Jackson said a day after the Browns fell to 0-7 on the season with a 31-17 loss to the Cincinnati Bengalson Sunday. "Joe Thomas has a lot to do with what we're trying to accomplish here in the future."

Thomas has played every snap at left tackle for the Browns since he was the No. 3 pick in the 2007 draft.

A rebuilding team trying to stockpile draft choices could add more picks by dealing a player as talented as Thomas, but the Browns have made it clear they are not interested in a trade. Jackson looked to put the exclamation point on that stance, emphasizing with dramatic pauses: "We. Are not. Going. To trade. Joe. Thomas."

It's a change in stance from a year ago, when the Browns almost sent Thomas to the Denver Broncos before terms could not be reached by the trade deadline.