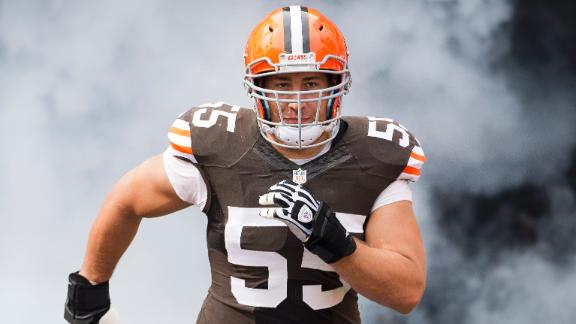 The Browns had five days to match but did so in a matter of hours.

Terms of the offer sheet were not disclosed, but sources said the five-year deal is for $42 million with $26 million guaranteed.

Mack received the Browns' transition tag this offseason, giving the team a chance to match any offer the Pro Bowl center received in free agency. The Browns wouldn't have received a draft pick had they not matched the offer.

The contract has some unique elements -- most notably that Mack can void the final three years with the promise he will not receive the team's franchise or transition tag. So if Mack is unhappy after two years and wants out, he can void the deal.

Mack would make $10 million this season, then $8 million in each of the next four seasons. The first three seasons, all $26 million worth, are guaranteed, meaning Mack has received the highest guarantee of any free agent this offseason.