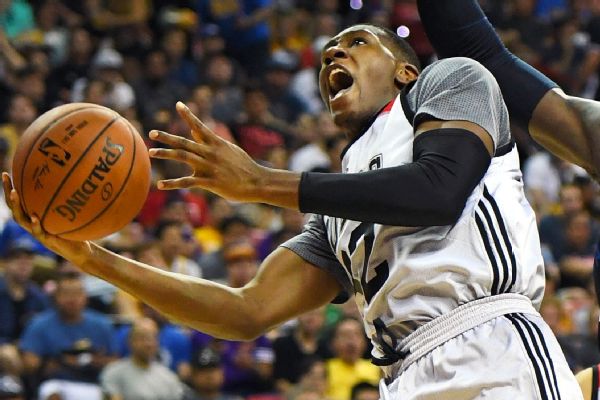 LAS VEGAS -- Chicago Bulls point guard Kris Dunn did not play in Monday's loss to the Atlanta Hawks and will not return to the Las Vegas Summer League as he deals with a family issue. The Bulls announced Dunn's absence just prior to the game.

"It's a personal family issue that he needs to attend to," Bulls GM Gar Forman said. "Obviously we're supporting him fully."

Dunn, who scored 11 points in Saturday's loss to the Dallas Mavericks, was acquired last month from the Minnesota Timberwolves during a draft day deal centering around All-Star swingman Jimmy Butler.

In other roster news, Forman remains optimistic that the Bulls will be able to come to terms with restricted free agent Niko Mirotic.

"Yeah, we are because we want Niko back and we think Niko wants to be in Chicago," Forman said. "So usually when you have those two things at the end of the day, there's usually a way to get something done."