Cam Ward an insurance policy in goal for Blackhawks 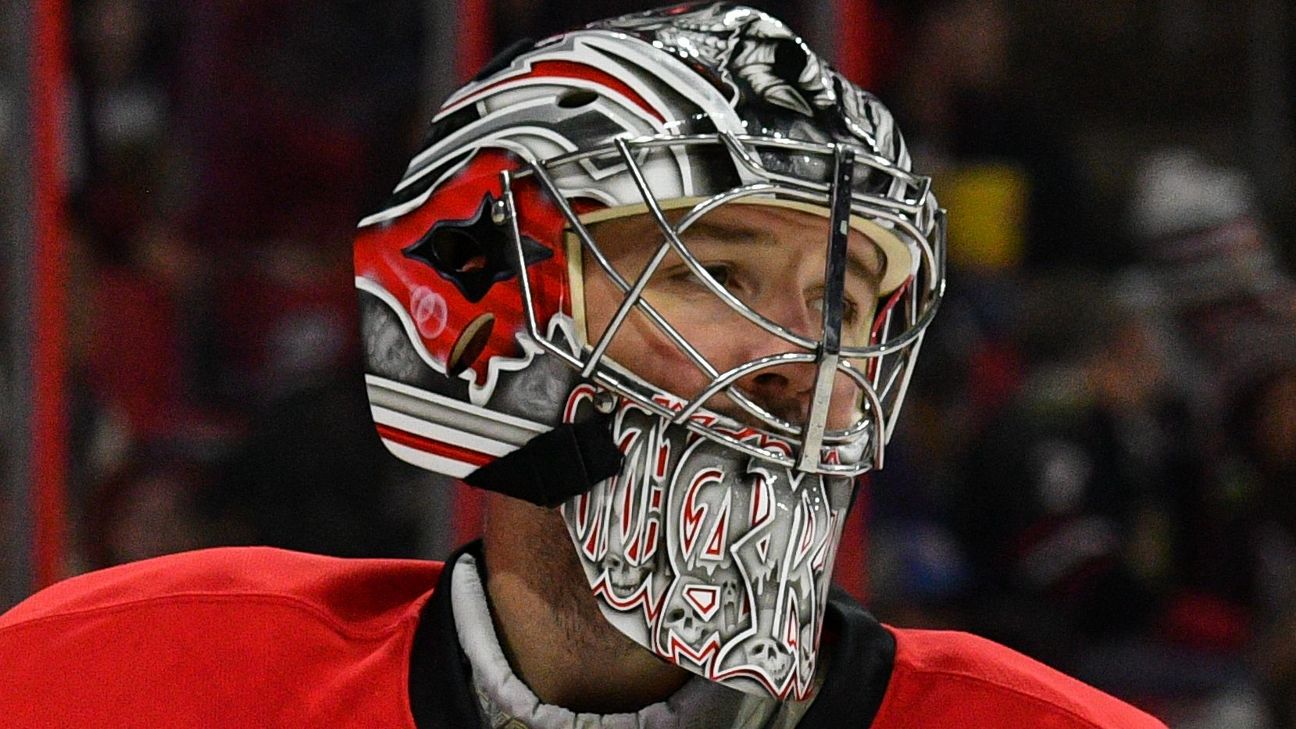 The terms: one year, $3 million with the Chicago Blackhawks

Where does he fit in?

Plain and simple: This an insurance policy for Corey Crawford.

The 2017-18 Blackhawks crumbled when Crawford's season ended in late December. Details of his injury are murky at best, and updates have been just as dubious. For example, before last month's draft, coach Joel Quenneville said: "Reports are he's doing well. A lot of guys are training in Chicago, and we expect him soon. I think he's going to be fine going into camp." Quenneville also added that Crawford had not been on the ice yet.

An encouraging sign is that the Blackhawks announced Crawford will be attending their annual fan convention in late July, which should mark the first time the three-time Cup winner speaks to the media in months. Nevertheless, there's still enough uncertainty for the Blackhawks to bring on a dependable backup.

Does this deal make sense?

Going for a known commodity in Ward makes sense for the Blackhawks, who were burned by the shaky trio of Anton Forsberg, Jean-Francois Berube and Jeff Glass this past season. Forsberg still has time to grow into a reliable starter, but the 25-year-old -- acquired as part of the trade that sentArtemi Panarinto Columbus -- clearly needs seasoning, and was thrust into action too early. He has the chance for regular action in the AHL, or could get some action behind Ward if Crawford remains out.

Berube is trending toward journeyman status. After a rough start to his career with the Islanders, he found himself jettisoned yet again after last season (he was traded to the Blue Jackets). Glass was a feel-good story -- after toiling in the KHL for the better part of a decade, he finally got a shot at redemption -- but turned out to be nothing more than that. And of course, you can't actually turn to a beer-league accountant ... though the Blackhawks tried, eh?

Ward feels like he's been around forever, and though Carolina was ready to finally move on, he's still a serviceable starter who can win you some games. While at first glance his stats are OK (while splitting time with Scott Darling last season, he was 23-14-4 with a .906 save percentage) a closer look isn't as encouraging (Ward's 91.79 5-on-5 save percentage ranked 36th in the league).

All the Blackhawks need right now is a placeholder in case Crawford isn't ready to come back. That's exactly what Ward is. The cap hit works because the Blackhawks were self-eliminated from any big free-agent derbies (like James van Riemsdyk). The best part is the term: one year. Chicago doesn't need to worry about being hamstrung by a long contract. His presence doesn't roadblock the development of Forsberg, either.
Report a correction or typo
Related topics:
sportsespnchicago blackhawkshockeynhl free agentsnhlnhl tradescam ward2018 nhl free agencynhl rumors
Copyright © 2020 ESPN Internet Ventures. All rights reserved.
More Videos
From CNN Newsource affiliates
TOP STORIES