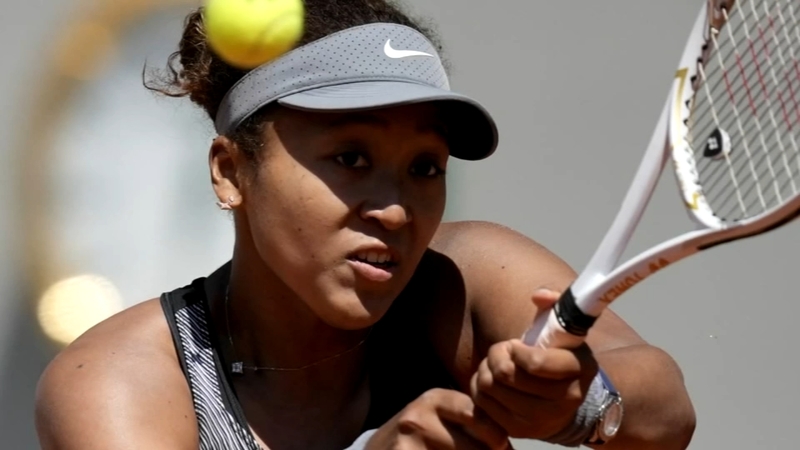 CHICAGO (WLS) -- Some Chicago athletes are applauding tennis champion Naomi Osaka's decision to put her health first after she withdrew from the French Open.

She made the call after she was fined $15,000 for refusing to attend a post-match press conference.

Just like around the world, Osaka has plenty of support at XS Tennis on Chicago's South Side.

Joah Dunwoody, 13, said Osaka is still one of his favorites.

"She should take any measures necessary and do what she feels is necessary," he said.

"I think with her openness, she can help someone else," said Precious Morgan, youth tennis director at XS Tennis.

"There's a lot of people afraid to speak on the subject, she's brought out a lot," tennis player Shirley Roach said.

Players said the 23-year-old should take much time as she needs away from the court following the revelation about her battle with depression.

"Whether it's of the mind or of the body, you've got to go and make sure it's in shape, because tennis isn't just physical, it's also about your mind, strategy," player Jalon Dunwoody said.

Others criticized the decision to fine the world's number two player thousands of dollars for refusing to attend a post-match press conference.

"You're not meeting what we need you to meet, so we are going to penalize you. What message does that sending to my kids," parent Corrine Dunwoody said.

Licensed clinical social worker Natalie Graves, whose practice specializes in working with the mental health and performance of athletes, said Osaka's admission is not only an important moment in sports history, but also helps to remove the stigma that surrounds the mental illness of depression, allowing people to talk about it.