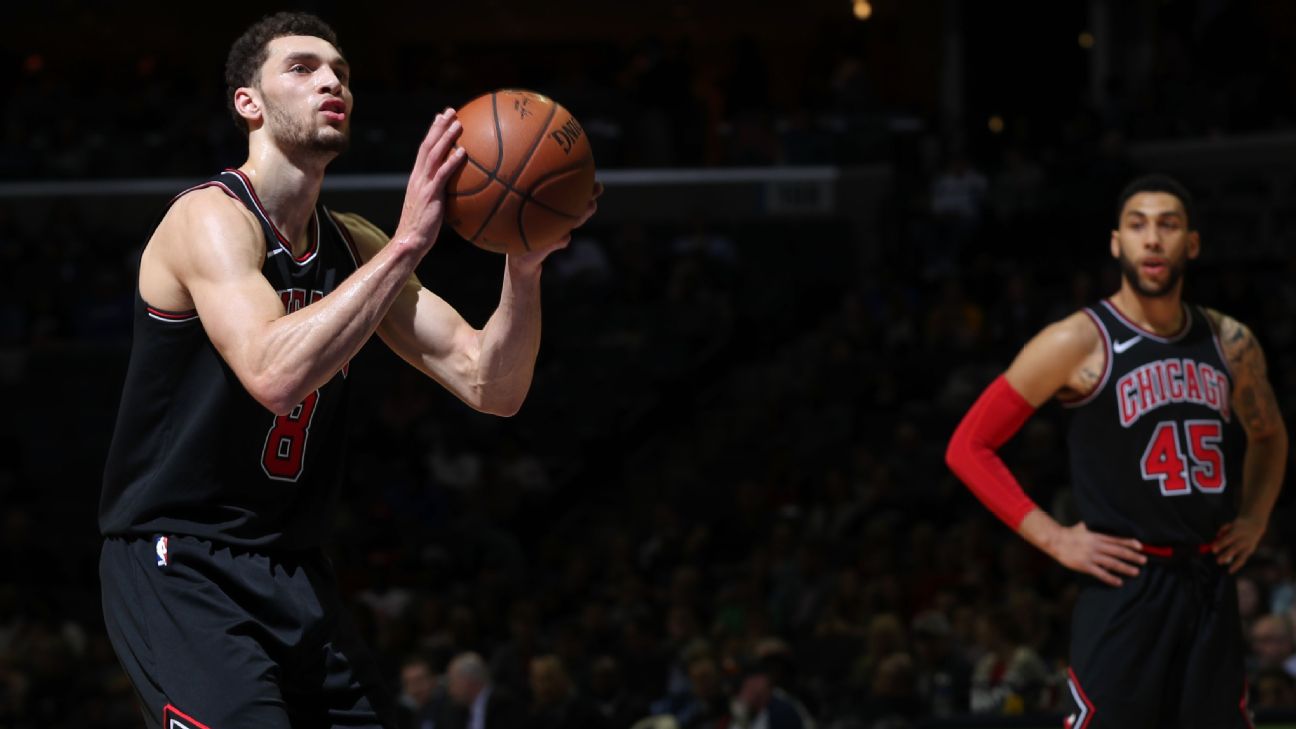 LAS VEGAS -- Zach LaVine got exactly what he wanted.

The young swingman always believed this kind of deal was coming his way -- one that will pay him $78 million over the next four years, once the Chicago Bulls match the offer sheet LaVine signed with the Sacramento Kings as they intend to do, league sources told ESPN.com's Adrian Wojnarowski. Chicago always knew this was a possibility in the high-stakes game of restricted free agency, but now that the offer is on the books, the broader question becomes: What exactly is the organization getting for all that money?

It's a question that will not only hover over everything the Bulls do for the next four years, but will also help define the legacy of longtime Bulls executives John Paxson and Gar Forman. The latest offer the duo made to LaVine was just a couple million per year less than the $19.5 annual salary in the offer sheet he signed with the Kings, according to league sources. If LaVine, now the team's highest-paid player, turns into the kind of superstar the Bulls believed he could be when they acquired him in a package that sent All-Star swingman Jimmy Butler to the Minnesota Timberwolves last summer, then Paxson and Forman aren't going to care if they paid a few million more than they would have liked on Friday. Likely, they will be even more excited with LaVine's salary remaining flat as the cap goes up in future years.

However, the issue remains that the Bulls don't know exactly what they'll be getting for their $78 million investment. Nobody does.

At 23 and coming off an ACL injury a year and a half ago, LaVine's future remains a mystery. He played in just 24 games last season for a Bulls team that was tanking. He averaged 16.7 points per game, and the Bulls were outscored by 7.2 points per game with him on the court. He shot a career-low 38.3 percent from the field but got to the line at a career-high rate, averaging 4.5 free throw attempts per game.

In many ways, he proved to be the player he was with the Timberwolves: an explosive athlete who can get hot for stretches but can't find the offensive efficiency or defensive consistency to be an All-Star-caliber player.

While the Bulls are literally banking on him being able to take that next step now, they'll first need to mend their off-the-court relationship with LaVine, who was obviously hurt by the free-agency process.

"I'm disappointed that I had to get an offer sheet from another team," LaVine told The Undefeated's Marc Spears before news of the Bulls' decision to match. "But Sacramento stepped up and made a strong impression. It appears that Sacramento wants me more than Chicago."

LaVine's feelings of uneasiness toward the Bulls are noteworthy because of the Bulls' feelings of uneasiness toward the growth of his game. Investing almost $80 million into a core piece of your future should be cause for celebration, but the unity and hope many within the organization felt regarding LaVine's potential evolution have been dampened in recent months, given his lackluster play after returning from the knee injury.

The Bulls understandably felt pressure to match LaVine's offer sheet because they didn't want to see what was supposed to be the centerpiece of the Butler deal walk away for nothing, but in doing so, they committed to a player they still aren't sure about at the moment. That's a precarious spot to be in for a team that expects to be a major player in free agency over the next two summers.

The good news for the Bulls is that even with LaVine's new money on the books, the team's cap sheet remains relatively clean. Cris Felicio's ill-advised contract still has three years and more than $24 million remaining, but the team can carve out more than $40 million in cap space in 2019 as it looks to potentially add a star to an uncertain, young core.

The Bulls believe 2017 first-round pick Lauri Markkanen can be a star in the league after earning first-team All-Rookie honors this season, but he is still just 21 years old. Bobby Portis turned himself into one of the better young reserves in the league last season and will be looking for his own big payday as a restricted free agent in the next year, but he isn't the type of game-changing star teams are built upon in this era of the NBA. Same goes for Kris Dunn, who never found much chemistry with LaVine in the handful of games they played together.

As the Bulls enter what figures to be another painful season in year two of a rebuild, they do so without the comfort of knowing whether they have the type of stars it takes to get back to the top. The only thing they know for sure is they are now paying LaVine like he is one.