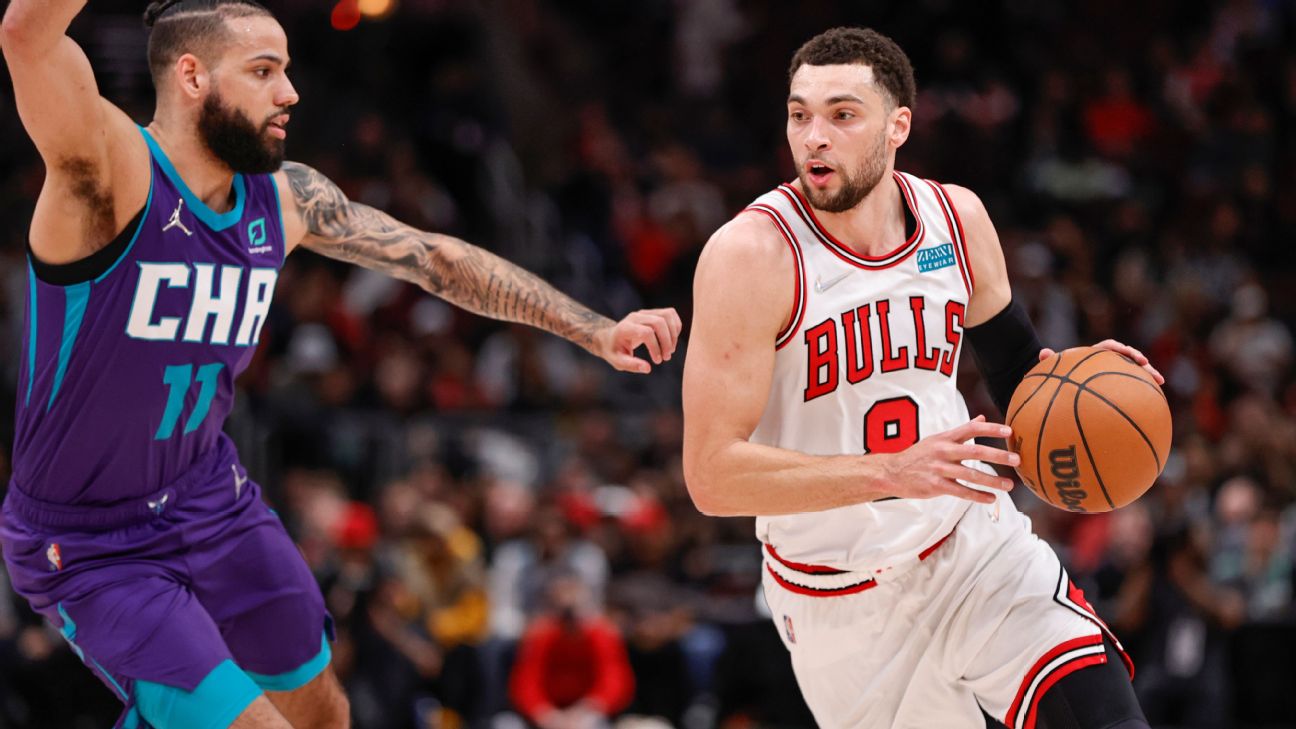 CHICAGO -- After entering the All-Star break tied for first place in the Eastern Conference, the Chicago Bulls' prolonged second-half struggles have seen them fall in the standings as they endure their worst stretch of the season heading into the playoffs.

Chicago locked itself into the No. 6 seed in the East on Friday night, following a 133-117 loss to the Charlotte Hornetsin whichthe Bulls trailed by as many as 37 points at the United Center. It was the fourth consecutive loss for the Bulls, all at home, all by double-digits and all to playoff teams in the East.


The home crowd booed the Bulls as they entered the locker room trailing by 28 points during Chicago's final regular-season home game on Friday.

"They should," Bulls star Zach LaVine said after the game. "It's embarrassing. We're a really good basketball team, and we're not playing like it. They know that. We know that. It's understandable. We understand that they have our back, but we got to play better."

When asked to describe the mood in the locker room, LaVine responded: "Everybody is upset, man. We're getting our ass kicked."

"They just jumped on us," LaVine said. "We singing the same story, and I always try to be very uplifting and try to see the bright side, but I'm tired of talking. We say a lot of words and we say the right thing, but we got to figure it out. We're not doing that, plain and simple."

Since the All-Star break, the Bulls are 7-15. During that span, they rank 27th in offensive efficiency and 25th in defensive efficiency, compared to 4th and 20th, respectively, before the break. The Bulls are the only team in the Eastern Conference playoff field with a negative point differential.

"It's just one of those tests we wish we would've had earlier in the season," Bulls star DeMar DeRozan said after the game. "We had so much success so quick, so fast that I knew at some point we were going to have to deal with this type of adversity. You never want it at the end of the road.

"It's kind of like, going through high school, you getting all A's as a freshman, sophomore. Then as a junior and senior year, you get AP classes and that s--- is extremely hard. But now you've just got to buckle down and kind of put the extra work in. Studying. You've got to take it to that next level if you really want to -- if you want to go to Yale."


Bulls coach Billy Donovan took his share of responsibility for Friday's loss, saying he did not explain coverages with enough clarity earlier that day at shootaround, which forced him to burn a timeout about 90 seconds into the game. Charlotte made its first 11 field goals on Friday, the longest streak by any team to start a game this season, according to Elias.

But there was plenty of blame to go around.

"They attacked us," DeRozan said. "We couldn't guard them. They had their way."

The Bulls were without guard Alex Caruso (back) on Friday, and Donovan said the team would discuss whether he would play in Sunday's regular-season finale in Minnesota. LaVine was also not sure whether he would play against the Timberwolves as he continue to manage a knee injury that has hampered him for the entire second half.

However, regardless of Sunday's outcome, the Bulls are locked into the No. 6 seed and could face either Milwaukee, Boston or Philadelphia. Chicago is a combined 1-10 against those three teams this season, with its lone win coming against the Celtics on Nov. 1.

"We just got to do a better job because it's right around the corner," LaVine said of the playoffs. "We can't let this happen. It's embarrassing." 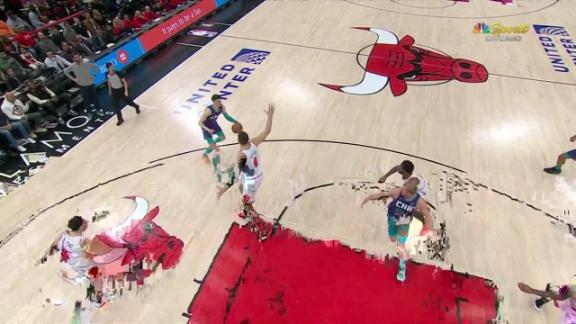