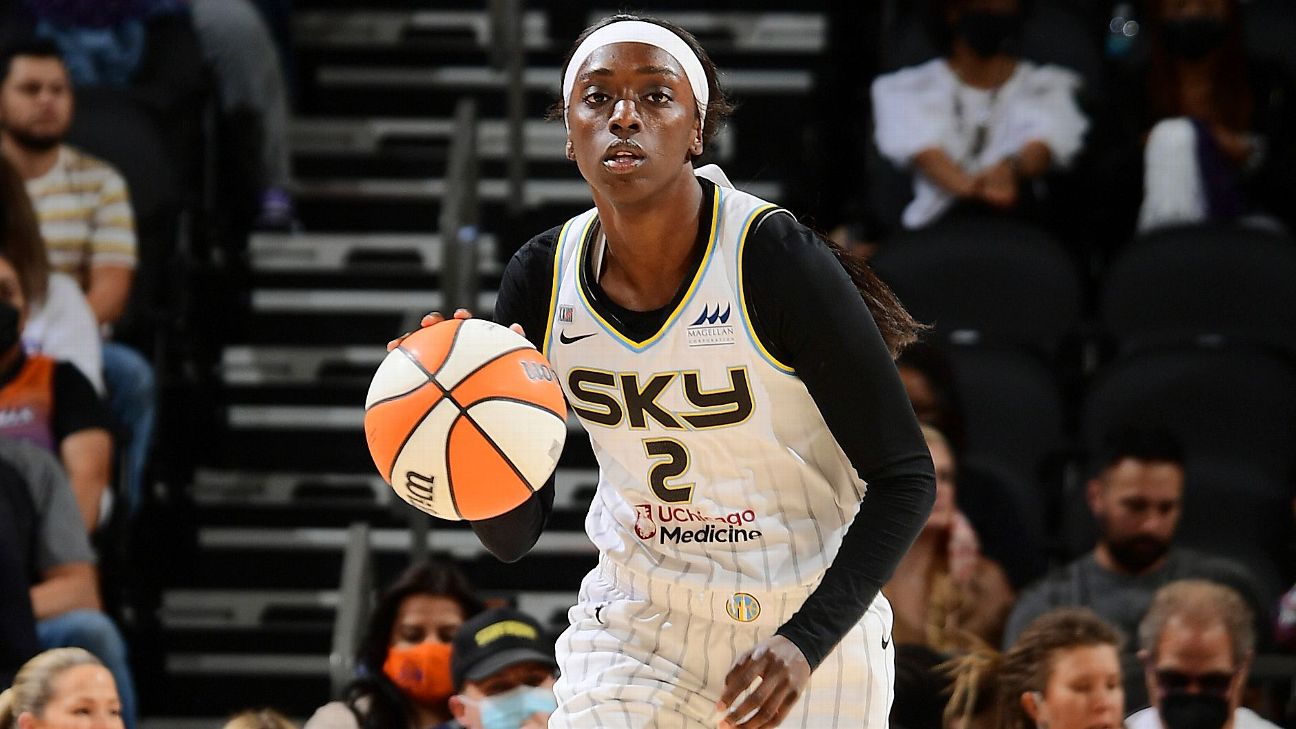 The defending WNBA champion Chicago Sky now have a key member back from their 2021 title team. Guard/forward Kahleah Copper, the WNBA Finals MVP last year, has been activated after returning from overseas play.
The Sky have started the season 2-2, and Copper will be available for Chicago's matchup at Washingtonon Sunday (ABC, 3 p.m. ET).


Last season, Copper averaged 14.4 points and 4.2 rebounds per game in the regular season and 17.7 and 5.3 in the playoffs. She has had success overseas since the Sky's title in October, being named MVP of both EuroLeague and the Spanish League while playing for Perfumerias Avenida. Her team won the Spanish League title.