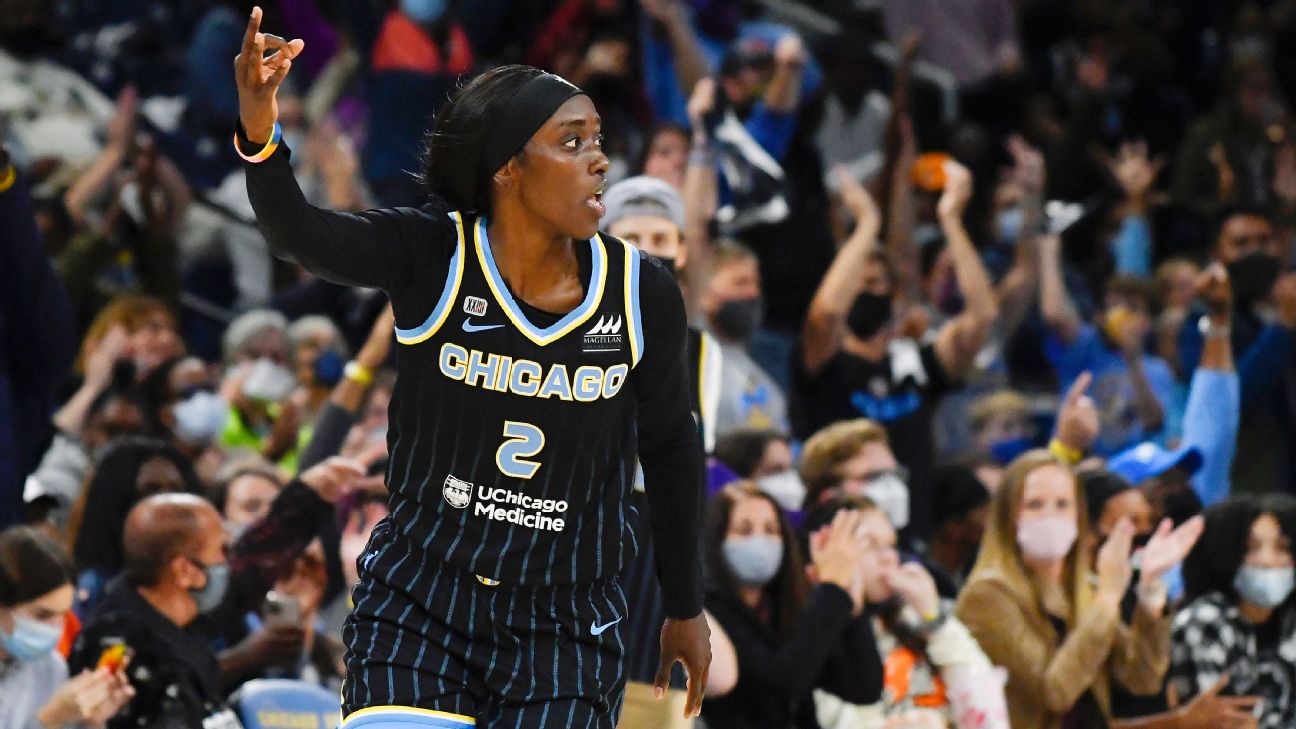 CHICAGO -- By the fourth quarter of Friday's Game 3 in the WNBA Finals, a lot of the electric energy had dissipated at a sold-out Wintrust Arena.

Not because the hometown Chicago Sky were struggling. To the contrary, they are now one victory away from the first WNBA title in franchise history. It's just that the Sky so thoroughly dominated the Phoenix Mercury in an 86-50 victory that the Chicago fans could relax for much of the second half.


Both teams gave a lot of time to their reserves, and it was just a matter of running out the clock to get to the final 36-point margin, which is the largest in WNBA Finals history.

"I don't focus on what we won by, it's just how we played," Chicago coach James Wade said. "We know we have to stay focused. I want them to feel good about tonight's win, but after tonight we have to really hone in on the next game. We have to take care of business."

The Sky, who came into the league as an expansion team in 2006, will host the Mercury in Game 4 on Sunday (3 p.m. ET, ESPN). They lead the best-of-five series 2-1, and a victory will make Chicago the 10th WNBA franchise to win a championship as the league celebrates its 25th season this year.

Phoenix has three titles, but the fourth seems far away after just about everything went wrong for the Mercury on Friday. Their 25.8 shooting percentage from the field was a WNBA Finals low.

"We can't be any worse than 50," Phoenix guard Diana Taurasi said of the Mercury's season low in points, which is also the second-lowest total in a WNBA Finals game. "We'll be better than 50. You can take that to Vegas."

Chicago's Candace Parker has been in this situation before. In 2016 and 2017, when she was with Los Angeles, the Sparks faced a WNBA Finals Game 4 at home with a chance to clinch a championship. They lost both. In 2016, they won the title anyway in Game 5 on the road at Minnesota. In 2017, though, they lost the championship to the Lynx.

The last thing the Sky want now is to go back to Phoenix.


"This is right where we want to be, to have an opportunity," said Parker, who returned to her hometown of Chicago this season as a free agent. "But they're a great team. The biggest thing is not getting ahead of ourselves. It's crucial for us to have the same mentality that we had coming into this game."

Every Sky player scored Friday, led by Kahleah Copper with 22 points. Courtney Vandersloot had 10 assists and passed Seattle's Sue Bird for the most WNBA playoff games with double-digit assists (10). Vandersloot also now has a WNBA postseason-record 87 assists this year.

The Sky could have been rattled after losing Game 2 in overtime in Phoenix on Wednesday. Instead they dominated Friday almost from the tip, tying the Finals record for largest lead at halftime (22). The last time a team had that big a lead at the break in a WNBA Finals game, these same two franchises were involved -- Game 1 of the 2014 Finals, when Phoenix had the big margin. The Mercury went on to win that game and swept the series for their third championship.

Taurasi and Brittney Griner were on that Mercury team, and if they are to force a Game 5 this year, both will need to help fix what was wrong with the Mercury's offense Friday. Griner was the only Phoenix player who scored in double figures, but she was just 7-of-17 for 16 points. Guards Taurasi and Skylar Diggins-Smith combined to shoot 3-of-19 from the field.

"Today, honestly, nothing worked," Taurasi said. "Inside, outside, they really took us out of everything we wanted to run."

Said Diggins-Smith: "It was ugly as hell. Give them all the credit, and let's play on Sunday. We didn't lose the series tonight. We've got an opportunity to get it out of the mud. We've got to bring it. This is what you want." 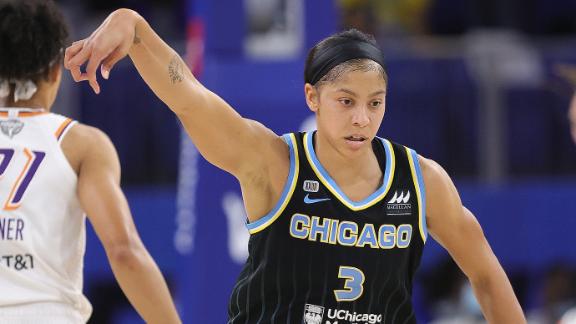