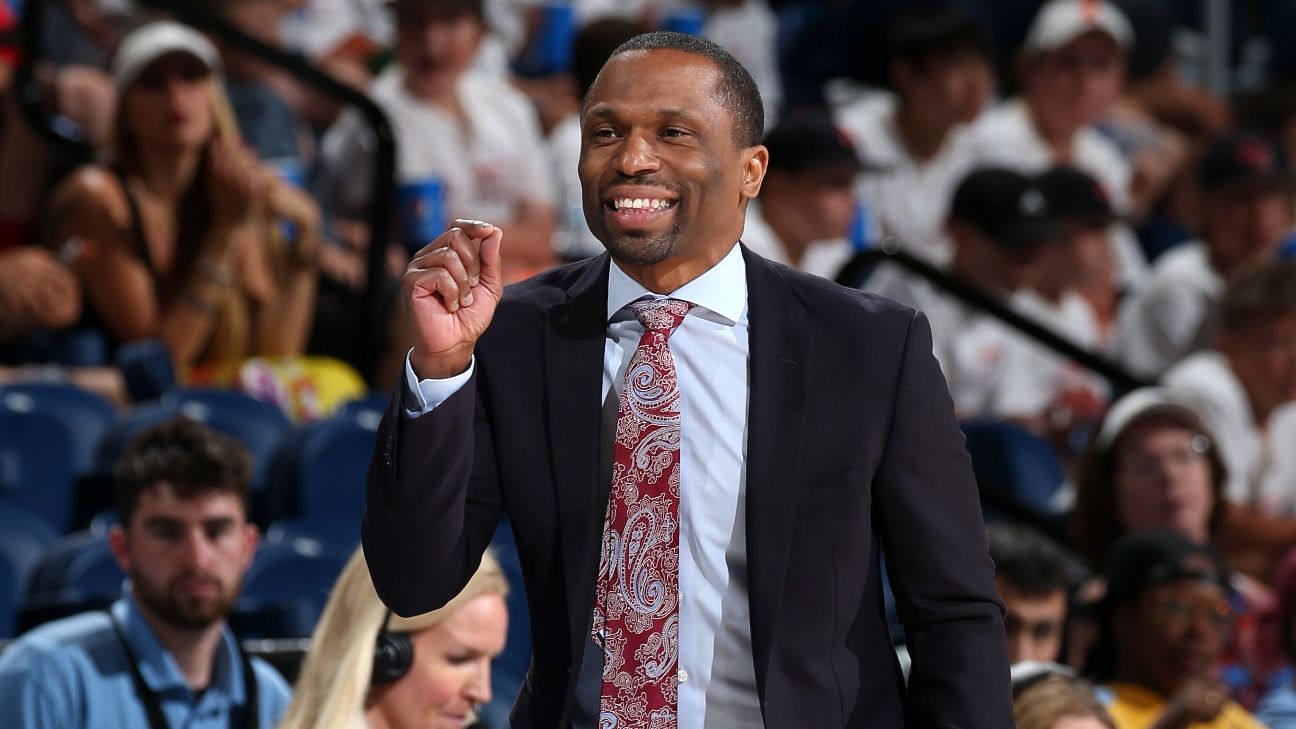 The Chicago Sky have signed coach and general manager James Wade to a four-year contract extension that will take him through the 2025 season.

Wade took over the WNBA franchise in 2019 and has made the playoffs both seasons, going 32-24 in the regular season. He was the 2019 WNBA Coach of the Year.


"I feel like I found a home," Wade said. "I truly appreciate the organization for trusting in me and seeing me as a part of their future. I feel extremely fortunate and am excited to lead this franchise to what we hope will be many successful seasons to come."

Wade is one of three Black head coaches in the WNBA, along with Los Angeles' Derek Fisher and newly-hired Vickie Johnson of Dallas, who was announced as the Wings' new coach on Dec. 9. Fisher and Johnson were longtime players in the NBA and WNBA.


Wade, 45, played professional basketball for 13 years overseas. He entered the WNBA as a coaching intern with San Antonio in 2012, then became an assistant coach with the Stars in 2013. He moved to Minnesota as an assistant in 2017, then went to Chicago in 2019. He has also been an assistant coach for Russian powerhouse UMMC Ekaterinburg in women's basketball.

"James has done a remarkable job of establishing a winning environment, culture, and team camaraderie," Sky owner Michael Alter said in a statement. "He is an excellent teacher and coach, both on and off the court. This well-deserved extension represents continuity for our team and we are proud to have James lead us forward."
Report a correction or typo
Related topics:
sportsespnchicago skynewswnbaespnw sports
Copyright © 2021 ESPN Internet Ventures. All rights reserved.
More Videos
From CNN Newsource affiliates
TOP STORIES