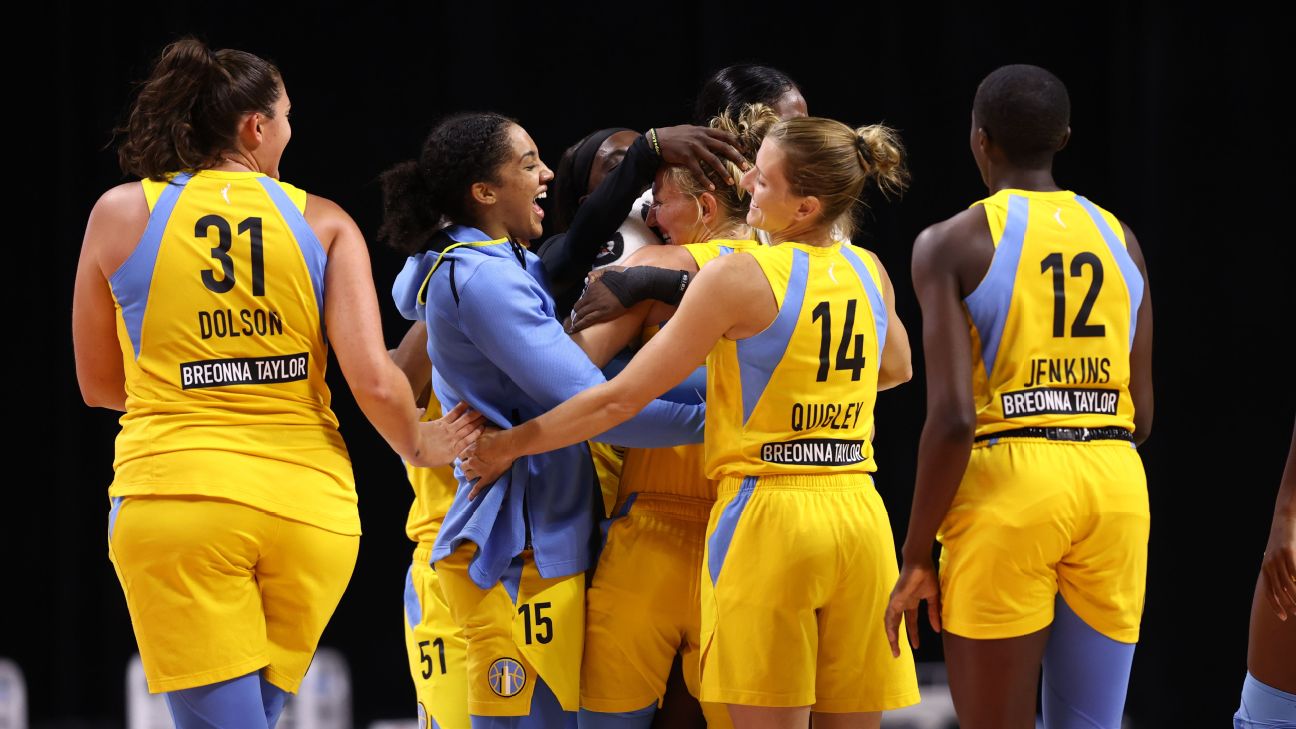 Vandersloot tied the record of 16, held by Ticha Penicheiro, on a drive to the basket, drawing two defenders and finding Ruthy Hebard under the hoop for a 89-74 lead with 3:22 remaining.

"This one feels good, because I absolutely thought this record was untouchable," Vandersloot said. "Shoutout to Ticha for setting this one. My teammates were knocking down shots, and they were just as happy as I was. It makes it so much more enjoyable for me out there."

Penicheiro, who reached 16 assists in 1998 and 2002, tweeted a congratulatory note to Vandersloot after the game.

Vandersloot finished with 13 points and 18 assists and Quigley added 19 points for Chicago (11-6). Gabby Williams and Kahleah Copper each scored 21 points.


The win snapped a two-game skid for Chicago.

"It was a good energy boost for us," coach James Wade said. "And it was a good reward for someone so selfless. She finds enjoyment from her teammates getting baskets and putting them in good situations to score. It's special having someone like that, and I don't take it for granted."

The game was originally scheduled to be played last Wednesday but was postponed because the WNBA players decided not to play that night or the next in solidarity with their NBA counterparts following the weekend police shooting of Jacob Blake, a Black man, in Kenosha, Wisconsin.