Clemson Tigers welcomed home by 6,000: 'Our fans are uncommon' 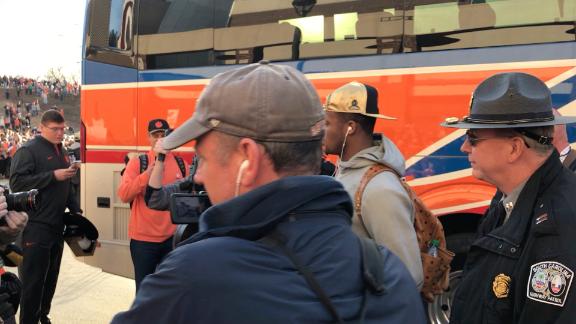 CLEMSON, S.C. -- Ben Boulware was exhausted, and the bus ride home felt interminable. He hadn't slept more than a few minutes since Clemson stunned Alabama 35-31 in Tampa, Florida, on Monday night to secure the school's first national championship in 35 years.

The adrenaline that fueled the senior linebacker through a raucous night of celebration was gone, and he struggled to stay awake as the fleet of buses rounded Perimeter Road and went up over the hill into the parking lot of Memorial Stadium.

Then Boulware saw them, nearly 6,000 orange-clad fans eager to join the celebration.

The 2016 national champions spilled from buses and were quickly enveloped by a mass of humanity that had begun assembling outside the stadium hours in advance.

Deshaun Watson, who led a game-winning drive in the final seconds and now will head to the NFL, pulled his luggage from a bus, signed autographs and posed for photos with fans.

A fan held a sign asking Dabo Swinney's son Will to prom, and players eagerly tried to arrange a meeting.

One fan wept as he told Boulware how proud the team had made him.

"Our fans are uncommon, our football team is uncommon, and the culture here is uncommon," said Boulware, who is from neighboring Anderson, South Carolina. "I'm pumped for the team and the guys that laid the foundation for us, but really I'm so happy for this community that waited too damn long for us to bring that trophy back."

Indeed, the fans in Clemson were still basking in the team's glory Tuesday.

At Tiger Sports Shop, national championship gear flew off the shelves, with store employee Stephen Vaughn guessing they'd done as much business Tuesday as a typical home game. The store had opened its doors late Monday night after Clemson clinched, and a hefty portion of the more than 5,000 fans who'd gathered to watch the game poured inside for their first crack at merchandise.

"The computers crashed, and most people didn't get mad," Vaughn said. "They just started doing the Clemson chant."

The official parade is set for Saturday, with the team marching from downtown Clemson to the stadium, but this was too big a celebration to wait for anything formal.

Outside the stadium, Adam McClain posed his son, 2-year-old Cash, in front of Howard's Rock. The boy was draped in Watson's No. 4 jersey and held a football. Behind him, the words "National Champions" glowed from the video boards. Cash didn't really grasp the magnitude of it all, his father said, but that wasn't important.

Adam McClain has been going to Clemson games since he was Cash's age. He remembered his father traveling to Miami to see the Tigers secure their last national title in 1981. He didn't understand what it meant back then either.

"Years later, you realize," McClain said. "It's surreal now. It's been amazing."

McClain's awe wasn't reserved for the fans. Clemson's coaches and players also milled about outside Memorial Stadium, sleep-deprived and delirious, trying to simply enjoy the moment.

Christian Wilkins, the Tigers' star defensive end, surveyed the crowd and shook his head. It's a funny thing, he said. After a year of work to make this moment a reality, he had to remind himself that it was real.

"We won a national championship," Wilkins said. "To know that it's real, that no one can take it away from you, it feels so great." 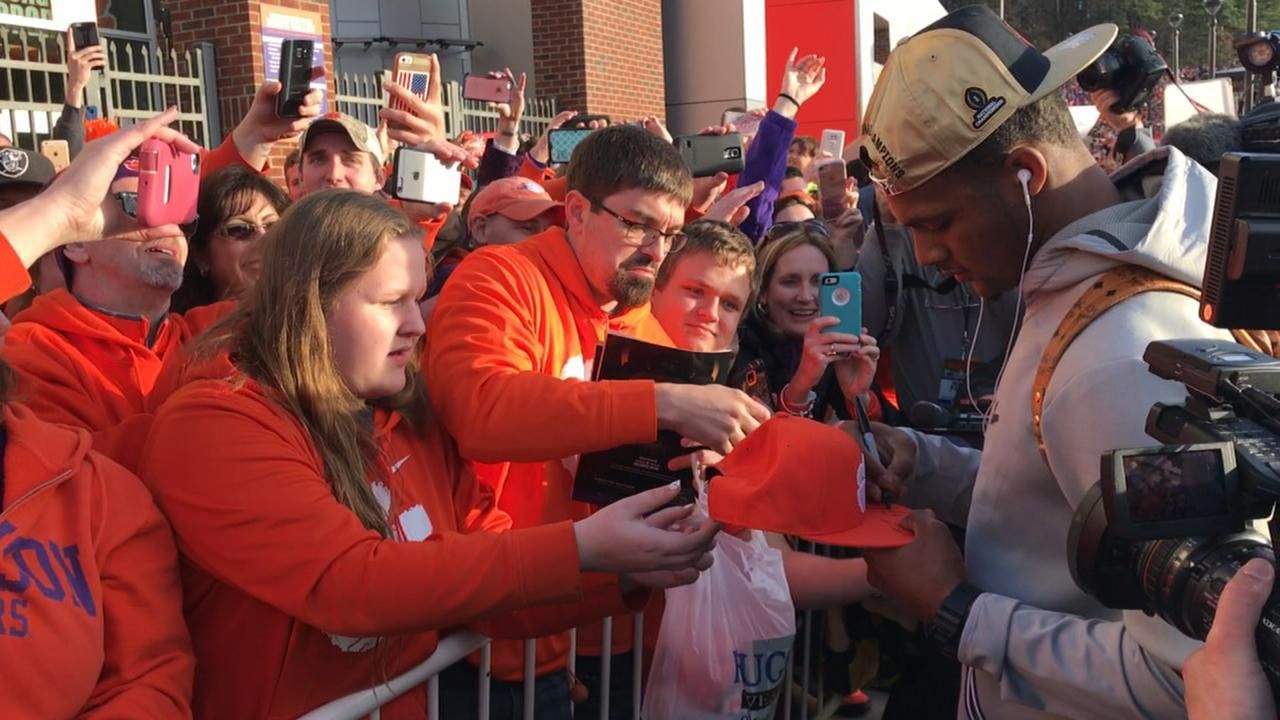