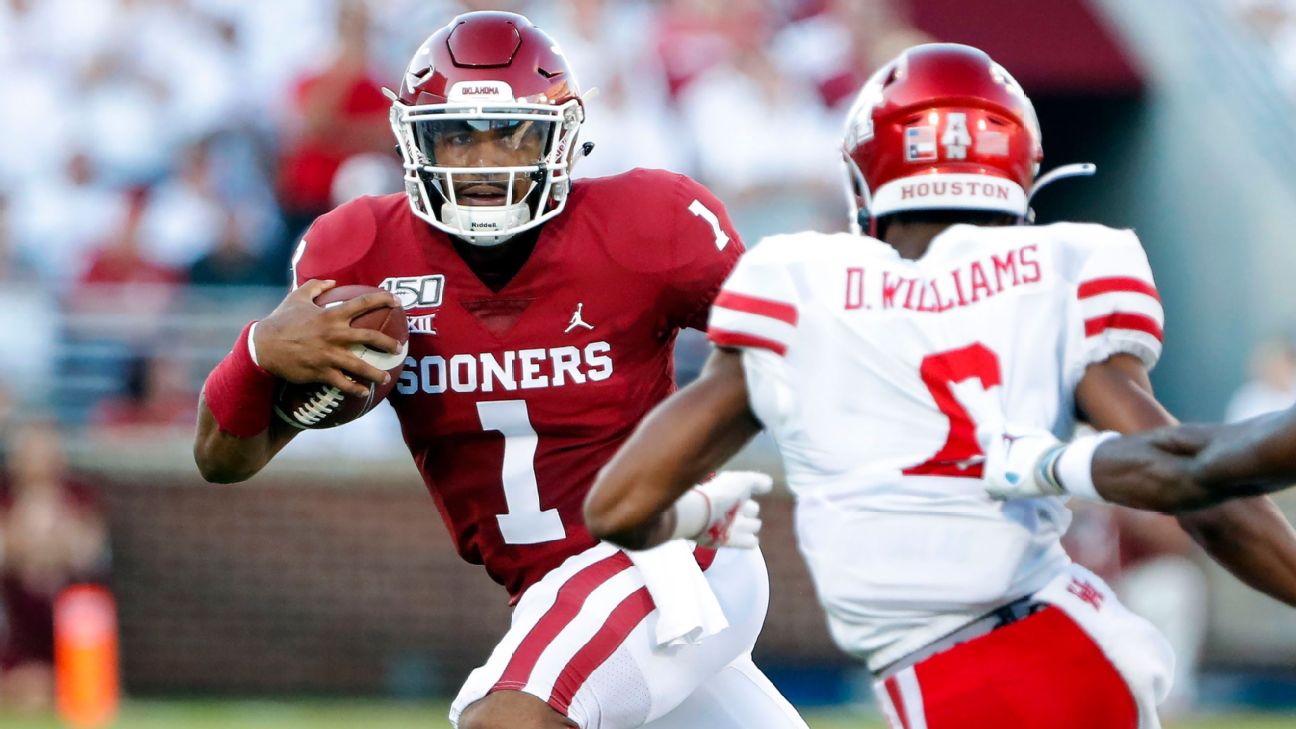 College football is at the point of the season where major individual award watch lists have expanded to include what can seem like just about every above-average player in the country.

It makes sense because it helps raise awareness for both the awards and the players, but it's also way too early to rule anyone out. Teams have hardly gotten into their conference schedules, and a lot of what happens in September isn't too relevant just weeks later.

But if Heisman prognosticating can happen weekly, it seems only fair to check in on some of the other prominent awards now and again during the season.

Here's a look at some of the top contenders for several of the major national individual awards. We'll check back monthly as the season progresses.

Oklahoma's Jalen Hurts went from competing with Tua Tagovailoa for playing time at Alabama to competing with him for national awards. The most impressive part of Hurts' development under coach Lincoln Riley is how effective he has been on downfield throws. Against Texas Tech on Saturday, he completed five of eight passes that traveled 20-plus yards downfield, averaging 34.8 yards per attempt. The field here is deep: LSU's Joe Burrow, Ohio State's Justin Fields and Texas' Sam Ehlinger all have compelling statistical cases. These five quarterbacks have a combined 83 touchdown passes with only four interceptions.

In the past 15 years, only three players rushed for more yards in the first five games of the season than Oklahoma State's Chuba Hubbard has this season (938). Those players -- LSU's Leonard Fournette (2015), Stanford's Bryce Love (2017) and Northern Illinois' Garrett Wolfe (2006) -- all went on to rush for 1,900-plus yards. Hubbard is rushing for roughly 50 yards more per game (187.6) than the next-most productive back in the country, Wisconsin's Jonathan Taylor (139.8), who won last season. Ohio State's J.K. Dobbins (654 yards) and Louisiana's Trey Ragas (9.8 yards per carry) are also off to promising starts.

The odds that Hubbard and teammate Tylan Wallace both win major awards are slim, but they might be the two favorites right now. Wallace's 618 receiving yards are tops among Power 5 receivers, and he's tied for sixth nationally in touchdown receptions. Last year's winner, Alabama's Jerry Jeudy, might have competition on his own team if DeVonta Smith can continue to play anywhere near the level he showed Saturday against Ole Miss. Smith tied the SEC record for touchdown receptions (five) and set a school record with 274 yards receiving.

The most dangerous receiving threat to this point has been Oregon's Jacob Breeland, who has 18 catches for 265 yards and five touchdowns in four games. His closest competitor so far is Washington's Hunter Bryant (23 catches, 334 yards, 1 TD), and their teams will play on Oct. 19. Two Group of 5 players to watch: Florida Atlantic's Harrison Bryant (21-345-0) and Western Michigan's Giovanni Ricci (23-350-5).

Anyone who watched Auburn DT Derrick Brown against Texas A&M knows what a special talent he is. He has been dominant for Auburn and looks every bit the part of a future top-10 pick.

It's hard not to watch Ohio State's Chase Young and conclude that he is the most dominant pass-rusher in college football. He leads the nation with eight sacks and drives the engine on one of the most dominant defenses in the country. One name USC fans will be frustrated to see in the mix here is Illinois DE Oluwole Betiku Jr., who leads the nation in total tackles for loss (10.5) and sacks per game (1.75) through four games. He didn't log much playing time in his first two seasons at USC and sat out last season following surgery before leaving as a graduate transfer.

Cal's Evan Weaver developed into one of the best linebackers in the country last season and has looked even more dominant so far this year. He reads the game so well that it can feel strange if he's not around the ball at the end of a play. Weaver's 78 tackles are 20 more than anyone else in the country has, and Cal is a fringe top-25 team primarily because of its defense. Clemson's Isaiah Simmons doesn't pile up the totals like Weaver does, but he's a bigger threat in the backfield and is playing like the All-American he was billed as coming into the season.

True freshman Derek Stingley Jr. arrived at LSU as one of the most prized recruits in the Class of 2019 and has surpassed any reasonable expectation for a true freshman. He might not be to the level of Oklahoma's Jaden Davis or Alabama's Patrick Surtain II quite yet, but if there is a gap, it's small. Safeties Antoine Winfield Jr (Minnesota) and J.R. Reed (Georgia) are off to All-American-type starts.

The most versatile offensive player in the country so far has been Washington State's Max Borghi, who is the only player with at least 200 yards receiving and 300 yards rushing, but he doesn't return kicks. Virginia's Joe Reed might be the most dangerous kick returner in the country, and he leads the Cavaliers with 32 catches. UCLA is a disaster on offense, but Demetric Felton has shown his versatility. The junior running back has returned a kick 100 yards for a touchdown, taken two passes for 75-plus yards and rushed for 196 yards.

Selecting the nation's kicker by the end of the season is usually pretty straightforward, but there are currently 17 kickers who've attempted at least five field goals without a miss so far, including last year's winner, Syracuse's Andre Szmyt. Oklahoma State's Matt Ammendola is 10-for-10 and hasn't missed on 24 extra-point attempts.

Kentucky's Max Duffy is on pace for what would be a historic season. He's averaging 49.3 net yards per punt (on 23 attempts), which is 2 yards more than anyone else with at least 10 punts has averaged in FBS in the past 15 years. 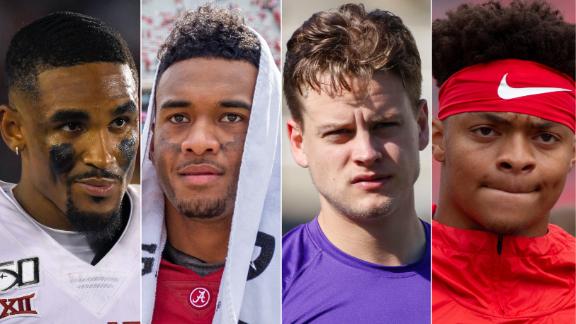