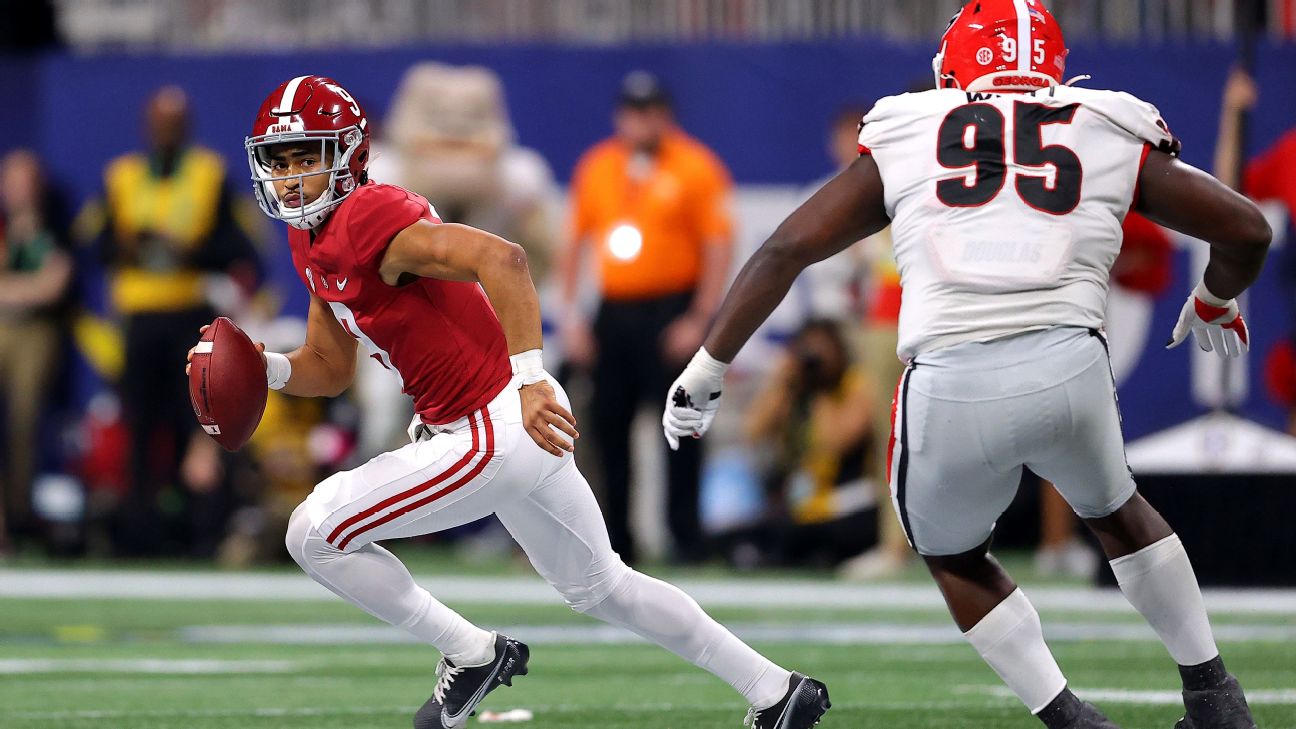 GRAPEVINE, Texas -- It's finally here. Saturday's conference championship games will end weeks (months?!) of hypotheticals and put the pressure squarely on the shoulders of the College Football Playoff selection committee to pick the four best teams in the country on Selection Day.

The committee gathered on Friday evening to watch the C-USA and Pac-12 title games at their headquarters in the Gaylord Texan Resort. They will reconvene on Saturday to watch the rest of the FBS championships, and then begin their deliberations following the end of the ACC and Big Ten championship games.


As the rest of the results unfold, we will break down how each game will impact the race for the playoff and beyond:

The SEC should have two teams in the top four, with SEC champion Alabama earning the committee's No. 1 spot and Georgia falling to No. 2 or No. 3 depending on how the Big Ten championship game plays out. While Georgia's strength of schedule was No. 50 entering Saturday -- worse than Oklahoma State, Notre Dame, Ohio State and Baylor -- the selection committee has been impressed with the Bulldogs' consistency all season, particularly on defense. It entered the game ranked in the top two in both offensive and defensive efficiency. Alabama lost to Texas A&M and never dropped out of the committee's top four. It would be shocking to see them drop the team they had ranked No. 1 all season long after losing to their own No. 3 team -- even if it was a lopsided game.


Cincinnati should finally be able to exhale, secure in its No. 4 spot. The Bearcats beat No. 21 Houston convincingly, leaving no doubt they were the better team. And they don't have to worry about getting into a debate with Oklahoma State after the Cowboys lost to Baylor in the Big 12 title game. It's highly unlikely the committee would put two-loss Baylor ahead of undefeated Cincinnati. As good as the Bears' résumé is, Baylor didn't exactly make a case for a top-four finish. Cincinnati did.

The Big 12's playoff hopes took a nosedive when two-loss Baylor beat Oklahoma State to win the conference championship, eliminating the Cowboys from the CFP discussion.

With Alabama, Georgia and Cincinnati likely locking up top-four spots, Baylor's best hope for any serious conversation was an Iowa win over Michigan in the Big Ten title game, but that didn't happen.

The Wolverines will head to the playoff as a one-loss Big Ten champion, most likely keeping the No. 2 spot after its blowout of the Hawkeyes. If that's the case, Michigan would face the committee's No. 3 team, likely Georgia.

Notre Dame started Saturday clinging to some hope, which all but disappeared with the results of the SEC and AAC title games. The worst thing that could have happened for the Irish was for Alabama and Cincinnati to both win, which they did. Any sliver of hope of an Iowa win in the Big Ten title game was erased Saturday night. 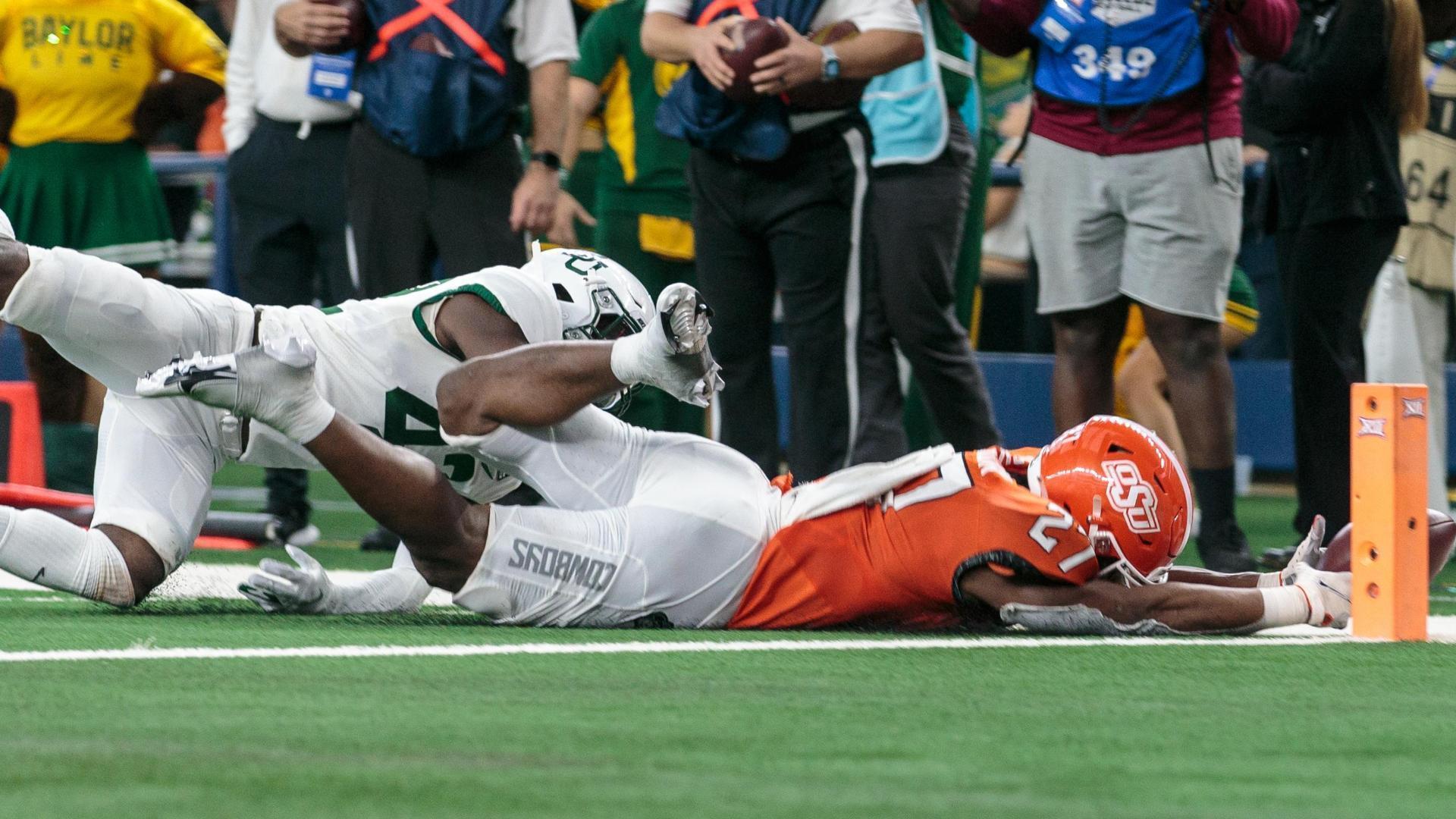 Baylor overcomes late PI call, stands strong at goal line to win Big 12
Oklahoma State gets a new set of downs after a pass interference call, but the Baylor defense denies the Cowboys on four straight plays to win the Big 12 title. 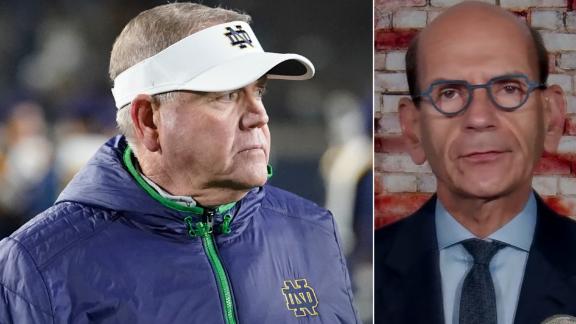 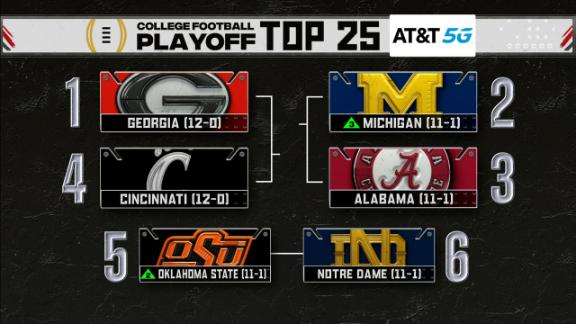 Michigan jumps up to No. 2 in latest CFP rankings
Georgia, Michigan, Alabama and Cincinnati are revealed as the top four teams in the College Football Playoff rankings. 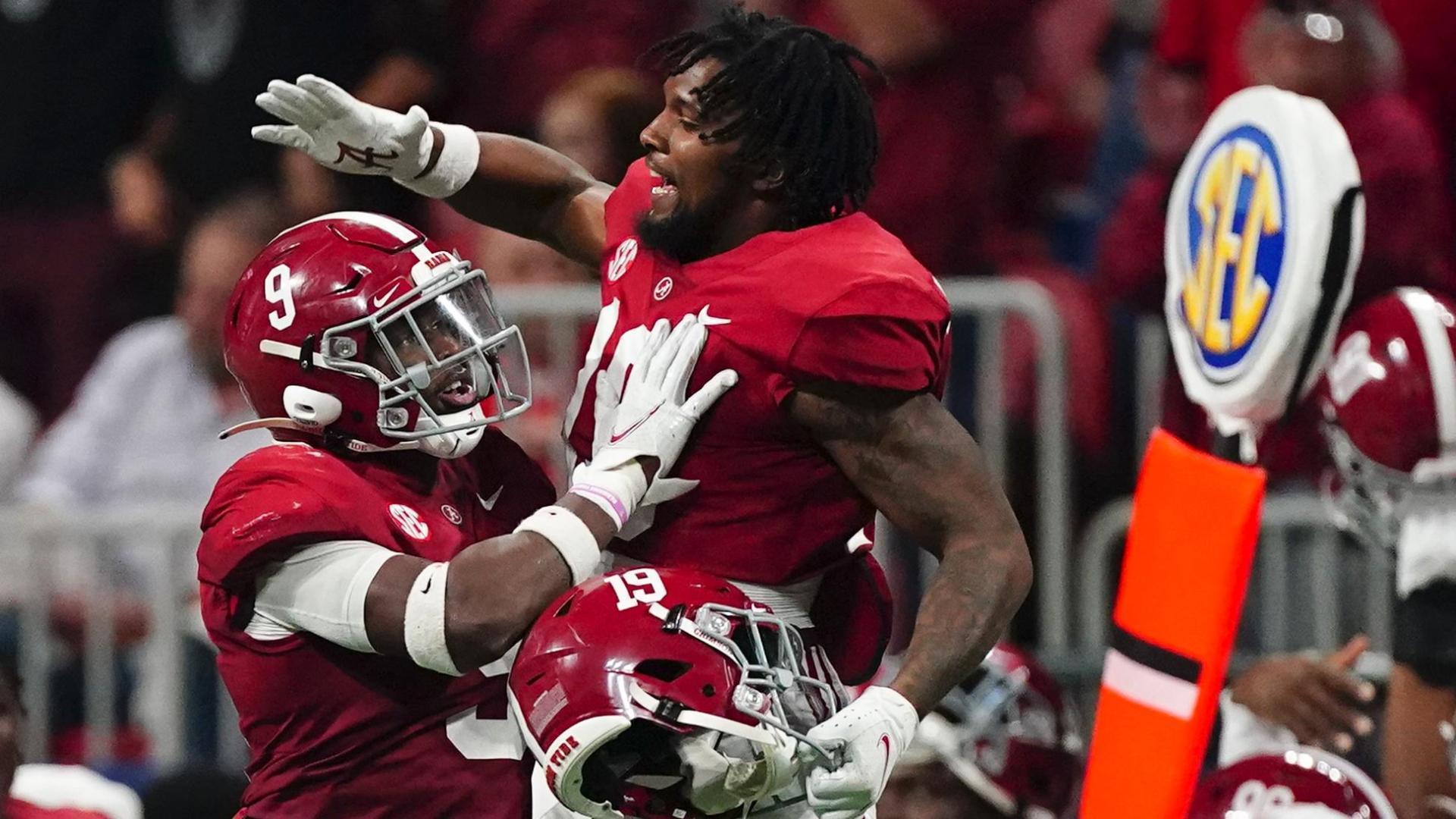 Bama breaks game open with pick-six in the 4th quarter
Stetson Bennett is picked off by Jordan Battle who returns it 40 yards for an Alabama touchdown. 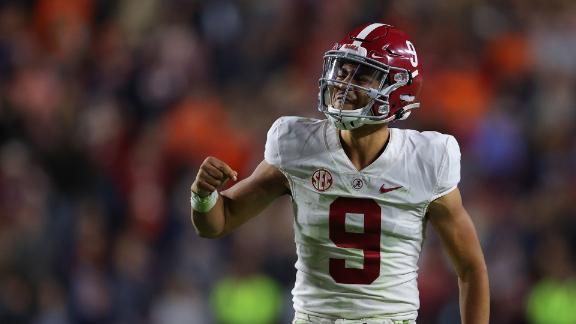 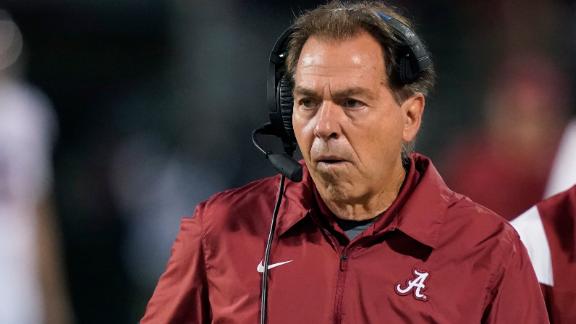