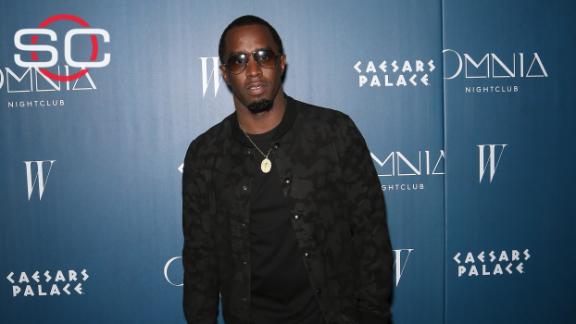 LOS ANGELES -- Sean "Diddy" Combs was defending himself in an incident at UCLA that led to his arrest, a representative from the hip-hop mogul's company said Tuesday.

"The various accounts of the event and charges that are being reported are wholly inaccurate," Nathalie Moar, a rep for Combs Enterprises, said in a statement to The Associated Press. "What we can say now is that any actions taken by Mr. Combs were solely defensive in nature to protect himself and his son."

Diddy was arrested Monday for an alleged assault involving a weight-room kettlebell at the athletic facilities of UCLA, where his son plays football, a university statement said.

The district attorney's office doesn't expect Diddy's case to be presented to it until next week.

University police allege three counts of assault with a deadly weapon, one count of making terrorist threats and one count of battery, according to a UCLA statement.

"We are confident that once the true facts are revealed, the case will be dismissed," Combs Enterprises said.

Officials did not say who was allegedly assaulted or what led to it. No one was seriously injured, police said.

The jail records show that Combs' bail was $160,000, but sheriff's officials reached by phone said he posted $50,000. The reason for the discrepancy wasn't clear.

Combs' son Justin Combs is a redshirt junior defensive back on the UCLA football team, which has been working out on campus. He has played in just a handful of games in his three years with the team.

On Tuesday, he took to Instagram to thank his father for always being there to support him.

The son of another major rap star also plays football for the Bruins. Snoop Dogg's son Cordell Broadus is a wide receiver who signed with the team this year.

"When you're weighing the assets of what a youngster can do for your program, there's no question [being Diddy's son] had something to do with it for me," Neuheisel said. "Justin is a great kid. His problem was his size. He's not big enough to be a dominant player. Could he be productive? Yes. The fact his father was an influential guy played into my decision to go ahead and offer him."

On Monday, football coach Jim Mora thanked his staff for their professionalism in handling the situation.

"This is an unfortunate incident for all parties involved," Mora said in the statement from campus police. "While UCPD continues to review this matter, we will let the legal process run its course and refrain from further comment at this time."

The arrest, first reported by TMZ, is the latest of several allegations of violence by Combs.

Combs was arrested in 1999 for his involvement in the beating of former Interscope executive Steve Stoute in New York. Combs apologized, the charges were reduced, and he was ordered to attend an anger management class.

Information from ESPN Los Angeles.com's Arash Markazi and The Associated Press was used in this report.