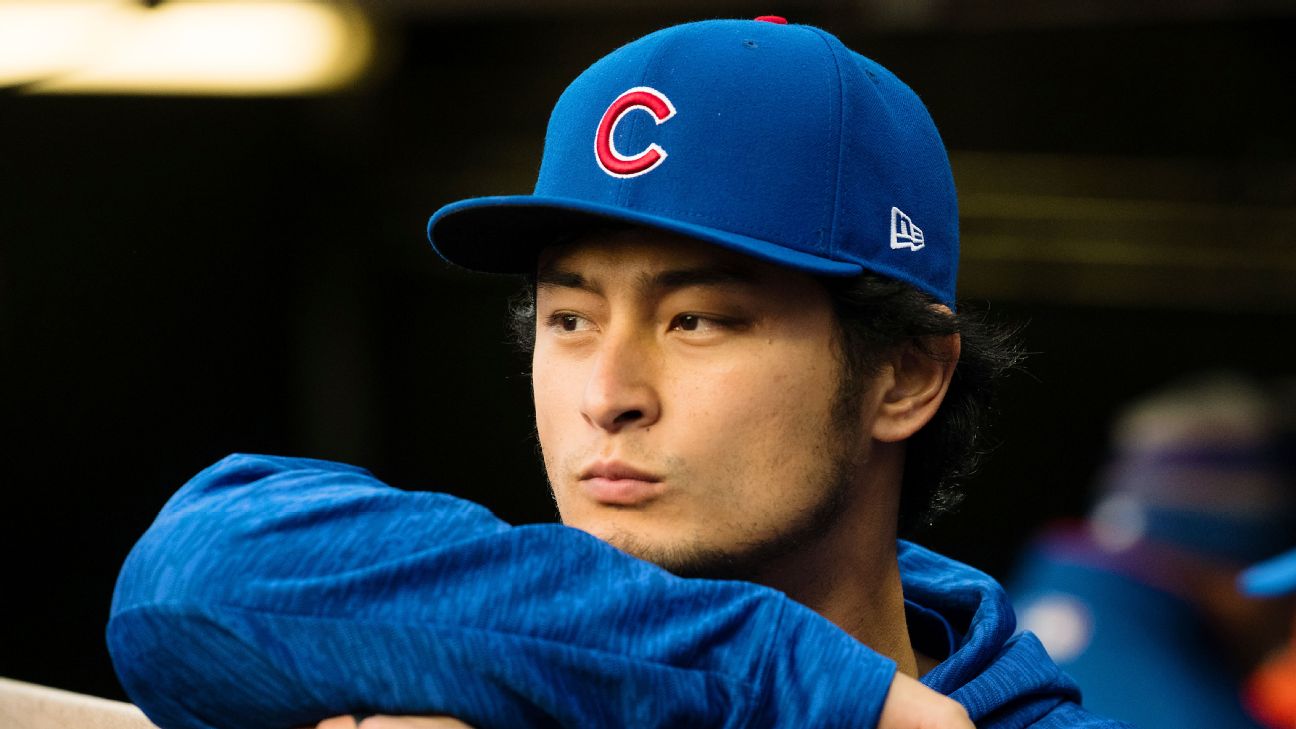 CHICAGO -- Cubs president Theo Epstein says the front office is still assessing its July trade needs as the team awaits the return of right-hander Yu Darvish from the disabled list.

Darvish has been out six weeks with an elbow issue and is seemingly back to square one in his rehab.

"It's been a good couple days for him, but he's still in that strengthening mode," Epstein said Friday before the Cubs played the Cincinnati Reds.

"Anytime you stop like that [rehabbing] and go for another opinion, you want to see some progress. We're happy with the last few days, for sure."

Darvish, 31, was on his way to returning, but a rehab start in the minors followed by a bullpen session didn't go well, as he felt pain in his elbow. The Cubs say an end-of-the-month return is possible, but they won't put a timetable on it until he's throwing again.

His status affects the Cubs' trade needs, at least a little bit, according to Epstein. The team is already in the market for a reliever or two, but could a starter be on its wish list as well? And would Chicago have the wherewithal to acquire one who could start a potential playoff game?

"There is no way we're going to go out and acquire starters the caliber of a locked-in Kyle Hendricks or a locked-in Jose Quintana and guys like that," Epstein said. "The majority of our answers lie within."

Although ranked fifth in ERA in the National League, the Cubs' rotation has underachieved, outside of Jon Lester. It's 12th in innings pitched and first in walks, although most of that damage is due to Tyler Chatwood, who leads the league in free passes.

Either way, Epstein all but ruled out acquiring a bat, meaning that early-season Manny Machado rumors were highly misplaced. The Cubs rank first in every important offensive category in the NL, including runs scored.

"On the position-player front, right now, there is not a lot we would want to go get, honestly," Epstein said. "Not a lot of roster spots to fit guys in, and we have guys we have to sit on a given day we want to get at-bats for. It's not like we're actively looking to add on the position-player side."

One of those players sitting is former MVP, Kris Bryant. He's been out close to two weeks with a sore shoulder but is feeling better after a hitting session Friday, according to Epstein. He could be activated or sent out for a rehab assignment soon.

The Cubs' biggest current need is a left-hander for their bullpen, as former swingman Mike Montgomery is entrenched in the rotation while Brian Duensing has struggled and is on the disabled list. Former Tigers closer Justin Wilson has also been unreliable since coming over in a July trade last year.