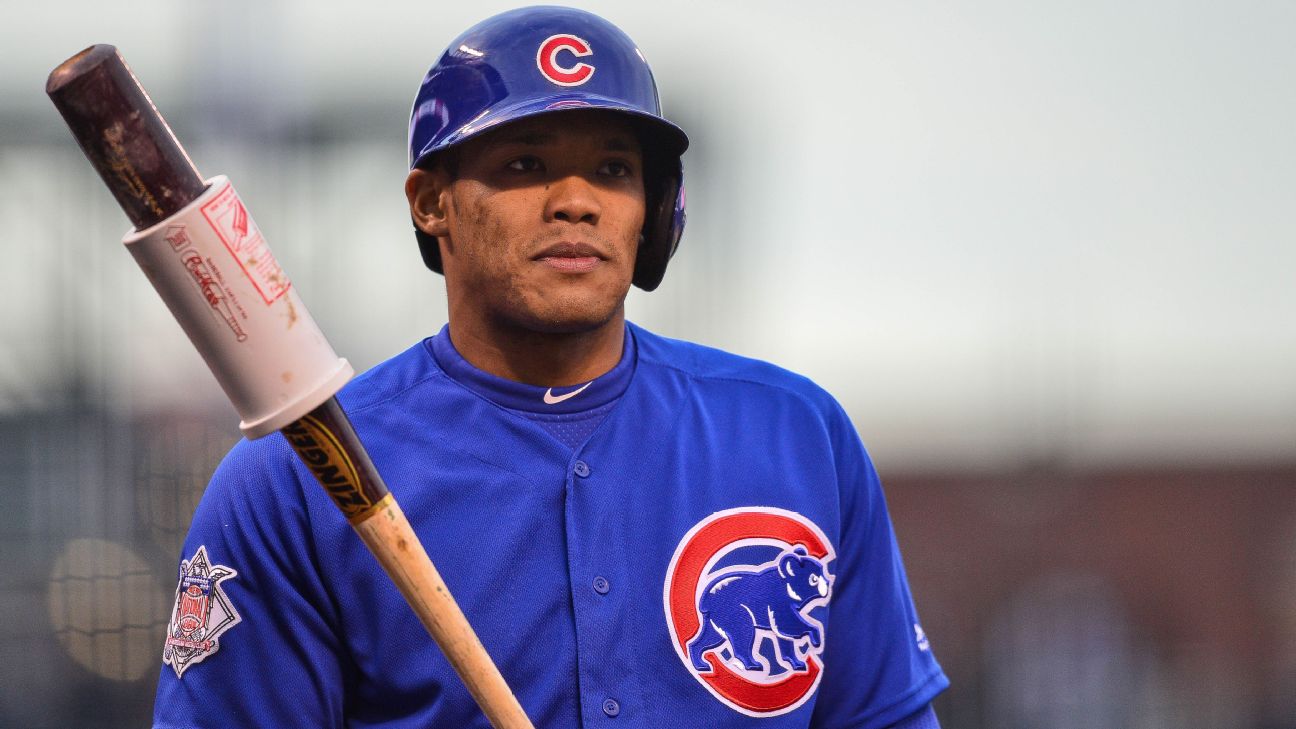 Russell, 25, becomes a free agent after five years with the team, his final two seasons marked by controversy.

The second baseman/shortstop was suspended for 40 games near the end of the 2018 season for violating the league's domestic abuse policies. Despite that suspension, the Cubs tendered him a contract for 2019, and he sat out the first 28 games of last season to complete his suspension.

He was demoted to the minors last summer not long after telling ESPN he needed to be "more familiar" with the team's signs. Russell's OPS dipped below .700 in 2018 and 2019 after several promising years to begin his career.

"We decided to non-tender Addison Russell today simply because the role we expected him to play for the 2020 Cubs was inconsistent with how he would have been treated in the salary arbitration process," Cubs president Theo Epstein said in a statement. "In the year since we decided to tender Addison a contract last November, he has lived up to his promise to put in the important self-improvement work necessary off the field and has shown growth, as a person, as a partner, as a parent and as a citizen. We hope and believe that Addison's work will continue, and we have offered our continued support of him and his family, including [ex-wife] Melisa [Reidy].

Russell was the National League All-Star Game starter at shortstop in 2016, the same year he helped the Cubs to a World Series title for the first time in 108 years. He hit a Game 6 grand slam, which essentially won the contest for the Cubs, who trailed 3-2 in the series at the time.

The next season, Russell compiled a .722 OPS while playing solid defense, though issues in his marriage began to surface. The league's investigation concluded late in 2018 when he was suspended in September, but not for any one incident.

Russell was acquired from Oakland for Jeff Samardzija and Jason Hammel on July 4, 2014, in a trade for which Chicago was widely praised.