Cubs face tough stretch without key members of their bullpen 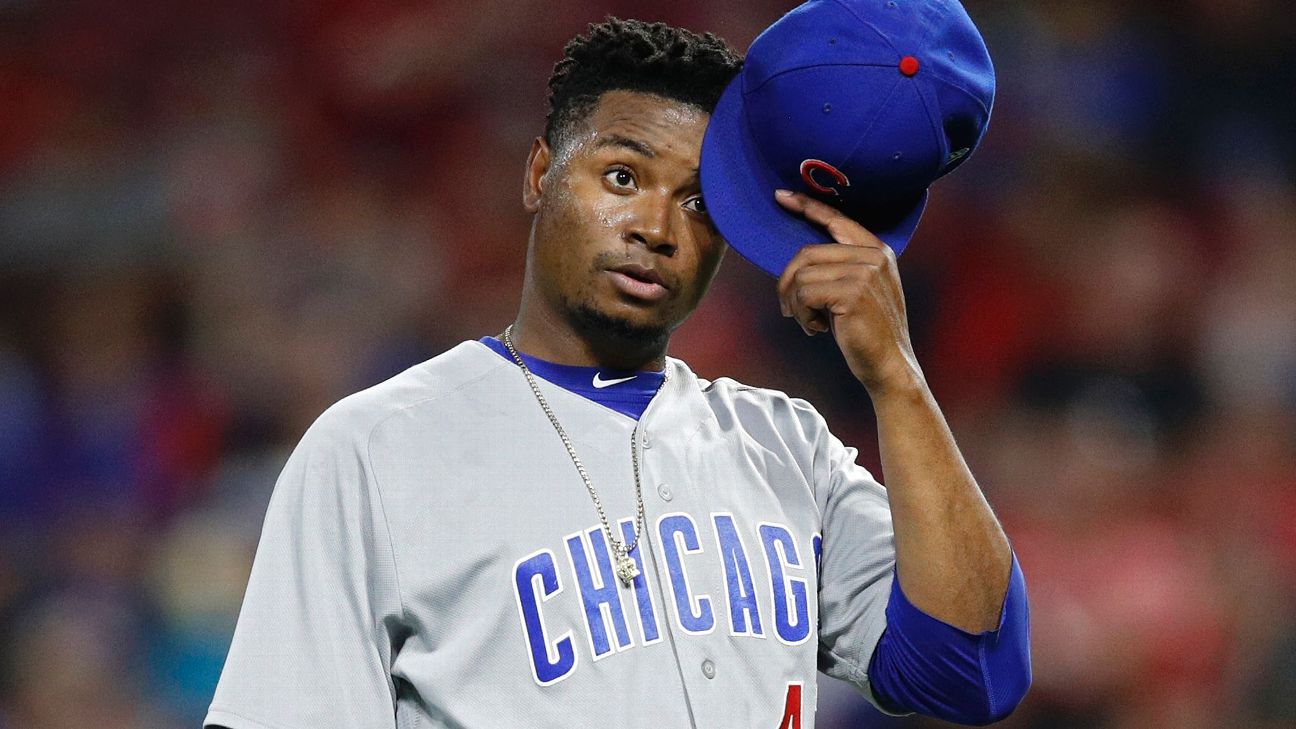 CINCINNATI -- The Chicago Cubs could be in for an up-and-down stretch until the calendar turns as they play with a makeshift bullpen and face a less-than-favorable schedule. Flying high after winning two of three from the Los Angeles Dodgers, they came back down to earth Thursday night, losing to the lowly Cincinnati Reds when reliever Randy Rosario gave up a go-ahead grand slam to Jesse Winker in the sixth inning after starter Kyle Hendricks walked in a run and was pulled.

"That's going to happen sometimes," Rosario said after the 6-2 loss. "I'm going to learn from this today. ... I felt a little weaker (less sharp) today."

There should be no blame directed toward Rosario, as he entered the game with the bases loaded and no margin for error. Plus, he's been pitching over his pay grade as a winter waiver pickup from the Minnesota Twins, sporting a 0.60 ERA coming into the night while stranding 10 of 10 inherited runners.

The issue isn't with Rosario, it's simply the situation the Cubs find themselves in: Closer Brandon Morrow is on the disabled list with back tightness after injuring himself getting undressed, and lights-out setup man Carl Edwards Jr. also is down, a shoulder ailment keeping him from pitching. Veteran lefty Brian Duensing -- who would have been an option to face Winker on Thursday -- is on the bereavement list.

"When you have less than everybody, it just has to be all hands on deck," manager Joe Maddon said before the game.

Without the aforementioned veterans, others have had to pick up the slack. Steve Cishek and Pedro Strop are the Cubs' two most reliable relievers right now, but they can't pitch every night. It means the shuttle between Triple-A and the big leagues will continue as the team tries to mix and match with fresh arms.

It's a work in progress that has mostly worked for them this season -- at least until Thursday. Cubs relievers have lost the fewest games of any bullpen in the major leagues. The likes of Justin Hancock, Anthony Bass, Rob Zastryzny, Cory Mazzoni -- and Rosario -- have done a good job, along with the Cubs' "A" hurlers. But they're all in survival mode now. Playing without Morrow has really thrown back-end roles for a loop. In fact, it's why Rosario has been able to ascend: He's been forced into high-leverage situations and mostly succeeded.

"They just have to be ready because I'm not going to lose the game in the sixth or the seventh inning, if that's a critical moment, by holding someone back," Maddon said.

With three more games against the Reds, then a three-time-zone trip to Los Angeles for four against the Dodgers before returning to Chicago -- without any days off -- will test the mettle of the whole team, not just the bullpen. It won't be a surprise if the Cubs can only play .500 baseball during this stretch, but one place they can get some help from is their starting rotation. Outside of Jon Lester, and a recent run by Mike Montgomery, the rotation has been iffy.

"When our starter can go six, it really helps," Maddon said.

Hendricks failed the sixth-inning test in a big way Thursday, leaving Rosario with a mess he could not clean up. A solid turn or two from Chicago's starting staff could take a ton of pressure off some green relievers while giving needed rest to Cishek and Strop.

That's the best way to survive a difficult string of games while shorthanded in the pen. Think how much easier it would have been if Hendricks could have gotten out of that sixth inning instead of handing the ball over with three runners on base. Friday's starter, Jose Quintana, also has had his trouble when the batting order turns over for a third time. That's when Rosario and his fellow Triple-A call-ups will be put in the spotlight some more.

"A big player here is Rosario," Maddon said. "He has the kind of stuff that plays to both sides [of the plate]."

It just didn't play on Thursday, leaving the Cubs with a loss after leading for half the game. It might not be the last one of its kind as they search for answers while trying to fill some big shoes and rest their top arms.

"It happens," Maddon said. "We just had a really emotionally tough series [against Los Angeles]. We come down here. Give us a day. We'll be back tomorrow."