WLS
CHICAGO (WLS) -- The Chicago Cubs fell to the St. Louis Cardinals 4-0 in Game 1 of the National League Division Series in St. Louis on Friday evening.

John Lackey outpitched old teammate Jon Lester, allowing two hits into the eighth inning, and rookies Tommy Pham and Stephen Piscotty each homered late as the St. Louis Cardinals cooled off the Chicago Cubs with a 4-0 victory Friday night in the opener of their NL Division Series.

In front of a standing room only crowd of 47,830 - the second-largest at 10-year-old Busch Stadium - thousands of Cubs faithful mixed into the red throng for the first postseason game between the two long-time rivals.

Lackey held the Cubs hitless for five innings, getting help from Kris Bryant' double-play ball by to end the fourth. Addison Russell ended the suspense with a solid single up the middle to open the sixth and Kyle Schwarber's bunt hit leading off the seventh was the only other hit allowed by Lackey in 7 1-3 innings.

Cubs fans who couldn't watch in person gathered at bars and restaurants near Wrigley Field to cheer on the team. There was no flying the "W" in Wrigleyville Friday night, but 16 blocks south in Old Town there was some celebrating at Sedgwicks - a Red Bird oasis.

"This is a little piece of St. Louis in Chicago," said Joe Hirlinger, a Cardinals fan.

Game 2 of the best-of-five series is Saturday. Wrigley Field is ready to host Game 3 on Monday; crews painted the NLDS logo on the field Friday morning. 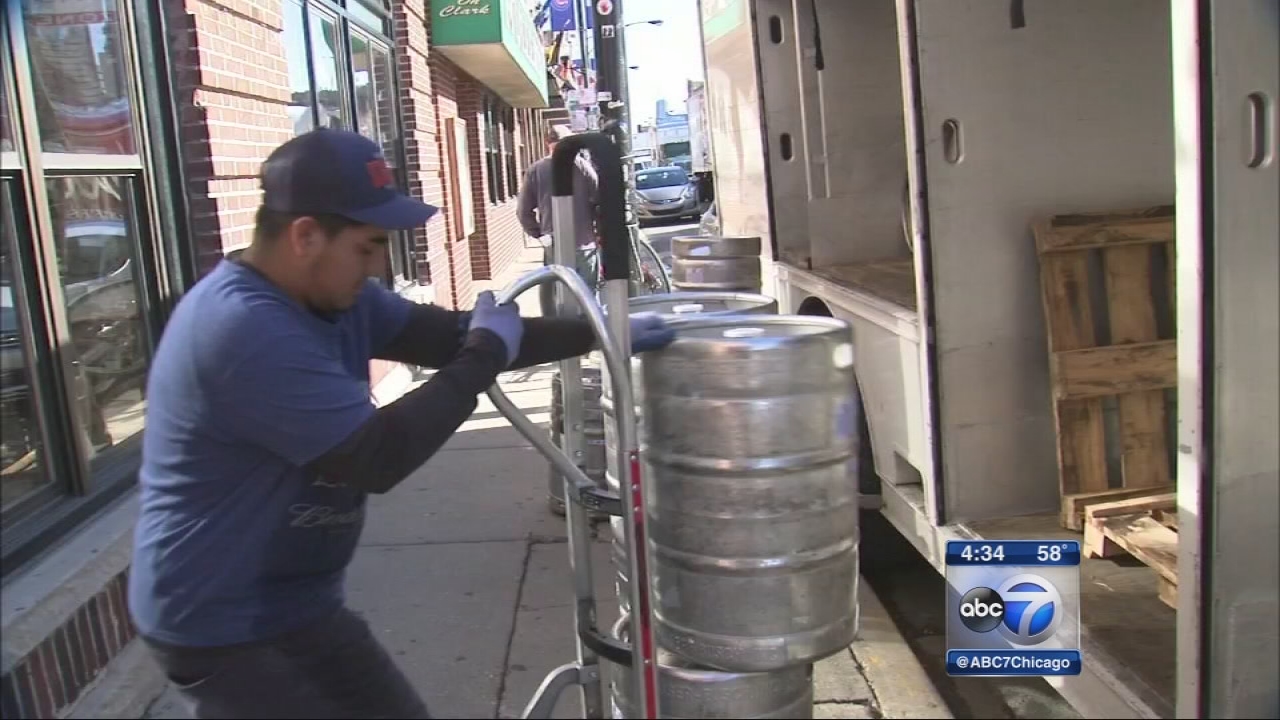 Wrigleyville bars stock up for crowds
Cubs fans are excited about the playoffs and that means business is good in Wrigleyville.

Along Clark Street, the curb lanes were jammed with beer trucks as the bars and restaurants stock up the crowds expected after Game 1.

Outside Wrigley Field, souvenir stands are out on the sidewalk near Clark and Addison and parking is going for $30 and up - even with the Friday's game in St. Louis.

Symbols of the Cubs' futility and possibility greeted the crowd at Harry Caray's, where one of the city's biggest Cubs fans feels this year is the year.

"I'm the most optimistic I've been in my entire life. It's really unreal. After 107 years, I think fans really feel like the Cubs - whether it's this year or, I think it's going to happen within our lifetime that the Cubs will win the World Series," said Grant DePorter, Harry Caray's restaurant.

"There's so much pent-up energy and so much eagerness to see them go deep, right? They've got momentum behind them winning the wildcard game, so anything can happen. It's a whole new ballgame," said Sally Aitken, a Cubs fan from Canada.

In St. Louis, some Cubs fans said they were able to buy tickets for Friday's game at the box office. Jay Repsel drove in from LaSalle Peru this morning expecting to see a Cubs big win.

"These Cardinal fans are worried. This isn't another year, these aren't billy goats, there's no curses. What's going to happen tonight is Lester's coming in, we're going to go up 1-0," Repsel said.

Despite the legendary rivalry, Cubs fans and Cardinals fans generally get along. In some cases they have to because they're family. Tony and his nephew Joe are sitting together in the bleachers.

"We have respect for each other but you know, when it's the first pitch, it's like you said - it's do or die, game on," said Joe Gall, Cubs fan in St. Louis. 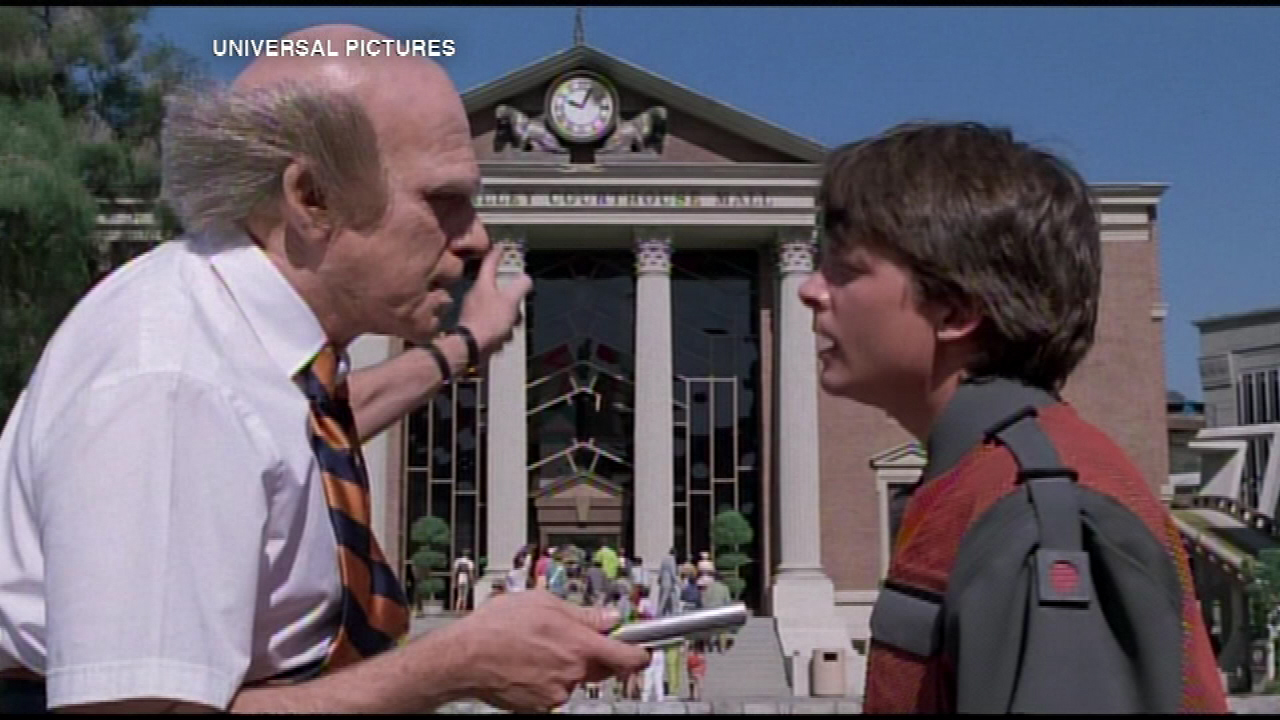 100915-wls-cubs-back-to-future-vid
Many Cubs fans are feeling positive about the postseason because of the premonition in "Back to the Future 2" that the Cubs would win the World Series in 2015.

Many Cubs fans are feeling extra good about the team's chances in the postseason because of the premonition in the 30-year-old movie "Back to the Future 2" that the Cubs would win the World Series in 2015.

Ironically, the movie was co-written by Robert Zemeckis, who is from Chicago, and Bob Gale, who is from suburban St. Louis. Of course, for the premonition to come true, the Cubs will have to eliminate Gale's team. 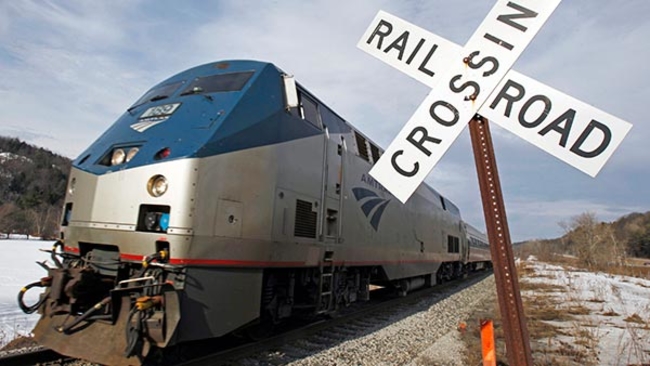 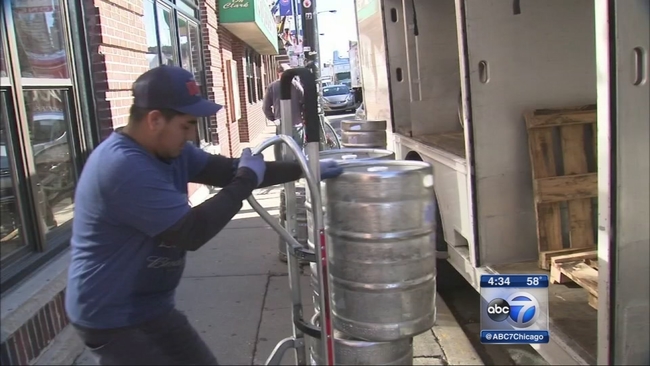 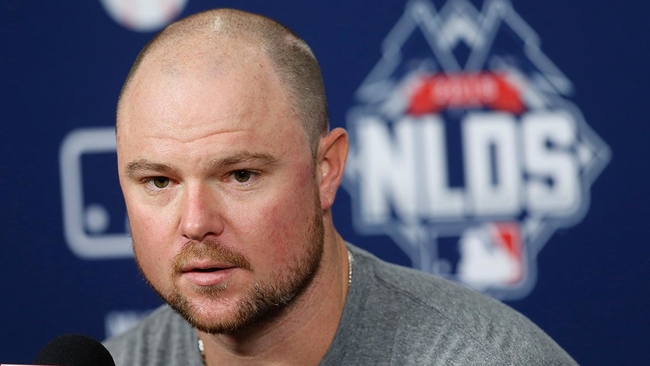 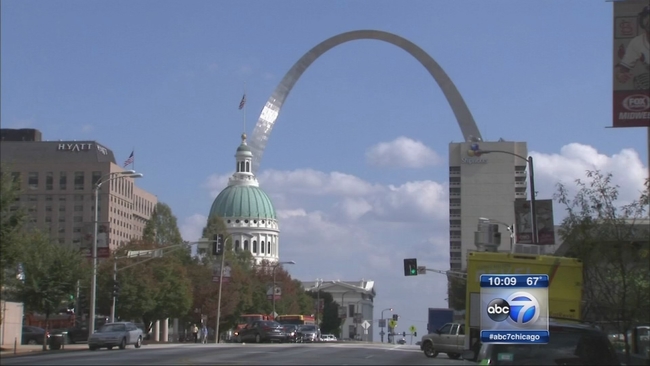