Cubs' Kris Bryant avoids trade speculation, wants to be 'in the loop' 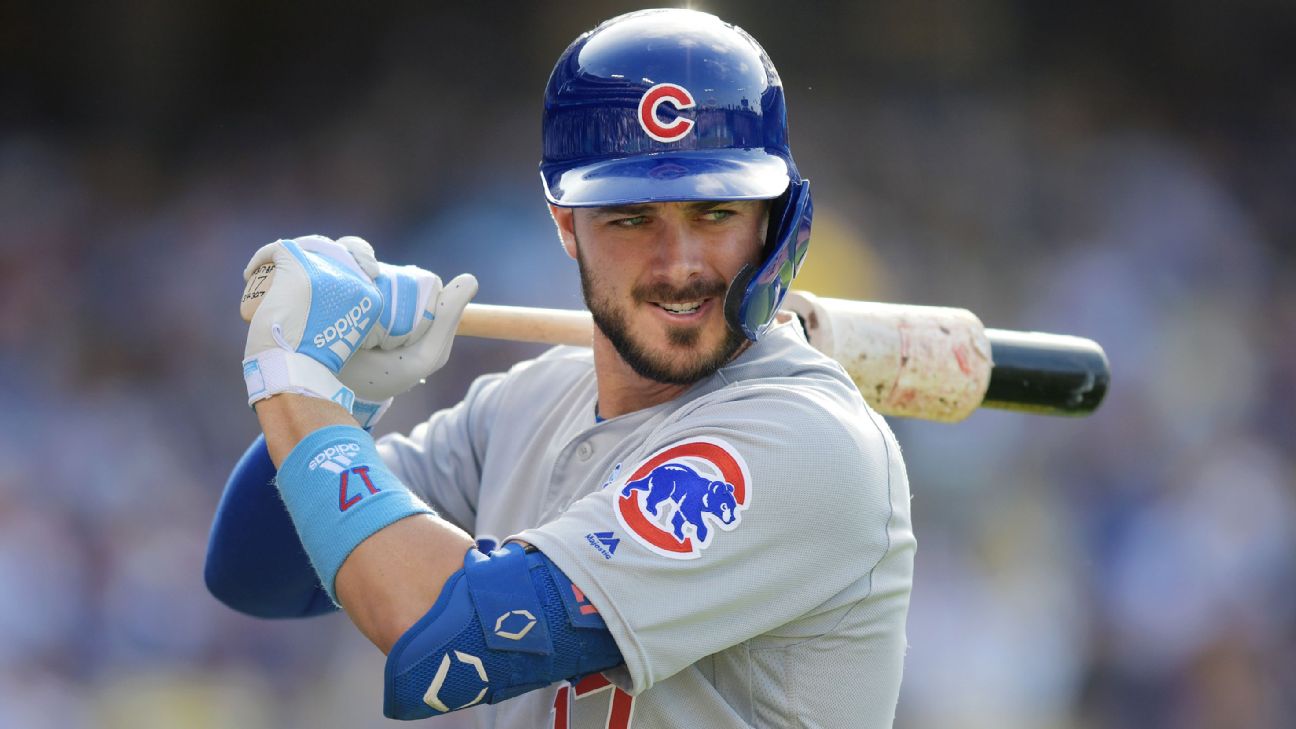 ESPN
By Jesse Rogers
MESA -- Guitar lessons and shopping for baby stuff. That's how Chicago Cubs star Kris Bryant filled his time in the offseason, all while avoiding social media.

Bryant, 28, was aware his name was being mentioned in trade rumors but mostly from screenshots sent by friends. He did his best to avoid the speculation, but it wasn't easy.

"I understand it, but I do my best to tune it out," Bryant said after reporting to Cubs camp on Saturday. "It's hard. It's really hard. ... Twitter is the worst thing in the world.

"I always expected to be here. Pretty happy about it and ready to get going. ... I've had a lot of doctor appointments and baby stuff and getting a nursery ready."

Bryant and his wife, Jessica, are expecting their first child, but will the baby grow up in Chicago or elsewhere? The team has indicated they are open to moving anyone, and Bryant's name has been mentioned, in part, because he'll be a free agent in two years.

The former MVP seemed perturbed by the speculation, especially any rumors indicating that he turned down a massive contract.

"The biggest thing with the trade rumors, which has disappointed me, is 'let's get rid of him now because he doesn't want to be here in two years. He turned down this monster extension, well north of $200 million.'

"Where was that? I never saw that. These rumors and sources and people saying things. And never once did I say I didn't want to play here."

As camp begins, any possibility of a trade seems less likely. And while Bryant didn't exactly demand any assurance he'll be with the club when it opens the season in Milwaukee next month, he wouldn't mind it.

"I would like one," Bryant said. "I guess I would like to be in the loop a little bit, and it's safe to say they obviously don't have to keep me in the loop by any means. I feel like I've earned a little respect here.

"I don't want it to be a distraction. I've always wanted to go with the flow and be here and be present and not be the guy that distracts people. But I can't control any of it."

Bryant, who lost his service time grievance against the Cubs earlier this month, was bothered more by reports that he was unhappy with the team than by the outcome of the grievance itself.

"It's absolutely ridiculous seeing things like that," Bryant said. "That's not who I am. I don't believe in holding grudges. There are no hard feelings whatsoever. I completely respect this organization and what they've done for me and my family. I just saw this as a process that's going to help the players in the next round of negotiating. It was important for me to stand up for what I believe in and what players believe in."

Bryant was held back in the minors for 10 days at the beginning of the 2015 season, which enabled the Cubs to keep him under team control for an extra season. His beef is more with the system that allows that to happen than with the team itself.

"I knew it was an uphill battle going into it," Bryant said. "I saw it through to the end because it was something I really believed in. My mom and dad told me to always stand up for what I believe in. There is definitely no hard feelings, so let's put that narrative to bed.

"It would have been great to win. I lost. You move on."

The result means he'll remain a free agent after 2021 instead of 2020. He's hopeful the grievance will put the issue front and center when the next round of collective bargaining takes place between the league and players.

"I believe this is right and it's going to help us in two years," Bryant said. "This last round, the players really took a whupping. It's up to us to fight for things that are right."

As for his future, he's come to understand how the business works, starting with the luxury tax. It's keeping some team payrolls down, according to Bryant, and it sounds like the Cubs might be one of them after they paid the tax in 2019.

"Certain teams are less likely to use it as that [a salary cap], but definitely it's a shame to see it being used that way. Maybe we need to experience this and see how bad this really is and fight for stuff that needs to be changed."

He's sure of one thing: The Cubs have plenty of money if they want to spend it.

"I know that we just got this new [television] network for a lot of money, and the Cubs are one of the most profitable teams out there," Bryant said. "And one of the most desirable teams. People want to always go to Wrigley Field and watch a game." 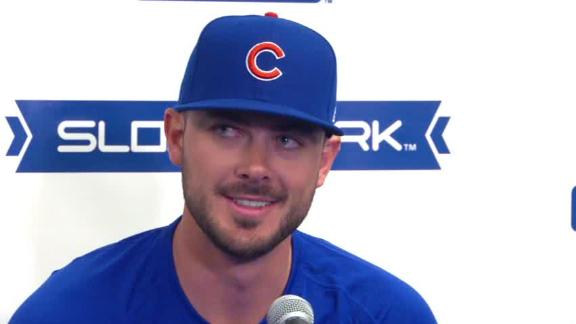