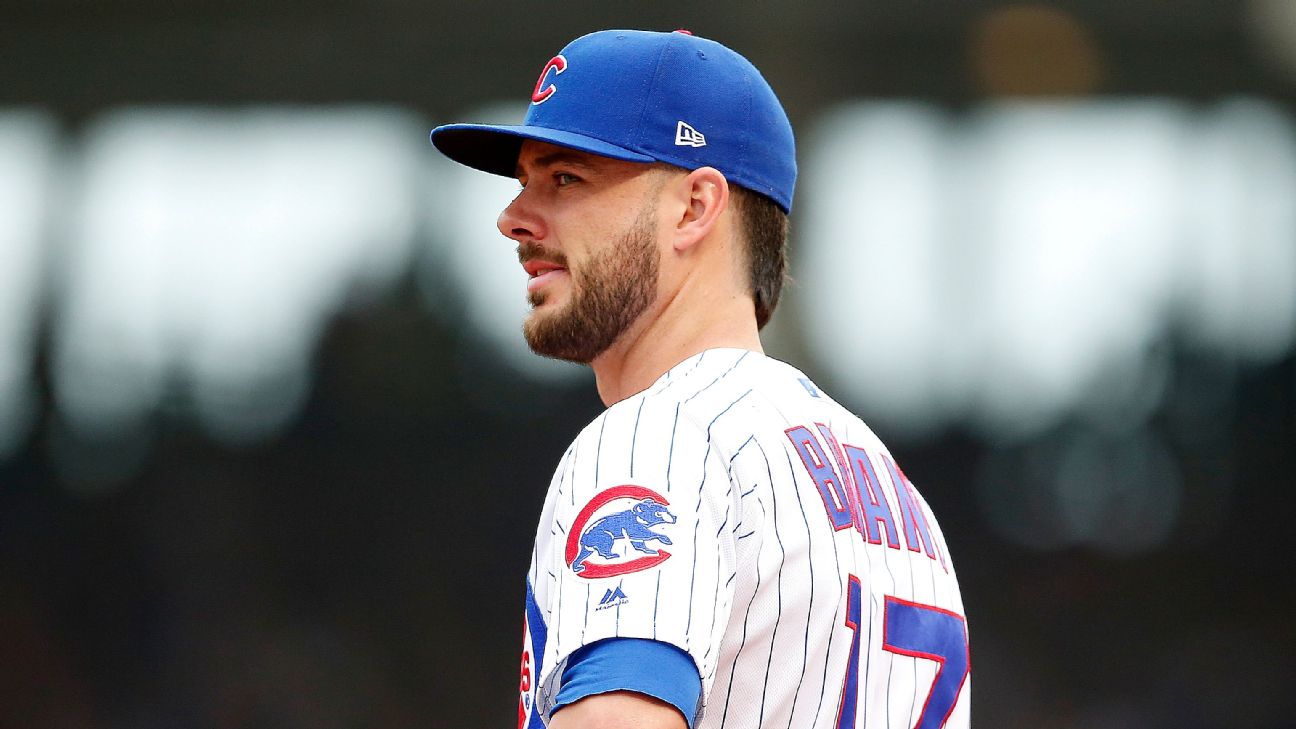 CHICAGO -- Cubs third baseman Kris Bryant will miss at least the next couple of days after getting an injection in his left wrist to manage an injury that has bothered him for about a week.

Bryant, 28, rolled his wrist while diving for a ball in the outfield on Wednesday against the Cleveland Indians. He finished the game, hitting a home run moments later, but missed the next two contests. In the four games after his return, Bryant was 2-for-16 with five strikeouts. Overall, he is hitting .177 with a .271 on-base percentage as the Cubs' new leadoff man.


"I think the best thing for Kris and the Cubs right now is to wait and see," manager David Ross said. "We'll wait until the off day and see where he's at."

Bryant has been plagued by some nagging injuries the past couple of seasons, including an ankle ailment last year. He has previously dealt with a shoulder issue.

He'll be out until at least Friday.


"You could definitely see him trying to push through it a little bit,'' Ross said. "Finally he just came in after the game yesterday and felt like he needed to do something a little more.''

The Cubs have a doubleheader against the St. Louis Cardinals on Wednesday before a day off Thursday.