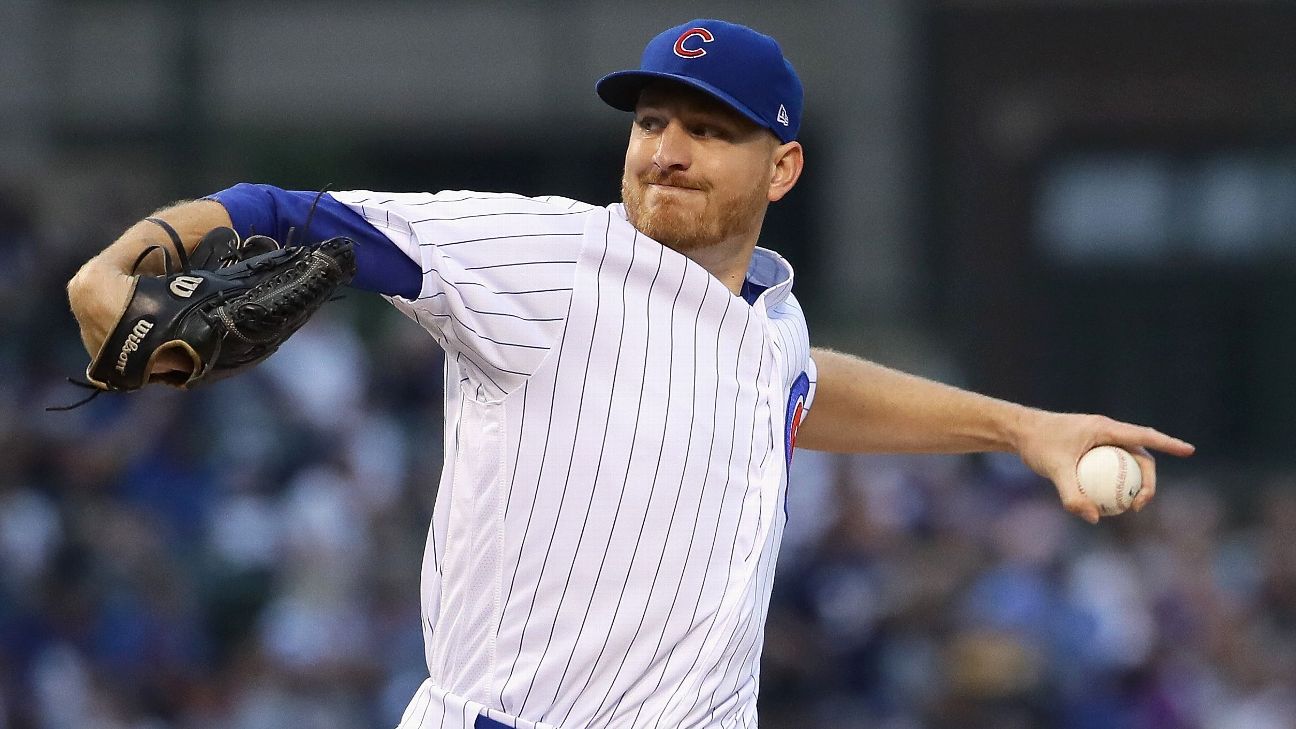 CHICAGO -- Sometimes a player makes the decision for you.

That's what Chicago Cubs fill-in starter Mike Montgomery is doing for the rotation as he continues to pitch like he wants no part of returning to the bullpen once teammate Yu Darvish is healthy.

"I pitch well, good things will happen," Montgomery said after the Cubs' 2-1, 10th-inning win over the Los Angeles Dodgers on Tuesday night. "I've always thought that. Opportunities, you have to make the most of them."

The Cubs were in need of another solid outing from the 28-year-old after losing the first game of a doubleheader while taxing the bullpen. Manager Joe Maddon was looking for six innings out of the left-hander and had no reason to expect anything less. After all, Montgomery's first four starts of the season featured the following stat line: six innings, one earned run. He has been the model of consistency. Tuesday was no different.

His numbers against the Dodgers? You guessed it: six innings, one earned run.

The Dodgers were 17-7 when a lefty took the mound against them this year, so Montgomery's task was a tall one. And he didn't exactly make it easy on himself by allowing the leadoff man to reach base in each of the first four innings. He had all sorts of baserunners to deal with, but navigating around all of that traffic made his outing that much more impressive as he became the first Cubs pitcher since at least 1908 to allow one run or fewer while pitching at least five innings in each of his first five starts of the season.

It has been working, forcing fantasy players to run to their keyboards and the Cubs' brass to their chalkboards, to figure out how to keep Montgomery in the rotation once Darvish's triceps is healthy and he can return to action.

Darvish could return around July 1, so the decision looms. While the team contemplates what to do, so can we. Here are some options:

Send Tyler Chatwood to the bullpen, at least for a start or two, to work on his game as he continues to pile up walks. His short stint in Game 1 forced the Cubs to use up their bullpen, which left them in a precarious position considering that closer Brandon Morrow (back) wasn't available. It has been difficult for Chatwood to find his game. This would give him a chance to step back.

Give everyone in the rotation, save Darvish, a start off. That would buy the Cubs some time and buy some extra rest for hurlers who hope to pitch for seven months again.

Go to a six-man rotation until further notice. This would also allow for some extra rest without skipping anyone and forcing them from their routines. It's the most likely scenario, as the Cubs have done it before.

"It's prudent to think about a sixth man in the second half, when you start to get tired," Maddon said. "First you have to get Yu well to even think about something like that."

The good news is the Cubs aren't turning away from a good thing while it's staring them in the face. It wasn't long ago that Maddon said Montgomery would return to the bullpen when Darvish was healthy, but recently general manager Jed Hoyer said the team would use "common sense" as it moves forward with a healthy rotation.

Maddon concurred, giving Montgomery a chance to hold on to something he has wanted since breaking into the big leagues: a chance to start.

"I love that challenge," the pitcher said. "I love being in that spot where I'm playing an important role."