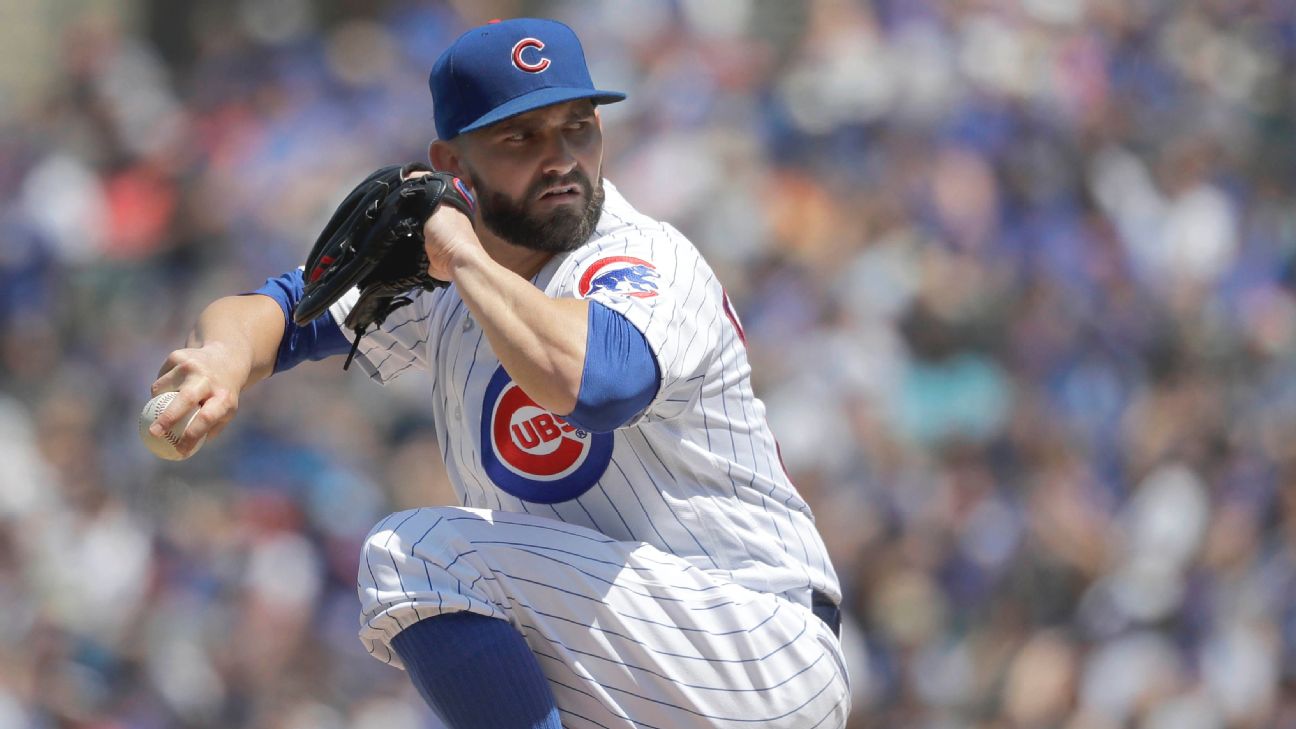 CHICAGO -- Chicago Cubs manager Joe Maddon could have stated the obvious -- that, yes, the team is concerned about a starting pitcher who has walked 56 batters in 58 innings. Instead, Maddon doubled down on backing righty Tyler Chatwood, who walked seven in 4 innings in a 4-3 win over the Philadelphia Phillies on Thursday.

"He was better," Maddon stated after the game. "I know that's weird, but that was better. He had better pace. ... Overall there is a lot to build off of."

That's quite the statement considering Chatwood leads all of baseball in free passes by a wide margin. In fact, going into Thursday evening, he had 17 more walks issued than the next pitcher, the White Sox' Lucas Giolito. Chatwood and Giolito are the only two hurlers who have walked seven or more batters in two games this season. Chatwood has walked five or more in a whopping eight starts this year -- but he claims progress as well.

"Today is the best I felt in a while," he said. "Obviously the results weren't there. Physically I felt good. I felt like the ball was coming out [good] for the most part. Obviously, I walked way too many guys, but it's a step in the right direction even though it didn't look like it."

At least Chatwood and Maddon can admit it kind of sounds silly to claim progress when the walks continue to pile up. Somehow, Chatwood's ERA is only 3.86, though he's often been bailed out by his bullpen, as he was on Thursday. Brian Duensing relieved him in the fifth with the bases loaded and promptly got pinch hitter Maikel Franco to pop out to end the inning.

Chatwood has refined his motion, eliminating his full wind-up in his last start, so perhaps the new look needs more time. But it was hard to see the progress on Thursday as he missed badly on several ball fours and hit a batter. He was all over the place -- and that's with a home plate umpire (Nick Mahrley) who was one of the most friendly to pitchers last season.

According to ESPN Stats & Information, Chatwood increased his walks per nine innings to 8.64, the highest in team history, yet even his catcher on Thursday found some positives.

"I was very impressed with his ability to continue to execute his pitches," Chris Gimenez said. "From what I've seen in the past, he was having a harder time doing it. ... The stuff was a little more crisp, a little more sharp. Execution-wise he did a better job as well."

Was Gimenez watching the same game as everyone else? Defending a teammate is admirable, but it's hard to find sharpness in anything Chatwood did.

The Cubs don't have many options to turn to with Yu Darvish on the disabled list, which has swingman Mike Montgomery already in the rotation. So they'll keep trotting out Chatwood, who signed a three-year, $38 million deal last winter.

"Let's keep moving it along. I saw better. I know the numbers don't necessarily agree with me, but I'm OK with that."