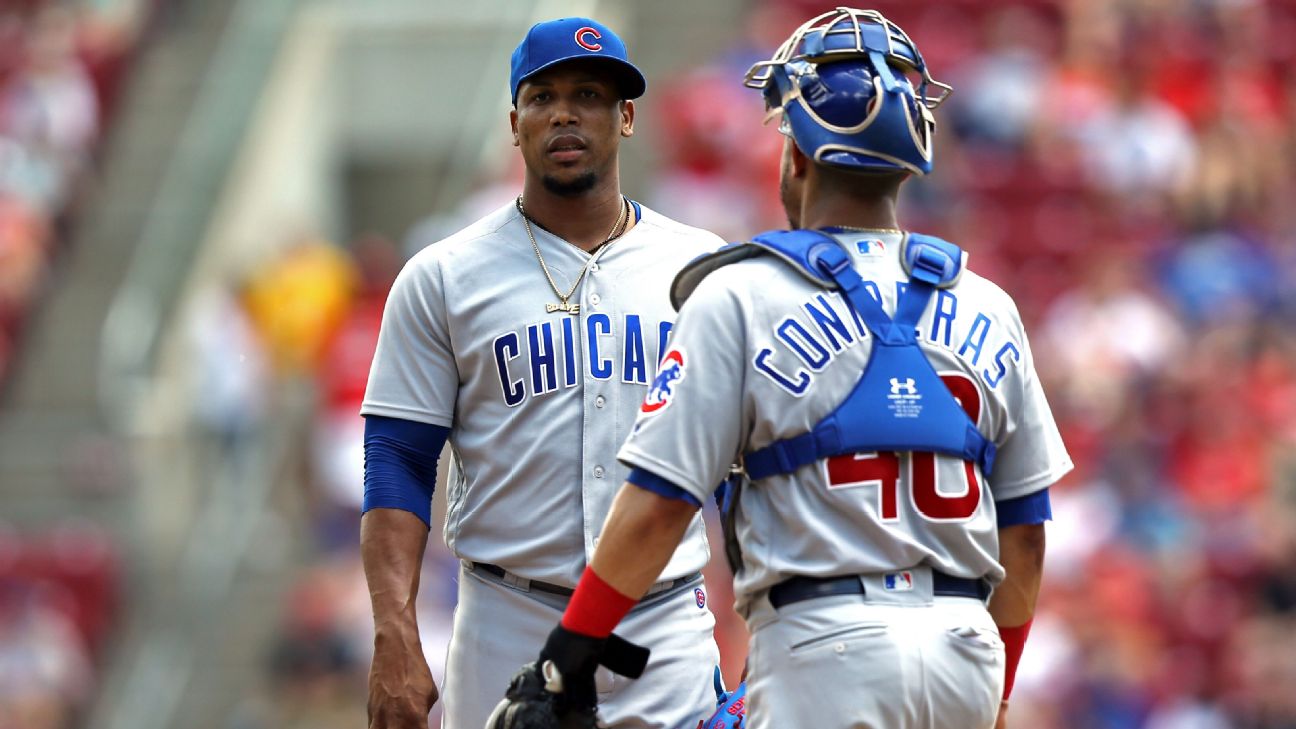 CINCINNATI -- Chicago Cubs manager Joe Maddon must feel like every move he makes is the wrong one right now, as his team was swept by the last-place Cincinnati Reds after an 8-6 loss on Sunday. The Cubs were outscored 31-13 in the four games.

The Cubs led 5-0 on Sunday, but a move to the bullpen once again backfired, as reliever Pedro Strop gave up a three-run home run to Jesse Winker on his first pitch. It was part of a seven-run seventh inning that turned a 6-1 deficit into an 8-6 lead for the home team. According to ESPN Stats & Information research, the four-game sweep was the first by the Reds against the Cubs since April 1983.

Strop said he had no command of his fastball, as five straight batters reached base after he relieved starter Mike Montgomery with two on and no outs in the seventh. This came one day after reliever Brian Duensing allowed inherited runners to score in another Reds win. It has been a disturbing trend for the Cubs this month while they play without top bullpen arms Carl Edwards Jr.(shoulder) and Brandon Morrow (back). Cubs relievers have allowed more than 40 percent of inherited runners to score in June after allowing just 19 percent in May.

"Sometimes it doesn't work out," Maddon said. "Give the Reds credit. They really did swing the bat well."

That's the secondary storyline, as Cincinnati is 29-30 under interim manager Jim Riggleman after starting the season 3-15. The Reds are not a typical last-place, rebuilding team, but the Cubs are built for October, and with another four-game series in Los Angeles coming up, things can slide the other way quickly.

"It hurts," infielderJavier Baezsaid. "We do get mad, but at the end of the day, that doesn't make you better. It gets everything out of you, but you still have to make adjustments."

Some might be critical of Maddon's bullpen moves, as a few of his relievers might be overworked, but both Duensing and Strop were well rested before they imploded. Right or wrong, whomever Maddon calls upon seems to be getting hit hard right now.

There are other issues as well, as the Cubs are leaking water in plenty of facets of the game. The defense, starting pitching, offense and, of course, bullpen came up short over the weekend.

"They kind of kicked our ass this series," Montgomery said.

The relaxing news for the team is it's been here before. In fact, coincidentally, in each of the past two Junes, the Cubs have struggled mightily, only to right the ship after the All-Star break en route to back-to-back division titles.

"We beat the Dodgers two out of three [last week], and we're the best team since the 1927 Yankees," Maddon said Sunday morning before the latest loss. "Then Cincinnati beats us for three days, and all of a sudden, it's doom and gloom. I cannot live my life that way."

Tell that to Cubs fans who are on an emotional roller coaster that won't end Monday in Los Angeles. The Cubs will allow 2012 second-round pick Duane Underwood to make his major league debut, as starter Tyler Chatwood left the team Sunday for the birth of his first child. It's just another stumbling block for the Cubs, who have trailed the Milwaukee Brewers in the standings for most of the first half.

As the team packed to leave Cincinnati, Maddon preached calmness. He and his coaches are wearing bib overalls for the trip to Los Angeles. A four-game sweep by the Reds -- during which the Cubs allowed six or more runs in each contest of a sweep for the first time since 1970 -- isn't changing that decision.

"This was pre-planned," Maddon said of wearing overalls. "You still eat. You still sleep. You still pet your puppy and move on." 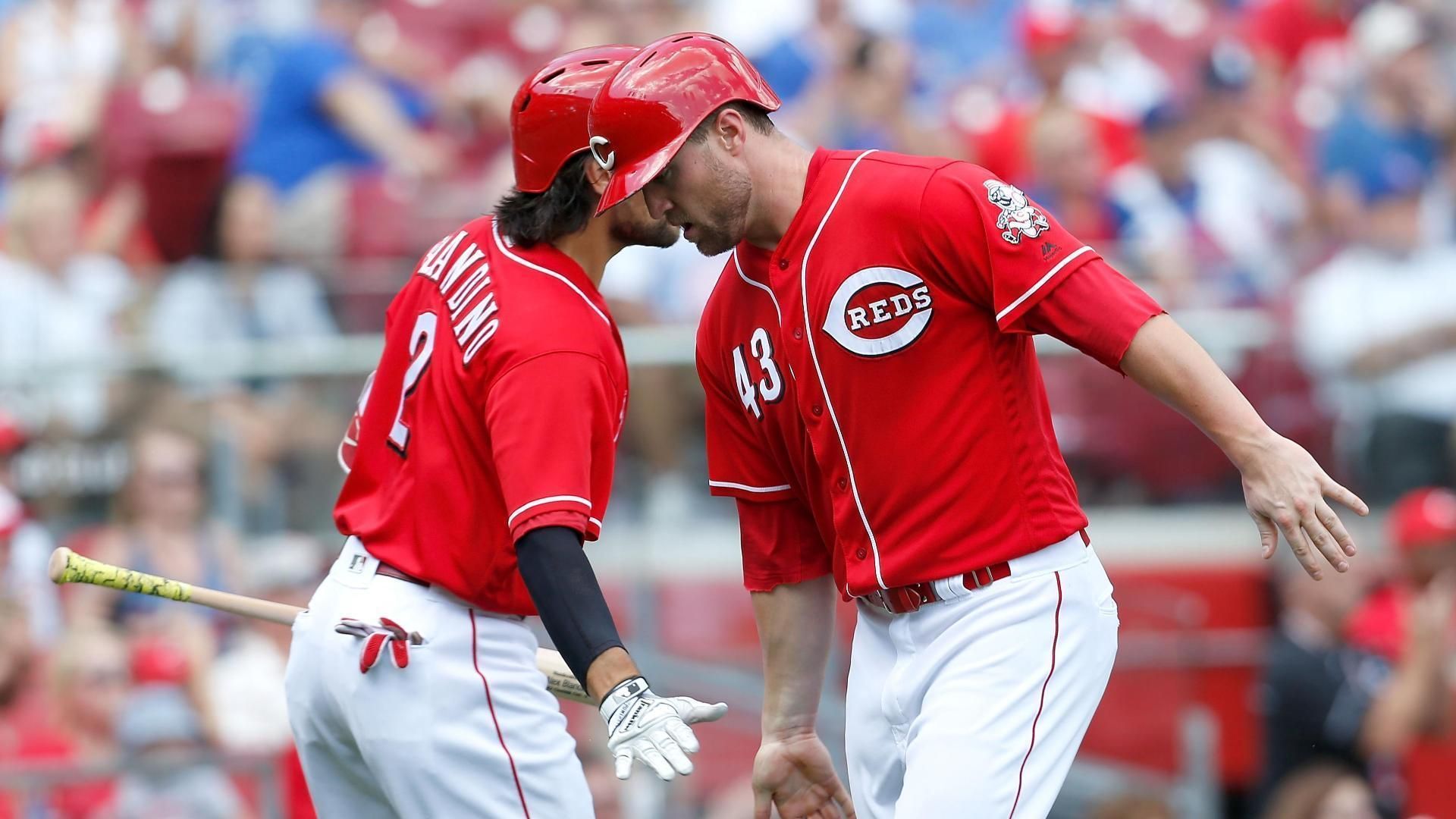