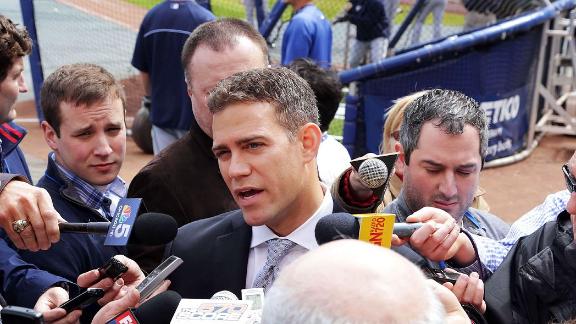 "In the five years under Theo's leadership, he has brought in a strong executive team and acquired and developed some of the best players in the game. Now, the results are on the field. My family and I have no doubt that we have moved closer to our goal of delivering Cubs fans the World Series Championship they deserve," Ricketts said, adding that the contract "ensures the baseball operations team assembled by Epstein will continue its remarkable tenure of building a consistent championship contender."