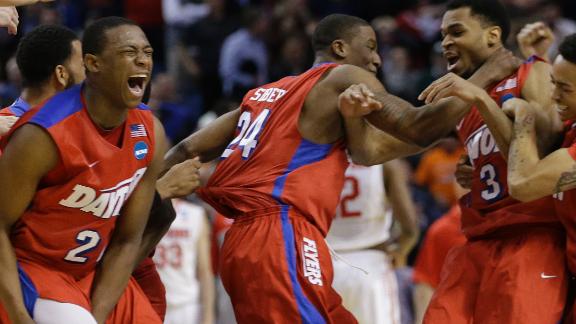 Dayton, which has advanced to the Sweet 16 of the NCAA tournament, has extended the contract of coach Archie Miller through the 2018-19 season, the school announced Monday.

"It's a privilege to be the head coach at the University of Dayton," Miller said in a statement. "We are thrilled about our future. The University of Dayton has everything it needs to be among the best. We have great fans, a totally committed administration, and the key pieces are in place."

Negotiations began in December and the extension was signed in February, but Miller asked that it not be announced during the regular season to avoid potential distractions.

The Flyers are in the Sweet 16 for the first time in 30 years, and Miller's 62 victories in three seasons with the Flyers are fifth-best in Dayton history.

"The University of Dayton is committed to a national-level basketball program, and this contract extension demonstrates our belief that Archie Miller is the right leader for our program," athletic director Tim Wabler said in a statement. "We are proud of the academic and competitive success he has led over the last three years, and the momentum of the program is on the path we expect."