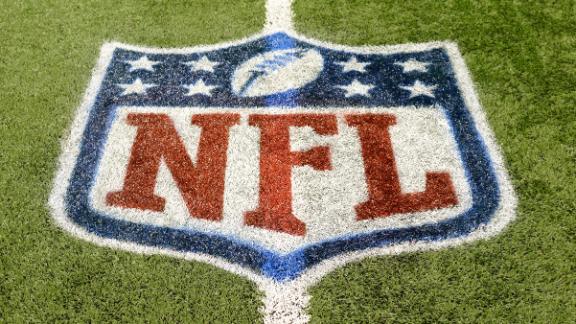 WASHINGTON -- In an unprecedented step, agents from the federal Drug Enforcement Administration conducted surprise inspections Sunday, targeting the medical and training staffs of visiting NFL teams, in an effort to determine whether they violated federal drug laws governing the handling and distribution of prescription painkillers, "Outside the Lines" has learned.

A federal law enforcement official with knowledge of the investigation told "Outside the Lines" that the inspections were motivated by allegations raised in a May 2014 federal lawsuit, filed on behalf of several prominent NFL players, who allege that team physicians and trainers routinely gave them painkillers in an illegal manner to mask injuries and keep them on the field.

"The Drug Enforcement Administration has a responsibility under the Controlled Substances Act to ensure that registrants who possess, prescribe and dispense controlled substances are following the law."

Spokesmen for the San Francisco 49ers, Tampa Bay Buccaneers and Seattle Seahawks all acknowledged that DEA agents showed up to inspect their medical staffs after their teams' respective road games Sunday.

"What we were told was they are random checks of team physicians as they travel to see if anyone is transporting controlled substances across state lines," 49ers spokesman Bob Lange said after Sunday's game against the Giants. "The 49ers' medical staff complied, and the team departed the stadium as scheduled."

NFL spokesman Brian McCarthy later also issued a statement, saying: "Our teams cooperated with the DEA today and we have no information to indicate that irregularities were found."

"I think it's great that the DEA is taking this seriously," said Phil Closius, an attorney representing the former NFL players involved in the ongoing federal lawsuit. "We alleged back on May 20 that the NFL was issuing these controlled substances and prescription medicines in an illegal manner, and nobody has really disputed the factual basis of that claim."

Sunday's inspections were administrative in nature, Payne said. They were not conducted with search warrants, and no arrests were expected to be made.

As "Outside the Lines" first reported in January 2011, the DEA has taken steps in the past to inform NFL team doctors which treatments they can and cannot provide to players, particularly when they travel for road games.

Under the federal Controlled Substances Act, doctors cannot give players prescription drugs like Vicodin, Percocet and OxyContin outside of the facilities where they are registered with the DEA to prescribe those controlled substances, and trainers are not permitted under the federal drug laws to ever provide prescription medications to players.

But according to a federal law enforcement source with knowledge of Sunday's inspections, the DEA has reason to believe those laws are frequently violated, particularly by visiting NFL teams.

"NFL doctors are not obtaining a separate registration where they are administering controlled substances to NFL players. They are administering in different states and treating players at hotels and stadiums outside of their registered location with the DEA," the source said.

The DEA also has reason to believe that visiting-team physicians may not be keeping "readily retrievable documents" that spell out which prescription drugs are administered and to whom, the federal law enforcement source said.

"Our intelligence suggests controlled substances are not properly logged to specific players," the source added.

"If doctors don't get players back on the field, you think they're going to continue to be the team doctor?" Closius said when asked about the NFL culture that routinely demands players play with pain.

The federal lawsuit, filed in the northern district of California, includes 10 named plaintiffs, including members of the celebrated 1985 Chicago Bears Super Bowl team, Jim McMahon, Richard Dent and Keith Van Horne, but could grow to include more than 1,300 former players if the court eventually certifies the case as a class action, Closius said.

A federal judge said last week that he wants to hear from the players' union before ruling on a recent NFL motion to dismiss the case. The NFL Players Association is expected to file its response to the court on Wednesday.

Payne, the DEA spokesman, declined to speculate on any future actions by the federal agency.

DEA Questions NFL Teams About Dispensing Drugs
Adam Schefter breaks down the latest on the DEA visiting NFL teams in an effort to determine whether they violated federal drug laws governing the handling and distribution of prescription painkillers.