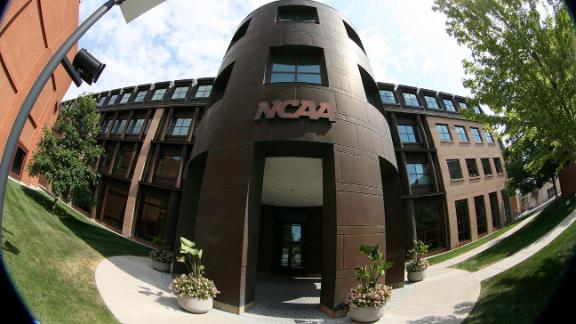 Court documents filed in Pennsylvania show that the NCAA and investigators from a firm hired by Penn State University to conduct a wholly independent investigation of the university's handling of the Jerry Sandusky child sex abuse scandal worked closely in the investigation.

The firm, led by former FBI chief Louis B. Freeh, published damning conclusions about Penn State's "lack of institutional control" that the NCAA used as the basis for its sweeping sanctions against Penn State in July 2012.

The court documents filed Tuesdaybut released publicly Wednesday, obtained by "Outside the Lines," strongly suggest the NCAA provided an investigative blueprint to Freeh. Correspondence between Freeh and the NCAA began less than two weeks after Penn State hired Freeh's firm, with a Nov. 30, 2011, request from NCAA president Mark Emmert to speak by phone with Freeh.

From then on, correspondence and meetings between the groups continued, the documents show:

On Dec. 7, 2011, Freeh and his top deputies met with Donald Remy, the NCAA's general counsel; Julie Roe Lach, then vice president of enforcement for the NCAA; Jonathan Barrett, outside counsel for the Big Ten; and other officials for three hours at the Nittany Lion Inn on the university's State College campus.

On Dec. 19, 2011, Remy solicited input from a Freeh partner about the text of a letter the NCAA was intending to send to Penn State.

The NCAA on Dec. 28, 2011, emailed Freeh's top deputy a list of 32 questions that sought information about the culture of Penn State's football program and university leaders' duty to report suspected criminal behavior.

After the Freeh report was released on July 12, 2012, Emmert attempted to have a direct "principal to principal" discussion with Freeh, an email five days later shows.

The culture of Penn State's football program and university leaders' duty to report suspected criminal behavior were central findings of the Freeh report. The Penn State Board of Trustees accepted all of the report's findings, and the NCAA followed up on July 23, 2012, with severe sanctions: a $60 million fine, the vacating of football team wins from 1998 to 2011, a four-year postseason ban, a four-year scholarship reduction and athletic department probation for five years.

Although the NCAA ultimately loosened some sanctions, the fallout has continued. The documents filed in state court Wednesday are part of a lawsuit filed by Pennsylvania state Sen. Jake Corman and state treasurer Rob McCord that challenges the NCAA's $60 million fine against Penn State. A lawsuit filed by the estate of former football coach Joe Paterno against the NCAA over the sanctions and alleged defamation of Paterno continues in state court.

"Clearly the more we dig into this, the more troubling it gets," Corman told "Outside the Lines." "There clearly is a significant amount of communication between Freeh and the NCAA that goes way beyond merely providing information. I'd call it coordination. ... Clearly, Freeh went way past his mandate. He was the enforcement person for the NCAA. That's what it looks like. I don't know how you can look at it any other way. It's almost like the NCAA hired him to do their enforcement investigation on Penn State."

"At a minimum, it is inappropriate. At a maximum, these were two parties working together to get an outcome that was predetermined."

In a statement, Penn State said, "It has been public knowledge for almost three years that the University had agreed that the NCAA and the Big Ten Conference would monitor the progress of the Freeh investigation. While the NCAA may have made suggestions to the Freeh Group with respect to its investigation, the scope of the Freeh investigation was established by the Penn State Board of Trustees, as set forth in the Freeh engagement letter, not by the NCAA. The University's preliminary review of the NCAA's proposed questions suggests that there are many proposed questions that are not addressed in the final July 12, 2012 report."

Remy has told the court in the Corman lawsuit that the Freeh investigation "was entirely independent from the NCAA."

"Yet based on discovery to date in this matter, this characterization of the investigation is woefully incomplete," Corman's lawyers wrote in the court documents filed Wednesday. "To illustrate, the NCAA's involvement with the Freeh Group was regular and substantive and began nearly from the outset of the Freeh Group's retention by Penn State."

Also among the documents is an email exchange between Cynthia Baldwin, then the general counsel of Penn State, and Remy. In December 2011, Baldwin sent Remy a draft copy of a letter that she was preparing to send to Emmert and the NCAA seeking more time to respond to its concerns about the Sandusky matter. Remy said he'd have some suggested fixes for Baldwin soon. "Thank you," Baldwin writes to Remy. "We await your comments and suggested changes."

Corman said: "It isn't often you ask the person you are writing a letter to pre-edit that letter that will eventually be made public, unless you are trying to orchestrate some kind of outcome. And that's what this looks like."

Remy disputed that on Wednesday: "We had a discussion: 'Do we need to respond to your letter.'To the extent we talked about that, it doesn't show anything other than responsible communication between the NCAA and Penn State so we wouldn't get in the way of their ability to have director Freeh do his independent investigation. ... Mr. Corman's suggestion that it is anything beyond that is a gross mischaracterization of what actually occurred."

Besides those meetings and early communications and providing detailed questions, the NCAA proposed search terms to help Freeh's investigators better search emails, the documents show. Remy also offered to provide a witness list to Freeh; it is unknown whether one was given.

Much of the language used by Freeh at his news conference about his findings on July 12, 2012, covered subject areas that the NCAA had asked about from the beginning: lack of institutional control and the culture problem at Penn State. And Freeh, during the news conference, focused most of his criticism on Penn State's leaders: Paterno, former president Graham Spanier and former university vice presidents Tim Curley and Gary Schultz.

"I'm angry," Corman said. "When you read the other communications we've seen, the NCAA is saying 'we have an image problem.' So it looks like the NCAA was looking to improve its own image at the expense of Penn State. And to do that, they were orchestrating an outcome with Freeh to make it happen ... A lot of people were hurt by the sanctions brought down by the NCAA, and to think it was achieved possibly by this coordination by Freeh and the NCAA makes me very, very angry."

On Dec. 29, 2011, Omar Y. McNeill, the partner and general counsel of Freeh's firm, Freeh Sporkin & Sullivan LLP, thanked Remy, the NCAA general counsel, for emailing a copy of the five-page list of questions. Among the NCAA's 32 questions: "How has Penn State University exercised institutional control over the issues identified in and related to the Grand Jury Report? Were there procedures in place that were or were not followed?" Other questions were, "Describe the culture of the university as it relates to ethical behavior. Describe the culture of the athletics department."

On Nov. 9, 2011, the Penn State Board of Trustees fired Coach Joe Paterno as outrage about the Sandusky allegations engulfed the campus.

Nine days later, on Nov. 18, 2011, board member Kenneth Frazier emphasized the former FBI director's independence and his mandate to find the truth for Penn State's community. "He has complete rein to follow any lead, to look into every corner of the university to get to the bottom of what happened and then to make recommendations that will help ensure that it never happens again," Frazier said then.

At the time, Freeh told reporters there would be "no favoritism" in his investigation. He called that assurance "the main condition of my engagement" with Penn State.

Freeh's firm was paid $8.2 million by Penn State to conduct the inquiry.

The disclosures in the documents filed Wednesday echo a fact pattern in the NCAA's handling of the scandal at the University of Miami. In that case, the NCAA provided a list of questions to a Miami lawyer in a bankruptcy hearing to attempt to glean under-oath responses from a University of Miami booster.

In an email from Remy to a top Freeh official on Jan. 6, 2012, Remy wrote that the NCAA had prepared a PowerPoint demonstration for Freeh's investigators, but it was general in nature and not specific to Penn State. "As discussed, this informational briefing is being provided to your team to illustrate how the NCAA enforcement staff historically has examined issues involving institutional control and ethical conduct," Remy wrote. "We hope that it will be helpful as you independently examine similar issues related to your charge. Of course, it goes without saying that at this time the NCAA does not have an open enforcement inquiry or investigation into ... the issues at Penn State and this presentation is not focused on that institution."

Corman scoffed at that assertion, pointing out that a week earlier the NCAA had provided detailed, Penn State-specific written questions to Freeh's investigators. "This appears to be an attempt to cover something that is obviously an attempt to collaborate and cooperate," he said.

Last week, emails made public in the Corman lawsuit showed that NCAA officials had questioned their own authority to sanction Penn State and that enforcement officials were hopeful that the university would be "so embarrassed they will do anything" when Erickson signed a consent decree accepting historic sanctions in July 2012.

"We could try to assert jurisdiction on this issue and may be successful but it'd be a stretch," wrote Roe Lach, the former NCAA Vice President of Enforcement, in an email on July 14, just nine days before Emmert announced the sanctions against Penn State. "I characterized our approach to PSU as a bluff when talking to Mark [Emmert] yesterday afternoon after the call. He basically agreed b/c if we make this an enforcement issue, we may win the immediate battle but lose the war when the COI [NCAA Committee on Infractions] has to rule."

The emails released last week also show that the NCAA did not believe it had the jurisdiction to act against Penn State. "I know we are banking on the fact the school is so embarrassed they will do anything, but I am not sure about that, and no confidence conference or other members will agree to that," NCAA vice president of academic and membership affairs Kevin Lennon wrote on July 14, 2012. "This will force the jurisdictional issue that we really don't have a great answer to that one."

In another disclosure of court records Monday, a longtime NCAA staff member said the NCAA was "image-conscious" and predicted the NCAA would take swift action against Penn State shortly after the Freeh report was released in July 2012.

In a July 4, 2012, story in the Centre Daily Times, Gene Marsh, who was hired by Penn State to deal with the sanctions issue, was quoted as saying that the NCAA punishing Penn State after the conviction of Sandusky and millions in civil settlements would be "like shooting road kill."

Shep Cooper, an administrator for the NCAA's Committee on Infractions, wrote an email about those comments to Marsh. "For what it's worth, I agree," Cooper wrote. "However, the new NCAA leadership is extremely image-conscious and if they conclude that pursuing allegations against PSU would enhance the association's standing with the public, then an infractions case would follow. I know that Mark Emmert has made statements to the press indicating that he thinks it could fall into some sort of LOIC [loss of institutional control] case."