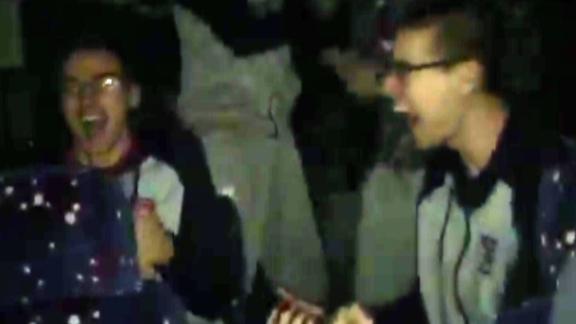 The Dukes tweeted that they had arrived in Pittsburgh after their bus had been stranded in traffic on the Pennsylvania Turnpike since 9:15 p.m. ET on Friday because of the blizzard affecting the eastern United States.

The team had posted a video on Twitter earlier Saturday night celebrating the end of its 22-hour motionless streak.

The Temple women's gymnastics team was also stuck on the turnpike for over 24 hours, but tweeted just before 9 p.m. ET Saturday that it was moving as well.

The Dukes were traveling from Fairfax, Virginia, after their 86-75 victory against George Masonon Friday. The team, which departed Fairfax at 4:30 p.m., was stuck on a stretch between Bedford and Somerset, Pennsylvania, about 80 miles from Pittsburgh.

"I think we're past the amusement part of it, that's for sure," Ferry told College GameDay via phone Saturday evening, when his team was still stranded. "Everybody's OK, everybody's doing all right. We've got a special group of guys here. ... We always talk about focus on the things you can control."

The National Guard was called out to provide food and water as well as chains and shovels, and emergency workers on all-terrain vehicles checked on stranded motorists. Officials closed a 90-mile stretch of the roadway to allow maintenance workers to focus on those who were stuck.

Ferry told College GameDay that his assistants "trudged through all this snow and basically hitchhiked a ride with some security people" to bring back food after the team's supply ran out.

The AccuWeather forecast for Somersetdid not call for more snow Saturday evening, just some clouds. But blizzard warnings remained in effect Saturday night for eastern and coastal portions of the mid-Atlantic, from mountain areas in Virginia to Washington, D.C., Philadelphia, New York City and Long Island, New York.

Ferry said earlier Saturday morning that the team had tracked the storm from the outset and was prepared, adding that his players were in good spirits, passing the time with jokes and watching movies.

"We've got a good group of guys, and we've all just kind of hung out and had a good time with each other," Ferry said. "Watched a movie, guys were goofing and laughing and on their phones. Hours turned into hours and hours and hours."

Temple coach Umme Salim-Beasley said the Owls left Philadelphia for a meet at about 2 p.m. Friday, before they were stuck on the turnpike. She said her team also watched movies and that their provisions held out because they usually travel with a large amount of snacks, "so those came in handy." Shesaid her team's training made spending hours on a cramped bus more bearable than it might be for others.

"We are a gymnastics team," Salim-Beasley said. "So we can get into positions that most people won't be able to get into."

The team also tweeted out photos of members passing the time as they reached the 24-hour mark aboard the bus.

Pockets of motorists were stuck in the westbound lanes of the turnpike south of Pittsburgh, Turnpike spokesman Carl DeFebo told The Associated Press on Saturday. Some of those pockets stretch 2 or 3 miles.

Gov. Tom Wolf said in a statement that the backup was caused when trucks failed to climb hills. First responders were driving ATVs to reach the stranded motorists, Wolf said.

"The safety of Pennsylvanians is my top priority, as many areas across Pennsylvania have been hit hard by this storm, which features heavy snow falling at a fast rate," Wolf said. "First responders from multiple state, county and local agencies are working together to address issues and ensure people are safe."

A similar incident happened in 2014 when the Niagara women's basketball team was stranded on the New York State Thruway for nearly 30 hours after a huge storm dumped 4 feet of snow around Buffalo. 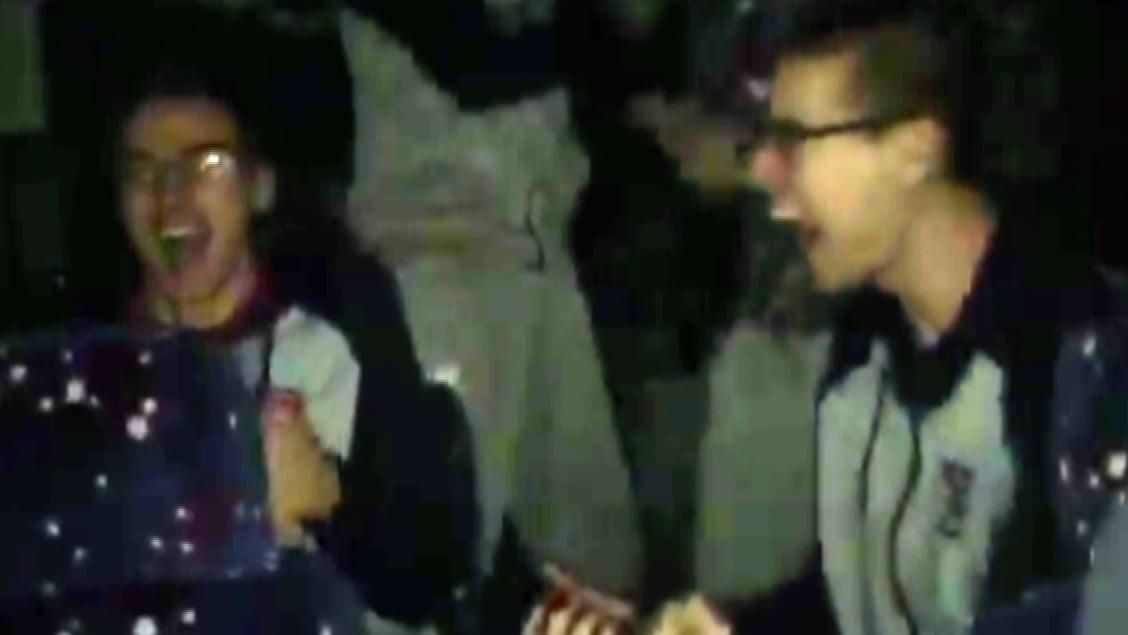 Duquesne basketball team ecstatic over bus finally moving
After getting outside and pushing their bus, the Duquesne Basketball team is extremely excited when they finally get moving. 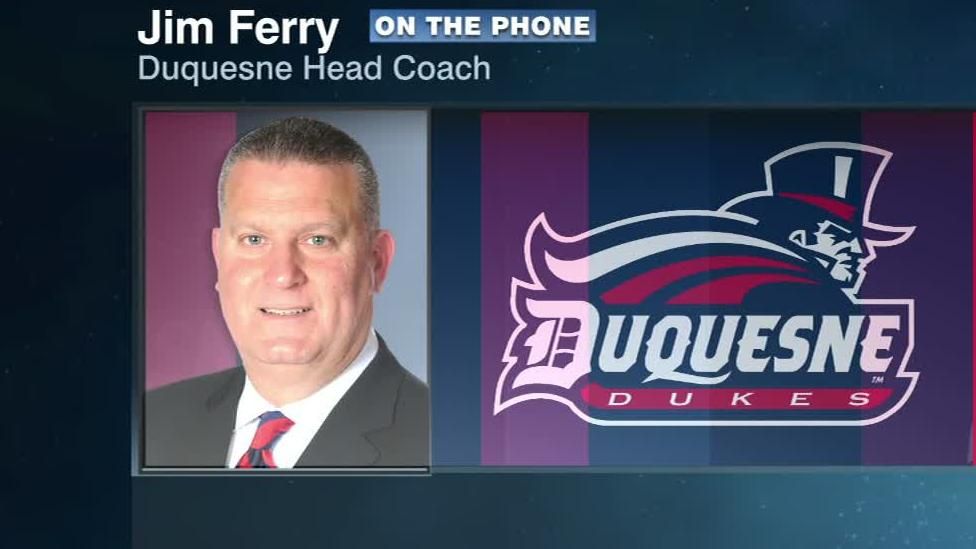 Duquesne's coach: We're just plugging along
Duquesne coach Jim Ferry joins College GameDay to update the situation with his baseketball team being stuck in the snow on the Pennsylvania Turnpike. 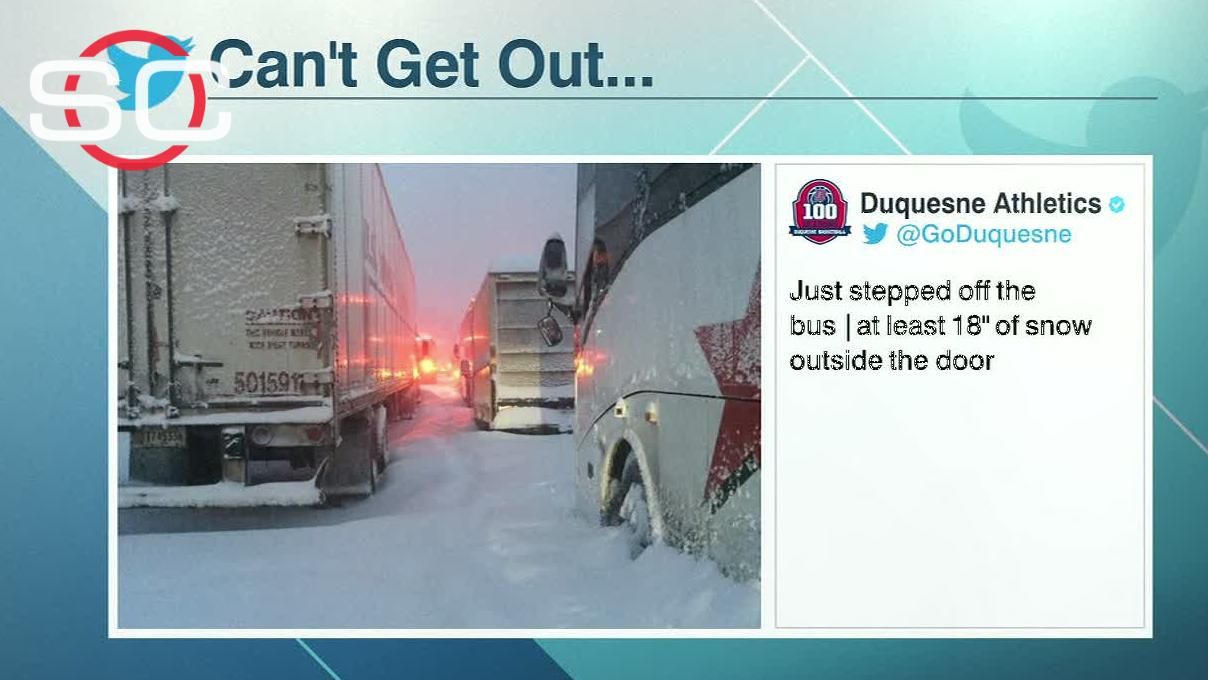