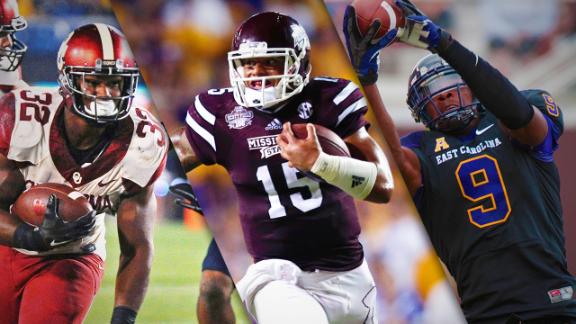 The top seven teams are the same as last week, starting with No. 1Florida State, which escaped 23-17 in overtimeagainstClemsonon Saturday night.

The Pirates are No. 23 after a record-setting 70-41 victory againstNorth Carolina. ECU has beaten Atlantic CoastConference teams the past two weeks after winning atVirginia Tech.

The Pirates were last ranked Sept. 21, 2008. That team finished 9-5 and won Conference USA. East Carolina (3-1) is in its first season in the American Athletic Conference.