Fear Machado in L.A.? Cubs focused on own deadline pursuits 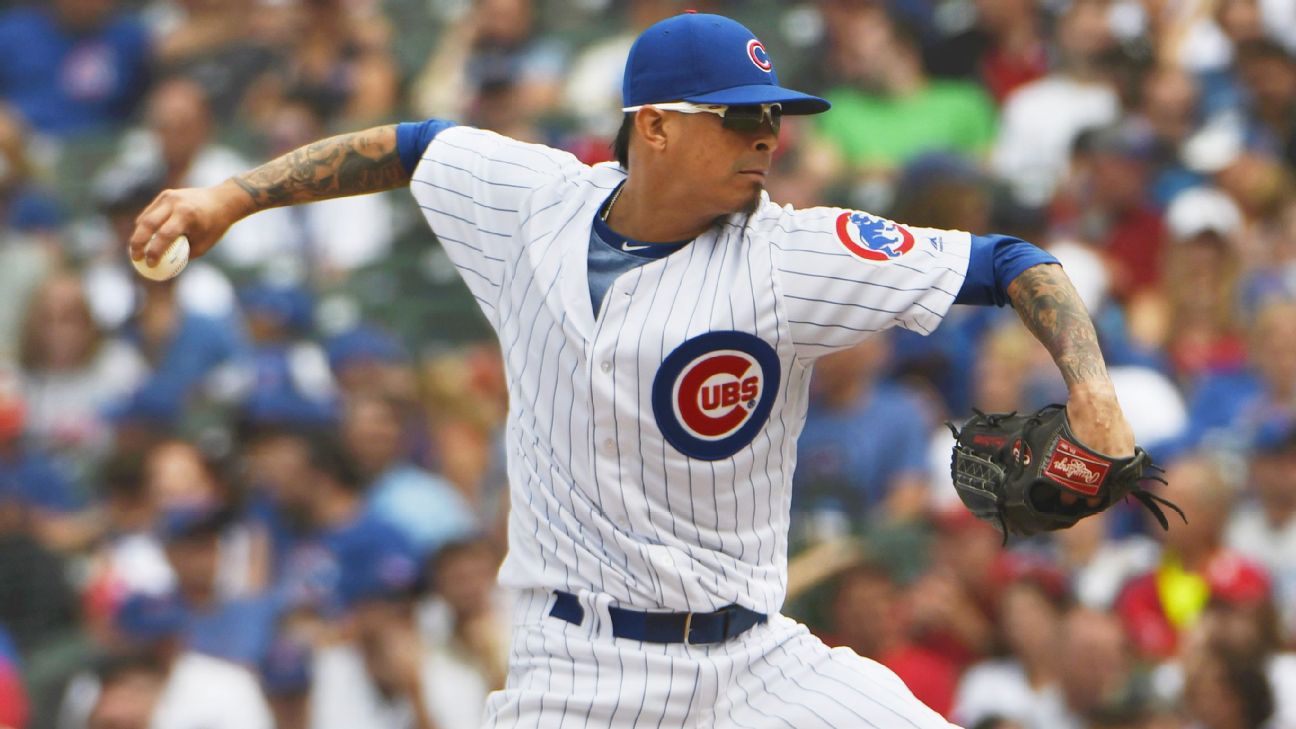 CHICAGO -- The biggest domino of trade season fell last week when the Los Angeles Dodgers acquired All-Star Manny Machado from the Baltimore Orioles. When the next big one falls, the playoff contenders set to meet at Wrigley Field on Monday night might want to get involved. After all, they both have a history of big midseason trades.

The Arizona Diamondbacks brought in slugger J.D. Martinez last year, while the Chicago Cubs hit the July market with big moves in both 2016 (Aroldis Chapman) and 2017 (Jose Quintana). Both teams can use help again now, though in different areas of the game. The Diamondbacks rank mid-pack in scoring while sporting a lowly .309 on-base percentage. The Cubs, meanwhile, can't get any length from their starting staff.

The Machado trade got the attention of every contender and made headlines around the baseball world, including with the oddsmakers. If the Dodgers weren't the favorites to come out of the National League before the deal, they are now.

"It was a really good trade by the Dodgers," Ben Zobrist said over the weekend. "I think that's what they needed. I still like our chances against a team like that if we can get into that position we've been in the last couple of years."

The Cubs and Dodgers have met in each of the past two league championship series, and a three-peat is looking like more and more of a possibility. Both came out of the break atop their respective divisions after spending much of the first half looking up at the leaders.

"The Dodgers are good," reliever Carl Edwards Jr. said. "Before they got Machado they were good. He just makes them that much tougher."

How can the Cubs respond? As you would expect, the front office has said all the right things about not reacting to what another team does, especially one in another division. That has been noticed as well.

"Of course it's nice he's not in our division," Zobrist added. "I kind of assumed he would go to L.A., too. With what they lost [Corey Seager] earlier this year, I thought they would make a strong push."

So this isn't about the Dodgers, at least not for the Cubs. They have to worry about the Milwaukee Brewers, who have been in a tailspin for several weeks. Both teams need pitching, ranking right next to each other in starters' ERA in the NL.

But the Cubs probably don't have the resources to go big for a starter, only for a reliever, which they've been attempting to do after already adding right-handerJesse Chavez last week. Zach Britton could be the major pickup the Cubs seek -- and league sources indicate it could come down to them and the Houston Astros -- but Houston is the leader for his services due to the Cubs depleting their farm system the past two Julys.

A lefty is still a need for them, but Cubs pitchers, especially the struggling ones, are focused on one thing: getting better so there's no need for a trade.

"I don't listen to any of it," Tyler Chatwood said of trade rumors. "We're in a good spot where we are, but speaking for myself we haven't pitched up to our ability yet. Everyone is excited going forward ... we know what we can do, it's just a matter of doing it."

Chatwood has been saying the same thing for much of the season despite continuing to lead baseball in walks by a wide margin. Somehow the Cubs are 10-8 in his starts -- and that's one reason the team is so confident, no matter who another team trades for. The most important part of baseball has been the Cubs' weakest link, yet they are on top of the standings.

"I haven't heard [the Dodgers] are the favorites," outfielder Albert Almora Jr. said with a shrug. "You can't say stuff like that at this point in the season. The team that has the best chance is the one that's hot at the end."

The Cubs are banking on that as well, as they've produced the best second-half winning percentage in baseball since Maddon took over in 2015. He can navigate a 162-game schedule with the best of them, but he still needs the horses. If the Cubs could acquire their version of Machado for the mound, maybe we would see them and the Dodgers in the NLCS once again.

A team can only hope, as can some of its players. Almora and Machado are boyhood friends from Miami. Now they're finally in the same league, perhaps destined to be on the same field in October, as the teams had already completed their matchups against each other before the trade went down.

"I sent him one text," Almora said with a smirk. "Congrats. Hopefully we'll see you in the playoffs. He said the same back."

"He's a formidable player," Zobrist said of Machado. "He changes an offense. He can put teams on their heels, [but] if we take care of our business ..."