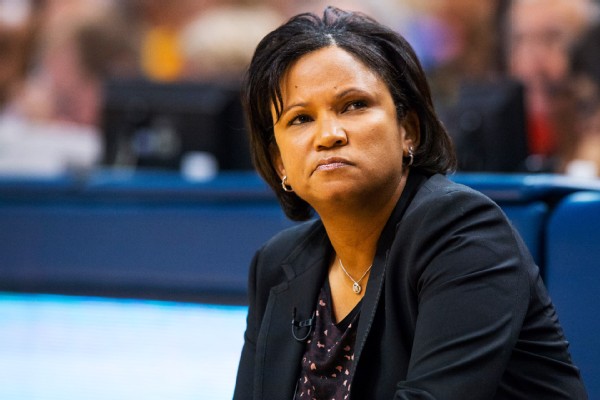 ESPN
INDIANAPOLIS -- The Indiana Fever fired coach and general manager Pokey Chatman on Monday, a day after the team finished with a third straight losing season.

The search for a new coach and GM is underway.

"Our organization is optimistic about our future as we continue to build on our 20-year legacy as one of the WNBA's most successful franchises," said Tamika Catchings, Indiana's vice president of basketball operations.

The Fever finished the season with consecutive victories to go 13-21. They more than doubled their win total of six victories from 2018.

Indiana will play at least its next two home seasons at Butler's Hinkle Fieldhouse because of renovations at Bankers Life Fieldhouse starting next summer. It has the second best chance to get the No. 1 pick in the draft lottery.
Report a correction or typo
Related topics:
sportsespnchicago skywnbaindiana fever
Copyright © 2020 ESPN Internet Ventures. All rights reserved.
More Videos
From CNN Newsource affiliates
TOP STORIES