Finding a way to bring the NBA to the Philippines 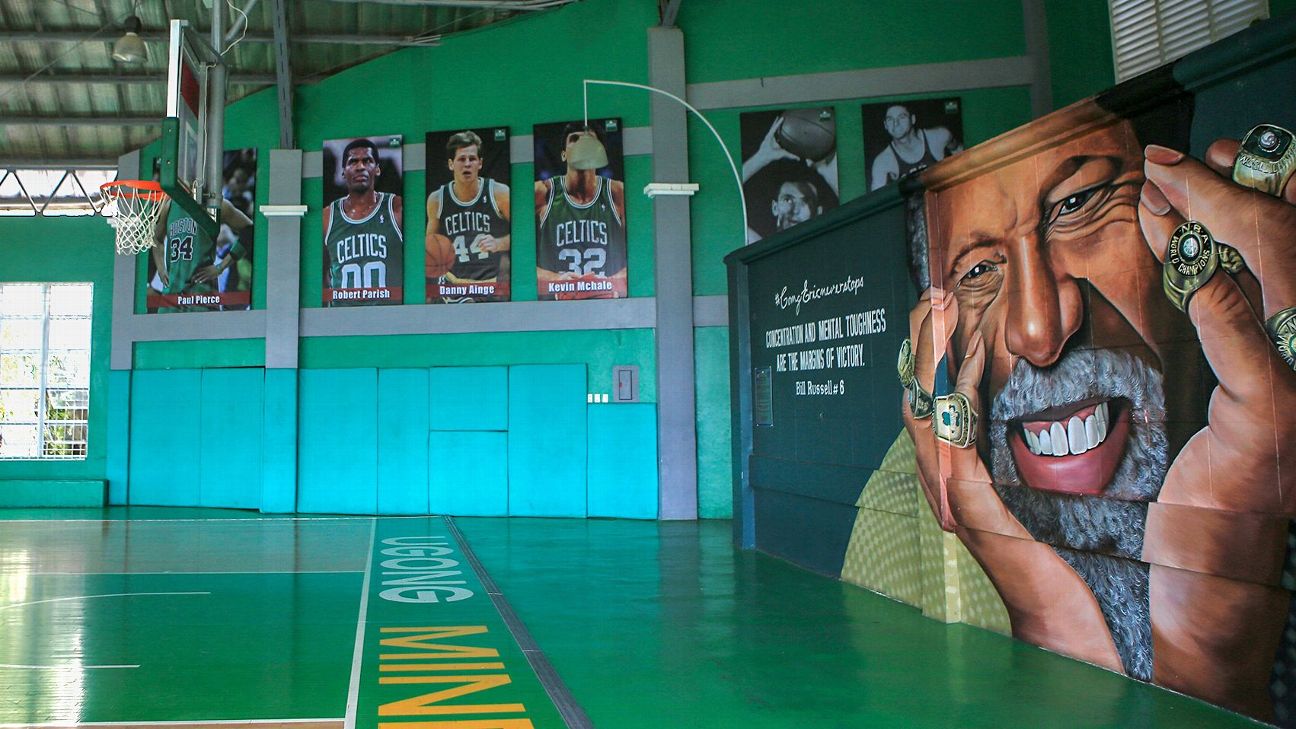 Valenzuela City, Philippines, is a world away from TD Garden, home of the Boston Celtics. But a Celtics fan walking intoThe Shamrock Garden would feel right at home.

The Shamrock Garden in Barangay Ugong is one of several NBA-inspired basketball courtsscattered across a number of barangays in Valenzuela City. The local government, spearheaded by Congressman Eric Martinez, envisioned the courts as a way to promote basketball and honor the history of the NBA.

The Shamrock Garden features photos of key Celtics moments and memorabilia. It was completed in June 2018.According to Martinez, the murals in Valenzuela City were created by local artists.

Kobe Bryant remains one of most popular NBA players for fans in the Philippines.

The court in Barangay Karuhatan was painted in July 2018 and features Bryant's logo at the center of the floor.

They Kyrie Irving court in Barangay Ugong was completed in May 2018.

The Golden State Warriors mural was completed in May 2018 in Barangay Marulas.

The Maysan Corns Basketball Court in Barangay Maysan is inspired by the San Antonio Spurs and opened in October 2017.