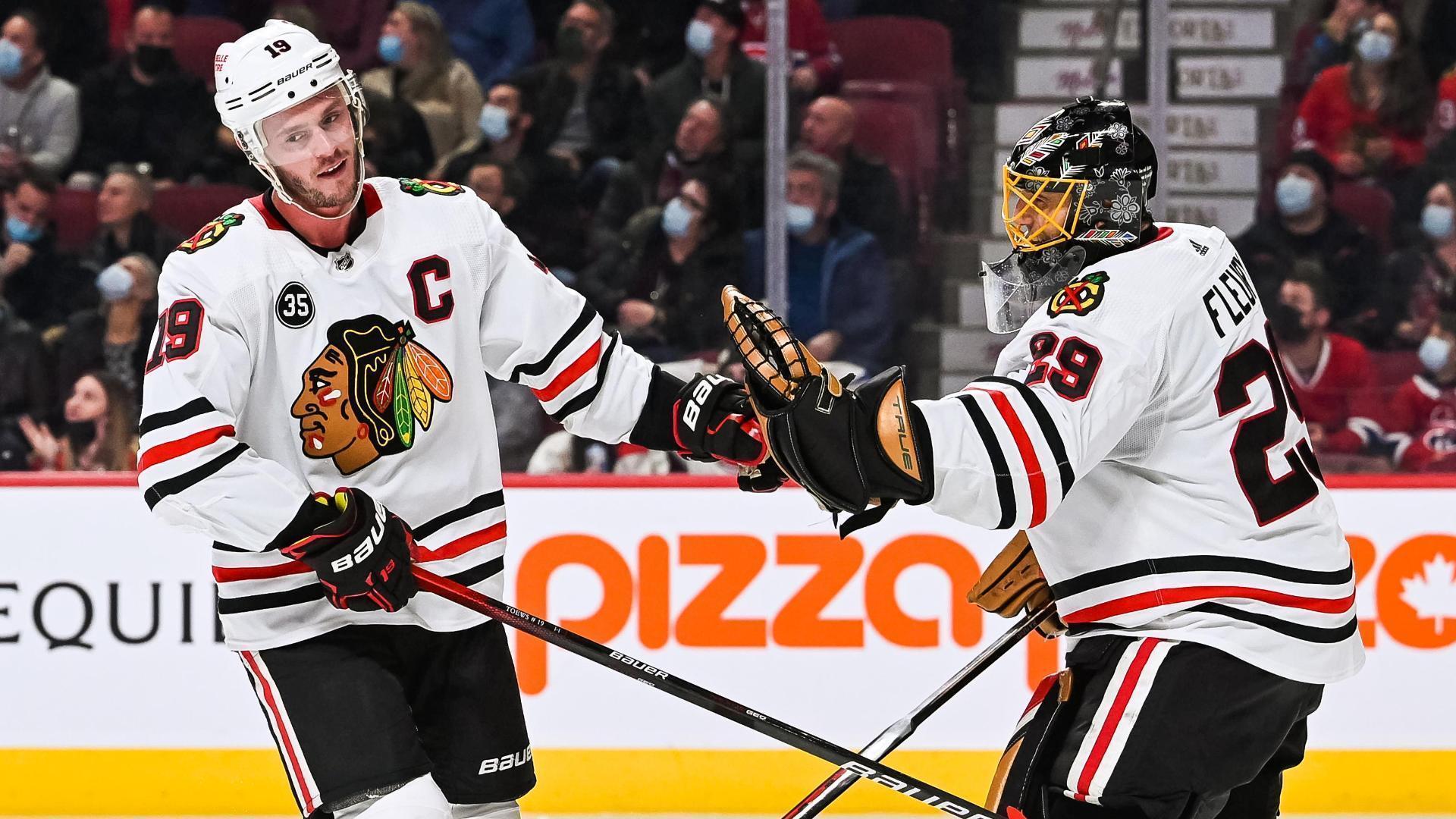 As the clock reached zero, Blackhawks teammates rushed over to Fleury in celebration.


"It was really special. I really thought people in Montreal hated me after all these years of getting yelled at or booed," Fleury said. "I never play my best games here. It's always a rough night in Montreal.

"To finally get a win, the 500th win, with my friends and family in the arena and with the fans' reception it's heartwarming. It's great to be able to achieve this in Montreal."

With a shutout, Fleury joined Martin Brodeur and Patrick Roy as the only NHL goaltenders to reach 500 career victories. Brodeur is the all-time leader with 691, Roy stands second with 551.

"For me, Patrick and Martin are the best," Fleury said. "That's what's fun about hockey, I have fun and all but the feeling of getting a win, that's what I'm looking for. For me the 500 was important, trying to beat Patrick isn't as important."

While he recognizes his bias, King said Fleury has his place among the game's great netminders.


"Roy and Brodeur are elite obviously but I don't get why Fleury doesn't get (recognition)," King said. "Eventually down the road when he retires he definitely should be a Hall of Famer.

"It's unbelievable. Whether it's like 50 home runs or 50 goals or getting over 100 points but this, you're not going to see this often."

Jake Allen had 23 saves for Montreal.

Kane had the opening goal on the tip in the final moments of the first period, intercepting Allen's clearing try and scoring into an open net.

Toews scored at 13:48 of the second period on the power play. It was the Blackhawks captain's first goal since the 2020 NHL playoffs in the Edmonton bubble.


Borgstrom added Chicago's insurance goal 12 minute into the third period. He intercepted Alexander Romanov's pass in front of Allen's net and easily tapped his second goal of the season.

Game notes
The Canadiens broke a franchise record for most games in a calendar year, having played 106 regular-season and playoff games in 2021.